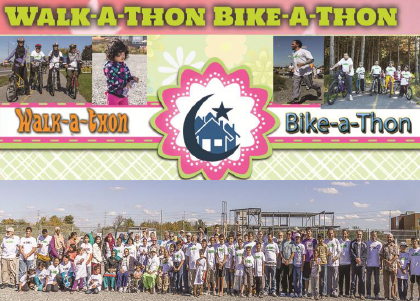 Canadian Muslims consists of people from all across the Muslim world; especially a large number of Muslims of South Asians [Bangladeshi, Pakistani & Indian], Arab [Iraqi, Palestinians, Lebanese, Algerians, etc.], Iranian, African and Somali origin. Most Canadian Muslims are immigrants or children of immigrants. Muslim immigrants came to Canada for a variety of reasons; higher education, employment, family re-unification, religious & political freedom, safety & security, leaving behind civil and ethnic wars. The Muslim community in Canada is one among many ethnic, religious, racial and cultural communities forming the multicultural fabric that makes up Canada.

The Canadian Charter of rights & freedoms guarantees freedom of religion. Canadian Muslims face no discrimination; the wearing of the hijab is allowed in schools and places of work, religious holidays and halal food are also respected.

The first Canadian masjid, Al-Rashid Mosque was built in Edmonton in 1938, when only 700 Muslims were in Canada [4]. Currently Toronto alone have 100+ masjids and Ottawa15+.

As we live our lives, knowingly or unknowingly, we often seek an identity for ourselves or an identity given to us by others; sometimes we do not like it. Without an identity or a sense of belonging, we are often lost or confused or feel marginalized or discriminated or depressed. Our identity is a means to try and understand ourselves, the society we live in and work, the world around us and give some meaning and useful purpose to our lives [5].

As immigrant Muslims, each one of us has 3 important identities; national identity as Canadian citizen, values and way of life identity as Muslims and ethnic identity of ancestral root, such as Bangladeshi, Pakistani, Indian, Somali, Arab, African, Caribbean, or Chinese, etc.

Our Muslim identity is in relation to the Al-mighty God, provides us purpose to our life. We submit to the Will of our Creator and the relationship to our Creator, defines our understanding and knowledge of what is right and what is wrong. This also guides us to believe, how we came to be in this world, whom and what we are here, where we will be after our death and thus what the purpose of our life. Our identity, the Islamic Way of Life – as defined in the Quran and the life of the Prophet Muhammad (PBUH) – gives our Islamic identity; the identity of being a Muslim. [5]

As Muslims, we should maintain our identity; who we are, what we do and why we do it. To do this we should have a strong relationship with Almighty God through sound knowledge of the Quran and teachings of prophet Muhammad (PBUH), establish regular salah and differentiate between right and wrong with moral and ethical values and finally adopt Islamic behaviour in our day to day life. Maintaining an Islamic identity is also being active in society in family and social issues, having a voice and organizing events, interacting, discussing and helping out by volunteering in school, hospital, library and so on. Show our positive behaviour to our neighbours and work colleagues in action not based on color, ethnicity or languages.

As new Canadians, we need to work on to develop a plan and implement an integrated family with an identity and purpose of life; where, kids, youths, adults women, men and seniors, everyone feels welcome and has a role to play and contribute to the society. This will allow us as new Canadians, to be integrated with main stream Canadian society and work hand in hand to enhance family values and the development of the community and society [6].

When our Prophet (PBUH) migrated to Medina – people were divided and he had the task of building a community out of a divided people. The local residents were divided into two tribes, Awush and Khajaras, as well three Jewish tribes. The Prophet (PBUH) developed a strong community, united in diversity out of these three components.

We, as new Canadian Muslims, came from diverse South Asian, Arab, and African background. We need ourselves to get integrated with our own diverse background and varied understanding and practices of our faith. Side by side, following footsteps of our prophet, we should take steps to develop a strong local community with healthy and normal relations with our neighbours, whatever the faith or ethnicity [6].

The recent incidents of shooting in Ottawa, October 22, 2014, motivates us as Canadian Muslims, to embrace our faith strongly like early Muslim migrants in Medina. Let us continue engaging our youths in understanding the meaning and spirit of our faith, so they can pass the banner our faith to future generations. Also we should strive with purpose for our life, to integrate with main stream Canadian society in every aspect of daily life and contribute to those around us and the community – to make our community and the adopted country, Canada, a better place for everyone.

Circular, Elliptic or Parabolic orbit for any Planet/Heavenly body around Sun ...

2018 November issue of Canadian Dream ;Opportunity to Write Your thoughts... 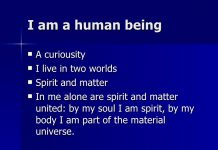 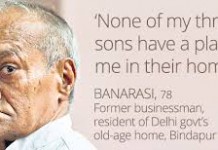 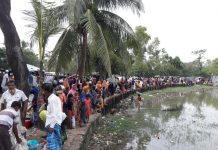