The Quran means recitation, a book which is recited, memorized and put into practice as the life guide by millions and millions, in the past, present and in future, all over the world. The word, Quran appears 70 times [1] in the Quran itself.  It is also  known as Kitab (Book), Ayah  (Sign),Surah (Scripture), Wahy, (Revelation),Tanzil (Sent Down), Zikr (Remembrance), Ummu Al-Kitab (Mother Book), Al-Huda, (the Guide), Al-Hikmah (the Wisdom) and Al-Furqan (Criterion to determine  Right & Wrong, Truth & Falsehood).

It was revealed from the Al-Mighty God, through angel Gabriel (Jibril – AHS), during 23 long years to the unlettered prophet Muhammad (PBUH), at the age 40 until he died at the age 63. The first five verses of the Quran starting with the word Read (Iqra) was revealed in Ramadan on 22 December 609 AD [2], when Prophet Muhammad (PBUH) was mediating in the cave Hira, near the holy city, Makkah, Saudi Arabia.

No human speech can be comparable to it, in form or in content or in linguistic presentation. The Quran, in five verses, challenges mankind to produce something similar to the Quran [1]. “And if you are in doubt concerning that which We reveal unto Our slave (Muhammad), then produce a surah of the like thereof, and call your witness beside God if you are truthful. (Al-Quran, 2.23)

Guarantee of the preservation without corruption. “Verily We: It is We Who have sent down the Zikr and surely, We will guard it (Al-Quran, 15.9).  Zayed ibn Thabit, Ubai ibn Ka’b, Abdulalh ibn Masud, and Ali Ibn Abu Talib as scribes, wrote down the revelations [2]. The prophet (PBUH) encouraged the companions to recite, memorize, learn and teach the Quran. Till today millions of Muslims memorized the whole Quran. Every Muslim memorizes part of the Quran to recite from memory in five daily prayers.  When performing Salah together, during reciting the Quran, if the imam makes a mistake, the listeners promptly rectify him. The prophet (PBUH), in Ramadan during Tarawee, with the companions, used to recite and listen to the Quran. This tradition is followed by millions and millions of Muslims every year during Ramadan.

Picture -1: Best Among Us is the one Who Learns the Quran and Teaches it
Source, https://encrypted-tbn0.gstatic.com/images?q=tbn:ANd9GcQmNLuzH91cqoQ6gctNZcPK6d63Yv8RwoGr3kU_gLyNW5KBv_1_

Compilation in Book Form: When a large number of Huffaz died in a battle with Musalima Kajjab, the first caliph Abu Bakr (RA), assigned Zayd ibn Thabit (RA) to collect the Quran in written form in one volume. Zayd with Ubi ibn Kaab (RA) and others collected the suras from companions written in skin, palm and date leaf stalks, thin stones; verified with the recitations by Huffaz. The complete hand written and authentic copy was with Abu Bakr (RA). After Abu Bakr (RA), it was with Ummul Momenin Hafsa (RA), daughter of 2nd caliph, Omer ibn Khattab (RA).

In about 650 AD, the third Caliph Uthman  ibn Affan (RA),  with the spread of Islam, discovered minor difference in  circulating copies of the Quran in Iran, Syria, Iraq and North Africa. To preserve the sanctity of the Quran, he ordered a committee headed by Zayd (RA) to use Abu Bakr’s copy and prepare a standard copy of the Quran [3, 4].

The Quran compiled by Uthman (RA), 20 years after the death of prophet Muhammad (PBUH), became the standard, from which copies were distributed throughout the cities of the Muslim world [3,5] .The present form of the Quran is accepted by Muslim scholars (Shia and Sunni )  to be the original version compiled by Abu Bakr (RA) [6,7]

Order of Arrangement of Chapters: The Quran contains 114 chapters; divided as Mekkan or Medinan based on, revelation before or after the migration of prophet Muhammad (PBUH) to Medina. Each chapter derives its title from a name or word or quality discussed in the chapter. The chapters are arranged approximately in order of decreasing size but not connected to the order of revelation. Each chapter except the 9th chapter, Al-Taubah, starts with the Bismillah Hir Rahmaneer Rahim.

Linguistic Style, Poetry, Prose and Repetition: The Quran has been described as “rhymed prose” as its chapters are both poetry and prose [5], more poetic in some parts and more prose-like in others.  For example, Chapter 112, Al-Ikhlas, a small chapter has rhythm like a poetry.
Another example, the chapter 2, Al-Baqara, the largest chapter, has prose like format.
The new comers to the Quran, may feel, the Chapters have no beginning, middle, or end [8]. Some others may feel, the verses in chapters have lack of continuity, absence of any chronological order and presence of repetition [9, 10]. Some phrases are repeated, such as Allahu laa ilaha illa Huwa or Khalqa assamawati wal–ardi;have definite purpose with the theme of the Quran. In the Quran, some stories of earlier tribes or prophets, for reasons of learning and lessons, were revealed in piecemeal at different times during a long 23 years but the stories are consistent.

Contents and Themes: The Quran contains roughly 6,300 verses. According to scholars, only 500 verses describe the Islamic law such as Salah, Zakah, Fasting, Halal, Haram, ethics, morality, justice, etc. The remaining 5,800 verses rotates on 6 major themes. God is the author of the Quran, spoken in classic Arabic and Hedirectly address the human being.

The central themes of the Quran are (i) the existence, believe and introduction of  the oneness  of the unique God (monotheism)  and  (ii) the resurrection (life after death), the day of judgement at the end of time, (iii) final destination of heaven or hell fire,  (iv) good & evil,  right & wrong, reward & punishment, ethics & justice (v) mankind, his origin, purpose of life, birth, death, destiny and final destination, and facing  the Al-mighty God on the day of Judgement, (vi) stories of  prophets sent to past tribes and nations. (vii) Finally laws of Islamic rituals and code of morality & ethics.

God communicated with mankind through a group of special, selected human beings, the prophets. The prophets received revelations through angel Gabriel (AHS) and delivered to humanity for their guidance, peace and ultimate salvation. The Quran describes stores of 25 prophets and the message has been identical for all mankind from prophet Adam (AHS) until last prophet Muhammad (PBUH). Hence in the Quran we find the familiar stories of Moses (AHS), Jesus (AHS), Abraham (AHS), and Noah (AHS) as observed in the Jewish Tourah and Christian Injil.

————————————————————————————————
Dr. Emdad Khan is the founder  president of SNMC  since 1999 and founder president of CBET since 2012. He was the System Engineer in Nortel-Ericsson from 1999 to 2011. He was a professor of Computer Science in Bahrain University from 1981 to 1996. He holds a Ph. D.   in  Microprocessor Systems, Networking and Control from  the University of Manchester Institute of Science & Technology (UMIST).
He is the another of 2 books in Computer science and has 20 research papers in Information systems, Computer Science and Engineering. He has written over 30 artifices  in magazine and newspapers on contemporary social issues, immigrants integration and Islamic moral values. 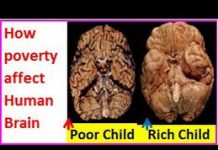 When Poverty Hits the Brain: How Poverty Affects Neurodevelopment and the... 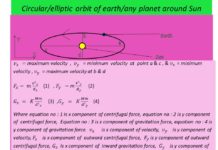 Circular, Elliptic or Parabolic orbit for any Planet/Heavenly body around Sun ...