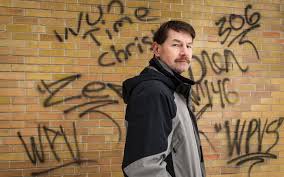 Abandoned, run-down, old, and dirty places covered in spray paint; broken windows and boarded up buildings that suck the life out of a city.

These are the images that pop into our minds when we hear the word graffiti. Widespread graffiti in any city is a sign of a city in trouble. But what is graffiti? Is it always bad? How do we protect against the worst of it?

In Ottawa, graffiti is defined “as the etching, painting or placing of a mark on public or private property”. That gives us a starting point; graffiti is illegally vandalising property and is against the law. Communities generally see it as vandalism and a nuisance. In Ottawa, ‘tagging’, when someone signs an object in some way, has become the most frequently seen form of graffiti in the Ottawa area.

We see ‘tags’ everywhere, on utility boxes, bus stops, and walls and underpasses. For the most part, the City spends a lot of effort, time, and money to clean it up, and it does not always work that well. In the mid 2000s, the City of Ottawa, along with many other cities began to re-evaluate how we understand graffiti and how we would approach it. Rather than just preventing graffiti of all forms, what would happen if it was channelled?

The City of Ottawa has, over the years, put together an impressive graffiti program, not only working to educate and enforce, but creating areas where street art is allowed. There are three components that all come together under the City’s Mural Program. These programs provide an outlet for young artists, and give the City beautiful works of art that it wants. A bonus consequence from this is that ‘taggers’ are less likely to ‘tag’ artwork out of respect for artists, so negative graffiti and ‘tagging’ declines.

The first program really oversees the other two, called the Mural Review Process. This process reviews, obviously, murals that are proposed to be painted. More importantly, it puts artists in touch with individuals who are interested in a mural project. The next program is Underpass Mural Program. Started in 2014, the City has commissioned 4 murals on underpasses around the City. It is a competitive process that brings artists together with the community, provides a venue for Street Art, and is a legal, paying gig. Some of the artwork is quite beautiful, particularly the peregrine falcons at Riverside under Bronson.

Another program is Paint It Up! It started back in 2010, and has provided opportunities for over 700 youth, between the ages of 12 and 22, to work on 43 projects across the city. The program is funded through Crime Prevention Ottawa, and is targeted towards communities that suffer significant amounts of graffiti. Crime Prevention Ottawa works with, and funds projects to create murals to discourage graffiti. This has proven to be pretty effective. There are also 3 “Graffiti Walls” around the City, where artists can choose to express themselves.

The program is about creating better communities. It keeps the City from being overwhelmed by tagging and has allowed artists to work with staff and the community to find a legal way for them to express themselves. This has all been accomplished for far less than the cost of just graffiti removal. The Mural Program has also given the City, and residents and local artists a way to liven up the City by giving it more character and cultural heritage. 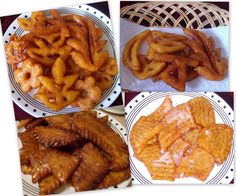 Quote: And when My servants ask you (O Muhammad SAW) concerning Me, then I am indeed near