In the last few years, the majority of the non-mainstream Canadians had worried a lot wondering what direction the government of the day was heading. Whether it was a question of retention of one’s culture, or practicing one’s religion, there seemed a kind of “unwelcome” sentiment. One could feel the presence of such sentiment that was mainly signaled by high government officials. 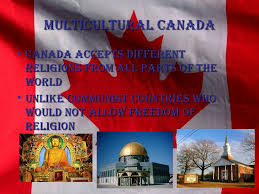 Ever since the enactment of the Canadian Multiculturalism Act, Canada had been categorized as one of the advanced countries in the world that formulated an act to promote pluralism and diversity. And yet, all on a sudden, towards the last few months under the Conservative party, Canadians began to feel that the progress, that was made in area of race relations and pluralism had gone down the tube. There existed a kind of feeling of unease, discomfort and uncertainty among the people of ethnic backgrounds. Sadly, it was so, even though retention and practice of their cultures are encouraged through the implementation of the Canadian Multiculturalism Act.

Many  were shocked to see our recently-ousted Prime Minister uttering the word “barbaric” with reference to the use of  ethnic cultural or religious practices such as Niqab by certain ethnic  groups in Canada. When the now former PM said changes in certain cultural practices are overdue, and that such practices will not be tolerated, I could not believe my ears. I know for a fact that this single statement had outraged pretty well everyone I came across. It made my blood boil. Thus far Canadians have been living under the protection of the Charter of Rights that not just allows but guarantees the right of an individual to practice one’s culture and religion.

This particular slogan and the particular line of argument that the recently defeated Conservative party chose to stick to was so damaging that they could never in their dream ever imagine the consequences. The hollowness of the Conservatives’ vision, their subtle pretenses, bigotry and self-deceptions soon became the subject matter of fierce criticism on the part of the Canadians who saw those in power as somewhat “insane.”

No doubt, there is a lot to say about values, much of which is not readily apparent and agreeable, and much of which may indeed be difficult to embrace by many especially those who harbor bigotry.

Nevertheless, the recent election proved that sanity still prevails among the majority Canadians who wants to embrace each other despite one’s difference in race, religion and creed.With the defeat of the Conservatives, Canadians did not mind seeing the back of the ousted PM. I, like millions of concerned Canadians, was overjoyed and went to sleep with a sigh of relief when I learned about the victory of the party that was running third during the beginning of the election campaign.

We must not forget we ought to continuously give and make space for all members of our society, those inside our institutions, and those outside wanting to be in, to describe their culture, and the experience associated with their location.

Now that the public interest is worked up, will we see some tangible result with the assumption of power by the Trudeau administration? Should we be hopeful for the future? Many of us had painfully noticed how Multiculturalism policies at the federal and provincial levels had been in place for decades. But the rhetoric of Multiculturalism seems to have outstripped the achievements of such polices. No doubt, during the Conservative rule in the last few years, problems had abounded as policies that lacked substance had not been translated into comprehensive and effective strategies to improve access and equity for cultural and racial minorities in Canada.

Evidently, the Liberals have reiterated their commitment to the adherence for an inclusive Canada – the preference is clearly for the transformation of our systems, not the minor tinkering with, but the utter and complete change that comes with true renewal.

What will happen to the controversial bills that had died on order paper with the defeat of the Conservatives? Will they be scrapped by the party in power? Are we expecting rigorous and collective painful reexaminations of the bills that the Conservatives were ready to move ahead with without giving Canadians a chance to express their concerns? Will our collective and diverse values and well-entrenched goals find their place in the transformation of our institutions along side new values of inclusiveness, equalization, community, power-sharing, and deep interest in learning from each other?

No doubt, formation of the new Cabinet is an instance of Trudeau’s commitment to gender equality and representation of demographic diversity. I commend Trudeau for demonstrating his commitment by not just “talking the talk” but by “walking the talk.” I hope Canadians are not going to allow their leaders to lead them by the nose any more. Let us see how the cookies crumble! Let us keep our eyes wide open and ears fully to the ground. Like the say, “seeing is believing!”
————————————————————————————————————————
Mustafa Chowdhury is a retired federal public servant living in Ottawa. He is the author of 71-er Judhoshishu: Obidito Itihash and Picking Up the Pieces: 1971 War Babies’ Odyssey from Bangladesh to Canada.

Gifts of Islam to the Modern World (Part 1) by Imam... 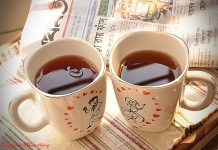 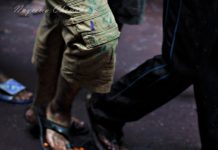 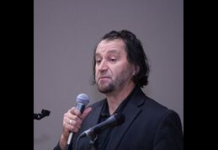