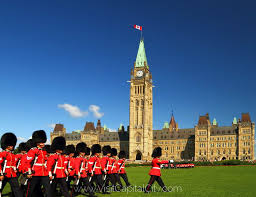 As Deputy Mayor of the City of Ottawa, I was always honored to welcome tourists and business delegations to our great city. We live in a fantastic world class city. As the Nation’s Capital, made up of 900,000 residents, we have much to be proud of. It should be no surprise that Money Sense magazine named Ottawa one of the best places to live in Canada.
My story was like many residents, I came to Ottawa in 1988 to study at the University of Ottawa and never left. After graduation, the city offered many opportunities for personal and career growth. Once my wife and I were blessed with children, we gained a greater appreciation for the many family friendly features and quality of life of our community. Queen Victoria made the right choice for Canada’s capital in 1857 given the natural beauty of the area and its proximity to commercial centres. Over time, history and hard work has transformed our city into a modern and global city. We boast more than 25000 employers of which 1700 are high technology companies. In fact, one in four local workers are employed in the knowledge field. One of the attributes of a smart city is the skills and talents of its citizens. Nearly forty percent of Ottawa citizens have graduate degrees and 9000 have doctorate degrees. Many graduates are from educational institutions in Canada and around the world. I was thrilled to represent the residents of Ottawa when our City was named as a finalist for Intelligent Community of the Year. This recognition highlighted that a world class city has world class institutions. For example, Ottawa’s airport was voted best in the world for its size. We are also fortunate to have a leading health care system with caring hospitals like CHEO. Ottawa is not only a great city to work in, it is also a great place to play. Each year we host over 50 festivals annually and over 30,000 people run in one of Canada’s largest marathons. I am always thrilled to see residents walking over the Vimy Memorial bridge and enjoying the views of the UNESCO recognized Rideau Canal system. I know many residents were proud when the bridge won an international award for its design. We have much to be proud of but we cannot rest on our laurels. Our future success will continue to depend on the energy, commitment and innovation of our residents and leaders. Steve Desroches is a former City Councillor and Deputy Mayor

Quote:cooperation and good understanding among team members, and trust in God,we... 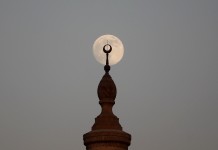 Fasting Month in Ramadan is a Lunar month but not a... 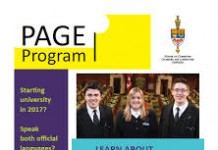