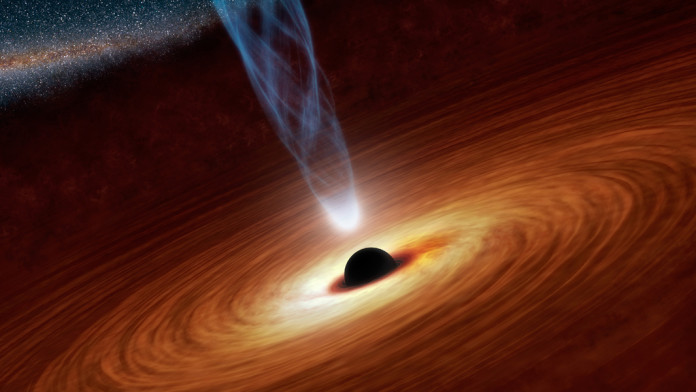 Today, I will write about our own Galaxy Milky Way. The Milky Way is the galaxy that contains our Solar System. Its name “milky” is derived from its appearance as a dim glowing band arching across the night sky whose individual stars cannot be distinguished by the naked eye. From Earth, the Milky Way appears as a band because its disk-shaped structure is viewed from within. Milky Way is just one of many galaxies—now estimated to number as many as 200 billion galaxies in the observable universe.
The Milky Way Galaxy is an immense and very interesting place. Not only does it measure some 100,000–120,000 light-years in diameter, it is home to planet Earth, the birthplace of humanity. Our Solar System resides roughly 27,000 light-years away from the Galactic Center, on the inner edge of one of the spiral-shaped concentrations of gas and dust particles called the Orion Arm. It has over 200 billion stars
As galaxies go, the Milky Way is a middleweight. The largest galaxy we know of, which is designated IC 1101, has over 100 trillion stars, and other large galaxies can have as many as a trillion. Dwarf galaxies such as the aforementioned Large Magellanic Cloud have about 10 billion stars. The Milky Way has between 100-400 billion stars; but when you look up into the night sky, the most you can see from any one point on the globe is about 2,500. This number is not fixed, however, because the Milky Way is constantly losing stars through supernovae, and producing new ones all the time (about seven per year).

It has a halo, but you can’t directly see it.

Scientists believe that 90% of our galaxy’s mass consists of dark matter, which gives it a mysterious halo. That means that all of the “luminous matter” – i.e. that which we can see with the naked eye or a telescopes – makes up less than 10% of the mass of the Milky Way. Its halo is not the conventional glowing sort we tend to think of when picturing angels or observing comets.
Though it may not look like it to the casual observer, the Milky Way is full of dust and gas. This matter makes up a whopping 10-15% of the luminous/visible matter in our galaxy, with the remainder being the stars. Our galaxy is roughly 100,000 light years across, and we can only see about 6,000 light years into the disk in the visible spectrum. Still, when light pollution is not significant, the dusty ring of the Milky Way can be discerned in the night sky. It was made from other galaxies.
The Milky Way wasn’t always as it is today – a beautiful, warped spiral. It became its current size and shape by eating up other galaxies, and is still doing so today. In fact, the Canis Major Dwarf Galaxy is the closest galaxy to the Milky Way because its stars are currently being added to the Milky Way’s disk. And our galaxy has consumed others in its long history, such as the Sagittarius Dwarf Galaxy.
Every picture you’ve seen of the Milky Way is either another galaxy or an artist’s interpretation.
Currently, we can’t take a picture of the Milky Way from above. This is due to the fact that we are inside the galactic disk, about 26,000 light years from the galactic center. It would be like trying to take a picture of your own house from the inside. This means that any of the beautiful pictures you’ve ever seen of a spiral galaxy that is supposedly the Milky Way is either a picture of another spiral galaxy, or the rendering of a talented artist.
There is a black hole at the center.
Most larger galaxies have a supermassive black hole (SMBH) at the center, and the Milky Way is no exception. The center of our galaxy is called Sagittarius A*, a massive source of radio waves that is believed to be a black hole that measures 22,5 million kilometers (14 million miles) across – about the size of Mercury’s orbit. But this is just the black hole itself.
All of the mass trying to get into the black hole – called the accretion disk – forms a disk that has 4.6 million times the mass of our Sun and would fit inside the orbit of the Earth.

It’s almost as old as the Universe itself.
The most recent estimates place the age of the Universe at about 13.7 billion years. Our Milky Way has been around for about 13.6 billion of those years, give or take another 800 million. The oldest stars in our the Milky Way are found in globular clusters, and the age of our galaxy is determined by measuring the age of these stars, and then extrapolating the age of what preceded them.
It’s part of the Virgo Supercluster, a group of galaxies within 150 million light years.
The Milky Way is part of an even larger galactic structures. Our closest neighbors include the Large and Small Magellanic Clouds, and the Andromeda Galaxy – the closest spiral galaxy to the Milky Way. Along with some 50 other galaxies, the Milky Way and its immediate surroundings make up a cluster known as the Local Group.
And yet, this is still just a small fraction of our stellar neighborhood. Father out, we find that the Milky Way is part of an even larger grouping of galaxies known as the Virgo Supercluster. Superclusters are groupings of galaxies on very large scales that measure in the hundreds of millions of light years in diameter.
In the case of the Virgo Supercluster, at least 100 galaxy groups and clusters are located within it massive 33 megaparsec (110 million light-year) diameter. A 2014 study indicates that the Virgo Supercluster is only a lobe of a greater supercluster.
It’s warped.
For starters, the Milky Way is a disk about 120,000 light years across with a central bulge that has a diameter of 12,000 light years . The disk is far from perfectly flat though, as can be seen in the picture below. In fact, it is warped in shape, a fact which astronomers attribute to the our galaxy’s two neighbors -the Large and Small Magellanic clouds.

The warp of Spiral Galaxy ESO 510-13 is similar to that of our own.

What Happens When 3 Empowered Women Receive Your Donations,Steven Zhou –...

Quote: If one door is closed, the Creator will open new... 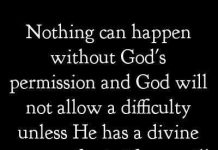 Reflection on Surah At-Taghabun Verse 11 “No kind of Calamity can...