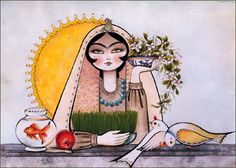 I must admit that I was not fully aware of what Nowruz really represented until I attended an event, which was organized by the students of Carleton University in Ottawa.
I did not know for instance that Nowruz is a non-religious annual celebration on the first day of spring. People in several countries are enthused with the anticipation of hope, better life as well as fine healthy food that this festive season brings along with it. It is celebrated by at least 350 million people worldwide. It is a tradition of 3000 years old, represented in the abundance of hopes and wishes in the form of food gifts of this God giving earth. It is also appreciating the period of the happy mood of receiving warmer weather after a lengthy freezing cold winter. Such celebrations could last for days or weeks depending on the traditional practice pursued by each respective country.
The guests were equally impressed with the evening’s programme which the youth of Carleton University put together having a pleasant looking, bright students all round, who also monitored the programme events on a large wall screen display and synchronized via a laptop.
There were brief speeches each between 2 to 5 minutes long, delivered by a assortment of speakers including but not limited to professors and guessed diplomates. In addition, two educational short video clips were featured adding to the pleasing and the captivating mood of the audience.
Yet, I personally consider that the number in the programme which was most captivating was that of the live Persian Traditional Music performed by a gifted young individual. His performance was no doubt breath-taking and, in my humble view, must have been the golden prize of the show. Evidently, it added to the eminence of the event. I knew that I would attend this event, but I did not ever imagine that I would be so entertained as to also witness a talented young musician in action doing what he obviously does best.
The sunny and fresh warmer weather temperature in Ottawa on the day of the event must have optimistically encouraged the attendance of more guests, as the Senate Room was unmistakably packed with loads of smiling and hospitable faces ready to interact, preceded by a reception at the ground floor of the Robertson Hall. Delicious traditional cookies, fit for the occasion, and juice were served in clear plastic cups, distributed by clean, well groomed and polite students, girls and boys, wearing caring smiles on their respective faces. I felt that service was offered with simplicity and sincere warmth and welcoming smiles.
Instantaneously, after the official ceremony ended in the Senate Room, we were ushered to the next room to line up on a buffet dinner, the aroma of which filled the whole floor, displaying food flavoured with tasty and mild spiced minced beef kebabs, moist chicken chunks that melt in the mouth, savoury Bokhara rice, chef salad plus carefully prepared variety of sandwiches on extra large wheat buns, beverage and water. Desert consisted of mixed fruits which was ready for the take at the end of the meal.
As I was standing and enjoying the food, I chatted with a Canadian-Lebanese business man in the Real Estate. We exchanged views on the inevitable conversational current situation in the Middle East. We hoped and prayed for civility and cool heads to prevail.
Soon after, I found myself standing alone in the distinguished company of two, not one, Charge’d’ Affairs, both from the Middle East and Afghanistan. I was honoured by such company. Our brief conversations led to concurring that many in the developed countries could actually be as good as the western media of the developed world, since they also have wealth, gifted manpower, but seem to lack good and effective as well as credible media equivalent or closer to that of the western world. I thought that the governments of these countries could in fact focus on media by providing incentives to send the best students in these countries to study journalism in the western universities. Perhaps, decades from now, journalism and media standard would be elevated and would reflect positively on the planted seed of such investment. Moments thereafter, the same conversation was somehow repeated at the Senate Room with other guests
Before leaving, we were handed mixed nuts, consisting of fresh almonds and pistachios presented in gift-wrapped small packages. I helped myself to few more packages too at the insistence of one of the students!
The evening was a pleasant one; simple, informative and interactive. I am glad I attended.

Don’t Be Fooled about the Quality of Ottawa’s Drinking Water, Steve...

Bermuda Triangle , the area of great mystery in Atlantic Ocean,Engineer... 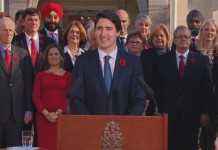 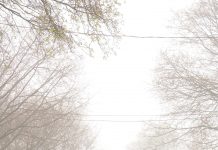