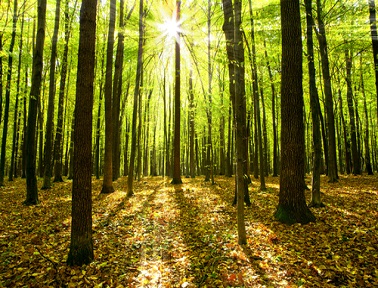 Build in Mathematical pattern in Nature Event , a combination of analogue & digital variable along with cause & effect in pair

Analogue change means a process where a particular parameter changes continuously  as a function of time, but when a parameter  involves a step change in time or changes from one state to another state in zero time then  it can be described as digital change. Most probably most of the events or all the events  in nature involves  either an   analogue change or a digital change or a combination of both along with a chain of cause & effect.  For example one drinking water tank located on the roof of a residential building is periodically filled up at regular interval of time by a water pump located on ground level. The electrical water pump is operated by two level  switches  in  its circuit passing through  tank on ground &  the tank on roof. This will results a situation for water pump in such a way that it will pump water for certain time periodically & will not pump water  for certain time period. During the operation of pump the height of water level will continuously increase  with time which may be described as analogue  change. When the pump stops, the  flow will come to zero in zero time or in no time means a step/sudden  change in the process or a digital change involves there. This is an example of an event which involves a combination of analogue & digital change in pair. Also here the analogue change is the cause & digital change is the effect or a chain of cause & effect in pair exist there.

In the above example if the values of height of water level at different time interval is plotted in graph it will be a linear straight line having a constant  slope which can be described by a linear equation( h = kt), where ”h” is the  height of water level &  it  is a variable,” t” is another variable for time . Here  k is a constant depending on boundary  conditions like area of the tank, capacity of pump  etc . These are not function of time so the event may be represented as an example of presence of Constant & variable in pair or together.

Any human being may face diabetic / heart disease at old age which is result of  continuous food habit, physical activities etc  in his passed life. He does not face it suddenly but it appears slowly in time which is an example of analogue process.  But a diseases may appear suddenly by the intervention of virus/bacteria  in human body   which involves  a sudden/step  change in  health.

A man get such a salary at regular interval of time so that he has constant saving which results continuous increase of his bank balance & this may be  an example of analogue process. But if he wins a lottery or gain money  by selling a property, there will be a sudden increase of his bank  balance, which involves a step/digital change of his financial condition.

Event which is repeating uniformly after regular  interval continuously  is called a periodic event. Example of periodic events are motion of electron in the orbit of atom, motion of planet in the orbit of Solar System  & motion of a heavy metallic ball in semi circular path of a pendulum in ordinary life. In case of pendulum the heavy metallic ball attain zero velocity at the two extreme end of oscillation or at maximum oscillation angle or at maximum displacement  from vertical axis of oscillation located at centre.  The metallic ball attain maximum velocity when the angle of oscillation is zero on the axis at centre and it repeat cycle continuously.  The velocity can be represented by a vector” V1” which has got magnitude & direction both & displacement from axis by another vector “V2”  having phase angle 90⁰ in between them to describe the relation between two vectors. Vector representation of  variables  is very useful  when at least two parameters  are uniformly  changing periodically or repeat the cycle. In the same way  velocity of electron & planet in their orbit & their distance from the centre of elliptic orbit can be represented by  two different vectors  having suitable phase angle in between them depending on the boundary conditions.  But in case of projectile, variables like Potential  energy, Kinetic energy etc  are represented by scalar variables (which has got magnitude only & no direction) as the variation of parameters  are  linear or non linear  & the variables are not periodic in nature or there is no repetition of cycle.

Human body consist of hundred trillion cells & each cell consist of hundred trillion  atoms. Atom consist of elementary particle like electron (one of the basic building block unit of nature or all creatures), composite particles like proton (combination of two up quark & one down quark), neutron (combination of one up quark & two down quark). The charge of electron is constant, but the velocity & distance from centre of its orbit is variable in an atom . If the constant parameter like charge is allowed to change by force (which is not possible) or variable parameters  like distance , velocity etc are  kept constant then either the structure of atom will collapse or it will disintegrate. Same concept is applicable to  the mass of a planet which is constant  & its  Velocity, distance etc are Variable in the Solar System. Most of the creatures in nature  has been formed by micro particle like atom which has got a suitable  definite structure & the Human being can comfortably survive only in a medium size  planet like Earth, which is located in a  structure like multiple planet Solar System  having a medium size Star like Sun at its centre , but not in an isolated  System. Also  Sun together with Earth & all the other  planets  is a member of another suitable structure known as Galaxy  having a Super Massive Black Hole at the centre along with billions of Stars in their orbits & is governed by almost  same laws those  are displayed  in atom. So the simultaneous existence of  constant & variable in pair  are  essential for holding structure otherwise all  the creatures  will disappear.

The presence of constant/variable is also noticed In the structure of family/Social life of Human being. The parent, children are unchangeable or constant means no choice or no alternate  option is available there. Spouse is changeable but it is undesirable as this may cause complete destruction of family structure.. Friends, residence, employment etc, are changeable or variable.

There are uncountable number of mathematical pattern or characteristic or components  that has been displayed in nature , in the existence as a whole & in Holy Scripture also .  All the events in nature or  universe can be connected by very long chain of cause & effect which  ends  at GOD.

Sura Easin 36/36 Glory to ALLAH, Who created in pair (Arabic-Ajwaja) all things that the Earth produces, as well as their own (Human) and other things of which they have no knowledge (Arabic-La Ealamun). 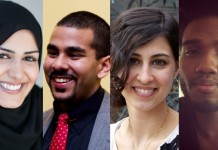 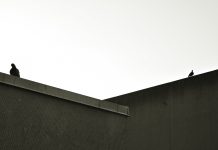 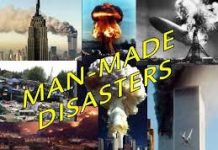 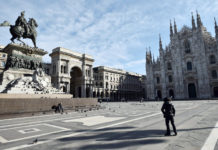