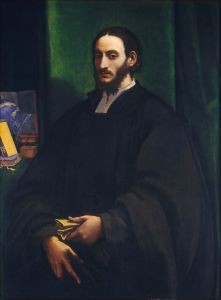 The well known scholar and historian Al Hassan Ibn Mohammed Al-Wazzan Al Fassi was better known to western scholars as Leo Africanus. He was a man from Fez in Morocco. He served in the 15th Century both Sultans and Popes. He remained as the west’s foremost authority on the geography, history and culture of the sub-Saharan Africa for 500 years after his own time.

Leo was writing on matters and things that other writers ignored to write about and as such these things had not attracted their attention. He elaborated on how people lived, how they ate and how they dressed. He also shed light on their habits, superstition, customs and cultural lives. Leo travelled extensively in the tradition of the well known “Ibn Battota, Ibn Khaldoon and Ibn Jubayr”. He was known as a historian with many talents, occupations and adventures. He risked his life against attacks of barbarous tribesmen as well as land, sea and lake vicious animals by physically visiting remote areas, climbed mountains, crossed rivers and the Sahara’s vast lands. His philosophy was simple and effective and that was if he were to document historical and cultural facts, he rather has firsthand experience to witness and be able to write about it.

Western knowledge about the continent of Africa was little more than scattered medieval myths of monsters and classical accounts of headless men whose faces were on their torsos! He was considered as the last Muslim intellectual to pass along Islamic learning to the west- the final Steward of a 500 years cultural exchange.

In his book 1 of his History, Leo referred to the Arabians who inhibited the coast of the Mediterranean Sea as people who were greatly addicted to the studies of Art and Science. The Al-Wazzan family were reported to be wealthy and well connected. They probably settled in Fez’s Andalusian quarter, just across the Bon Khareb river from the Karaouine masjid (or Mosque) and its Madrasa which was considered as the most important religious and intellectual centre of a culture deeply devoted to learning. Leo was such a dedicated student that he earned the title of “Qadi” (or judge) at the early age of 14. He travelled and learned a lot from his Al-Wazzan family elders, especially his father, who individually allowed him to join them to many adventurous journeys. His family fled the Spanish conquest of Granada and settled in Fez, Morocco, where Leo attended school at the Karaouine masjid.

He was reported to be frank as well as courageous to write and criticise the barbaric eating habits and the unbecoming behaviours of the rulers, especially the king of Borno who refused to pay his bills on time although he was rich with ready cash to do so. He also cited the destruction of Anfa (now known as Casablanca) which brought tears to his eyes when he surveyed the ruins that were caused by the savage Portuguese attacks. He especially reserved and highlighted the harshest criticism against those who incited disharmony among fellow Muslims and the cloaks of religion. He travelled from Egypt over the desert unto the Red Sea and crossed to Jambu (now known as Yanbu) and Ziddem (Now Jeddah)

African Muslims and even Indians and Asian were often referred to as “Moors”, a term Europeans of the day used freely. As a prisoner, after his ship was attacked and later captured, Leo’s arrival in Rome was chronicled alongside other high-profile events on the Vatican calendar that year, such as baptism of the French Dauphin and the establishment of new churches and religious orders. It was thought that Pope Leo the X might benefit from the unusually knowledgeable “Moor” prisoner when they found in his possession various maps and charts as well as important notes that he carried with him in his travels. Pope Leo the X considered Leo the traveller as no ordinary prisoner since he had intimate knowledge about the Ottoman Turks and the challenges they were facing at the time of Sultan Suleyman the Magnificent against whom the Pope had declared a Crusade.

In addition, this “Moor” Prisoner was thought to possess good knowledge about Africa. That would also be useful for commercial information. Hence, Leo the traveller became a celebrity to the Vatican and to Pope Leo the X himself.

It is believed that Leo the traveller had converted to Christianity. This was apparently common occurrence at the time; Muslims and Jews converted to Christianity; Christians converted to Islam. Leo was therefore baptised on January 6, 1520 by the Pope himself. Leo therefore referred to himself by the Arabic version of his new name as “Yuhana Al-Asad”- (or John the Lion). It is believed that he never heard of his name “Leo the Africanus” which was apparently assigned to him 30 years later by his venetician publisher, Giovanni Battista Ramusio.

Scholars debate the sincerity of Leo’s conversion to Christianity; however the argument is academic, as Leo left no definitive statement on this matter. He did however; leave a hint by relating a story of “a most wily bird” who avoided paying taxes to the king of birds by choosing to live underwater like a fish. And when the king of fish also began demanding payment of taxes, the bird promptly left the water and returned to the sky!

“I will do like the bird,” Leo wrote maintaining that he will eventually return to Africa and then devote himself to his one and only original faith. Hence his seemingly opportunistic survival instinct strategy kept him alive and well long enough to finish writing his book – Cosmographia.

Leo came back to Rome under the protection of Pope Clement VII, who faced at the time various serious challenges including but not limited to the Ottomans encroachment from the east, England’s Henry VIII cutting ties with Rome over Pope Cement’s refusal to grant him a divorce and France’s war on the Holy Empire. While the Pope was preoccupied with those challenges, it is believed that Leo might have probably taken the opportunity to slip away and go back to North Africa. However, there is convincing evidence that Leo, the great Arabian Historian, lived the rest of his days in Tunis (Tunisia).

His books were inspirational as well as informative to those students who were interested to learn and seek knowledge about Africa. Leo Africanus recognised that the Muslim world was approaching a crisis, a transition that later on would lead to partitions and colonisations by foreign powers. Some dimensions of this crisis were the Christian conquest of Spain, the appearance of Sufism and the superstition associated with mysticism, the civil war as well as the decline of the civilization in the Kingdom of Marrakech.
No doubt, Leo’s writings provided vast knowledge, invaluable study material and references to historians dedicated to learn as well as to further their knowledge about Africa.

Our Rideau River – Our Treasure to Preserve, Steven Desroches

Quote:When death approaches for the person,who is near to God, gets...