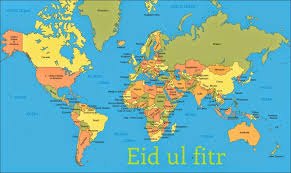 How do you celebrate Eid? By: Farook Aman,  Ottawa

Have you ever asked yourself how do Muslims in different parts of the world celebrate Eid?

While conversing with a group of friends, a lady friend from Ghana asked; how do you guys celebrate Eid in Canada?

Almost instantaneously, Samir, a friend from Jordon responded: I spend a good part of my morning on the phone, after performing Eid Salah of course. It has been a tradition for me to phone my parents and to talk to the rest of the family members in Jordon. Believe you me, time goes so fast while we exchange love and greetings over the phone line. Then I take my wife and the kids to a playground, spend some time there and end up in a fast food restaurant depending on what the kids want to eat. That’s their decision; my wife and I submit to their wish.

Ousabi, a Turkish friend, mentioned that he usually takes his family to the Turkish Islamic Centre, where they perform Eid Salah, then have breakfast at the Centre. Delicious food and sweets are brought by each family to share. After breakfast, the Centre would have a programme for the children, including games, where winners receive outstanding claps of recognition and prizes are distributed to all children. They then perform Zuhr Salah and head home to catch their breath before they either receive friends or relatives or go out and visit.

Abdi, a Somali friend always spends his Eid day with all family members who must first perform Eid Salah at a local masjid. Women would get up much earlier and prepare food for lunch; mostly delicious Halal lamb meat dishes, rice and salad. All kinds of sweets are also served, adding more for those members of the children who managed to fast the whole month of Ramadan. They therefore get special recognition and rewards for their individual effort. Women, men and children will dress up for Eid with new clothes, shoes and head scarves. The house would usually smell of nice perfume.

Prior to Eid day, arrangements are made to slaughter few heads of lambs, cut them into smaller pieces, add spices etc. and then oven-bake them, then serve. Pop and or juice are available for the take. Lunch is usually the main meal menu for the Eid day. After Lunch, sweets and tea are served while an elderly man would normally recite verses from the Quran and offer supplication thereafter. Smiles are a dime a dozen!

Some decide to spend the rest of the afternoon visiting other friends while the majority would head home after giving the children an opportunity of venting out at a playground, if the weather permits. Traditional Eid reward money plus candies are distributed to the children. In most cases, husbands would also reward their respective wives with a cash sum for Eid while others would offer gifts to the appeal of the overjoyed wives. It is nostalgic event full of expressions of love, which the wives appreciate immensely. Some women would make play a ringing sharp music from their throat (similar to that we hear in the movies when native Indians go to war) as a show of joy. It is called ghatarif.

Syed Hassan of Mauritania offered a brief explanation of the way they celebrate Eid. It is mostly love, respect to all mankind, plus, yes.. Lots of Delicious Food.  The women dress up with traditional dresses and jewelry. Some wear special black-marked lines of (paint called khidab) on their hands and a round the chin and neck. Others are satisfied by using Henna instead. The home would smell of special bakhoor (incents) made of special wood, called Oud, which when placed on red hot charcoal, it forms sweet smell smoke.  To top it all; Jaw to jaw smiles are offered free of charge!

Zafer, from Uganda, would usually spend Eid with his wife and intelligent son, Adel, after they have performed Eid Salah. They invited Non-Muslims who live across the street in the neighbourhood  to join them for lunch. They do not do much home cooking, and prefer to cater delicious food from a local Afghan restaurant. This Eid ul Fitre, they recorded an important soccer game and wanted to watch The European Soccer Semi Finals Championship between Wales and Portugal after they had hosted the lunch.

No doubt, the fasting Month of Ramadan is such a blessed month in many ways than one; most of all, once it starts, Allah makes it easy, smooth and fast going. Before we know it, it is fast approaching its end and Muslims in various parts of the globe eagerly prepare for the feast of Eid ul Fitre. The other blessing is the improvement of our health, as we lose weight due to fasting for a lunar month. To top it all, the highest blessing is to gain the blessings and the satisfaction (rida) of our creator, Allah, Subhanaho wa Tala. Glory to Allah

It is a negative note to mention the unfortunate and unwanted immoral criminal incidents that occurred during the Holy Month of Ramadan in the Saudi Kingdom (Medina and Al Qatif) where, of all places, explosions detonated by suicide bombers few hundred meters from the Grave of Prophet Mohamed (SAW), in which innocent guards were wasted and tens more injured in both sites. It is also sad to mention the mass killings of innocent men and women at a night club in the USA during the month of Ramadan. In addition, there were suicide bombings in Aden, South Yemen few days before Eid ul Fitre as well as on the Day of Eid ul Fitre where innocent citizens fell victims to senseless acts of violence. All incidents ascribed to Islamic fundamentalists.

Allah has ordained that whosoever kills one person, it is as if he has killed (Oma) a nation. The Holy Month of Ramadan is the month of Eibadat (sincere devoted Worshipping’s ), love, sharing with the have- not (by giving Zakat) and regular daily recital from the Holy Book of the Quran. How can one commit evil acts to kill innocent people during the Holy Season is beyond any one’s comprehension?

We pray to Almighty Allah to gift t us with Hidayah, love, wisdom and courage to fight off all forms of evil..

For comment(s), please write to: farook_aman@rogers.com 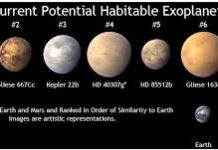 SEVEN INHABITABLE PLANETS IN OUTER SPACE: MARS A CELESTIALPORT FOR... 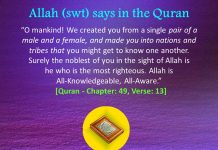 The Quran: What is in it for Mankind? Dr Emdad Khan,... 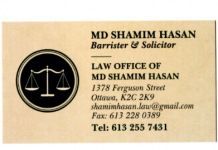 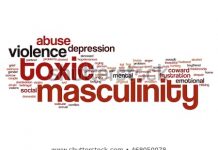