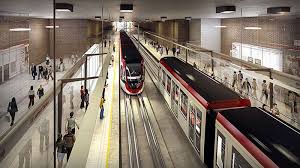 I hope that everyone’s first few weeks of September have been a success in getting back to the routine. The traffic on roads with the return to school and – the increased congestion can lead to a lot of stress and anxiety. But, as it does every year, this spike in pressure on our lives will smooth out and we will all get back to our regular school time routines.

This week, it seems appropriate to talk a bit about the LRT project in Ottawa; since it will go a long way towards relieving traffic congestion for the whole City. The Confederation Line, the one that travels east-west and passes through downtown, has had a number of milestones achieved this summer.

All thirteen stations along the length of phase one of the LRT project are currently under construction, from Blair Station in the east, all the way to Tunney’s Pasture Station in the west. Different stations are, of course, at different phases of completion. These stations will provide access to the 12.5 kilometre Confederation Line.

The Belfast Yard is a key component of the Confederation Line. It is where maintenance and repair of all train cars will be performed, and more notably, where the cars are being assembled now. This summer saw the completion of the tunnel that connects the rail yard to the Confederation Line; this will allow the connection but minimize the disruption to neighbours. The Belfast Yard has already assembled 6 of the 34 rail cars and is in the process of testing the cars, as well as some catenary lines (overhead wire lines for electric cars).

Through the downtown section, there were also some impressive accomplishments. The Lyon, Parliament, and Rideau station caverns have been 100% completed, allowing for increased efforts on constructing the stations and platforms. Additionally, the 3 roadheaders, massive motorized drills that sit 5 metres tall, continue to work their way along the LRT line. The three machines were named Chewrocka, Jawbreaker, and Crocodile Rouge. They travel an average speed of 3 metres per day, chewing through rock and earth to create the tunnels the LRT will travel through. Crocodile Rouge started from the east portal, Jawbreaker from the west portal, and Chewrocka has been working on the central shaft. These major milestones will allow construction to continue through the winter months, keeping us in line with the anticipated timelines for Canada 150.

Wrapping up this week, I want to share some tips on ways to help deal with traffic that have been put together by City staff. Some of these are fairly straightforward, but when we are running around in the moment we sometimes forget. Try your best to plan around the construction that will continue in the downtown, as well as try to shift travel to outside of peak traffic hours. Use alternative travel modes when possible, such as walking, biking, busing, and carpooling if you can.

You can sign up for specific construction project newsletters to be made aware of projects and potential impacts around you. The City also has the Ottawa Nav app in the Google Play store and iTunes. This app can show construction, and overlay traffic information on city maps, a handy, real-time traffic map. Finally, there is the MonTransit app that shows all of the OCTranspo information you need.

Let me know any other tips you would like to share on how to beat traffic in Ottawa. I also encourage you to contact me with questions, concerns, or ideas beyond what I have discussed here.

You can call my office at 613 580-2473, or email me at Jan.Harder@Ottawa.ca. I am also available on Twitter @barrhavenjan. Finally, if you haven’t done so yet, please sign up for my bi-weekly e-letter (http://bit.ly/2bQKDoS) which brings you latest information on the goings-on in Barrhaven and more. 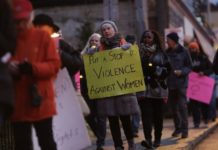 Our life in the light of Islam – Rights Of a... 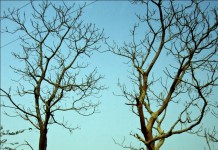 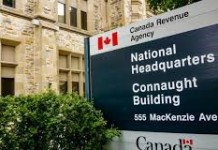 Quote: Blessing: Every Test in our life makes us Bitter or...