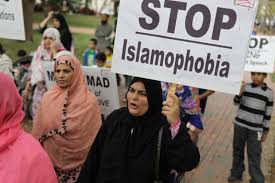 Prime Minister Justin Trudeau continues reaching out to Canadians, stressing that Canada’s strength stems from its diversity and its treating people with respect, equality and inclusion. At least this is his goal, especially with regard to marginalized people, such as the Aboriginals.

Trudeau visited the Ottawa Muslim Association mosque at Eid-al-Adha and lauded the contribution of Muslims to Canada. Muslims of Canada originate from all parts of the world and are different in culture, languages, ethnicity, education and professions. They are united by their faith and love for Canada.

City of Mississauga Mayor Bonnie Crombie also showed respect for the Muslim festival by granting a parking exemption for Eid throughout the city. She said:  “We are an inclusive, multicultural, multi-religious city and country. “

The Canadian government also decided to use the term “Daesh” to describe ISIS/ISIL, which calls itself an Islamic caliphate but which, Muslims say, is neither Islamic nor a state. Numerous Muslims in Canada and elsewhere have described the group as totally against Islamic teachings.

Canadian Muslims told an Environics survey this year that they are proud to be Canadian and Muslim. They say that Canadian and Islamic values are similar. Muslims in Canada  are said to number about 1.5 million, or roughly three percent of Canada’s population according to the latest census.

However, Canadian Islamophobes consumed by bigotry and racism have been promoting suspicion of Muslims, if not hatred. The Postmedia network published a report in the Ottawa Sun and some other papers that was inaccurate and destructive. “Prime Minister Justin Trudeau visited a gender-segregated mosque Monday morning whose imam is a member of a group considered a terrorist organization abroad,” began the report. At the Ottawa Muslim Association mosque, women pray separately, as in most mosques.

It also said that Samy Metwally, the OMA imam, is a member of the International Union for Muslim Scholars which had been designated a “terrorist organization” in the past. The report quoted Daniel Pipes, an American who is notorious for his wild accusations against Islam. However, no imam is likely to get a Canadian visa if Canadian authorities had the least inkling that he was linked to terrorists.

If the reporter had listened to Imam Metwally’s sermons he would have found that, like other Ottawa-area imams, Metwally consistently preaches that serving Canada is a religious duty for  Canadian Muslims, that their religion teaches them to be friendly and helpful to their neighbors and fellow citizens of all faiths and that Canadian Muslims must become productive and loyal citizens. Metwally and other imams work closely with priests, rabbis and other religious leaders to bring all Canadians to work together constructively and in harmony. All Ottawa-area imams consistently denounce Daesh and its barbaric practices.

Not surprisingly, the mosque received threats after the publication of these reports. Indeed, Muslims and mosques have been attacked in some parts of Canada.

Several politicians, the mayor of Ottawa, church groups and other Canadians strongly denounced the false and inflammatory accusations and testified to Imam Metwally’s constructive work  and the OMA’s contributions to Canada.

Not to be outdone by other Islamophobes, a columnist in Postmedia’s Ottawa Citizen commented on the 15th anniversary of the beginning of the West’s “war on terrorism.” The crux of his message was that Western leaders like President Barack Obama and Prime Minister Trudeau avoided direct references to the sources of the 9/11 attacks – Islamism, jihadism, radical Islam.
“When they avoid identifying the source of terrorism, they go beyond appeasement to capitulation,” he wrote.

Canadian and American leaders have denounced Muslim extremists and, along with their Muslim allies, have been attacking Daesh forcefully. This, to the reporter, is “capitulation.” Muslims have loudly denounced killings and brutality by savages who call themselves Muslims.

The reporter listed the attacks by Muslim extremists and the thousands of innocent civilians they have killed. However, the reporter ignored the hundreds of thousands of people killed by the US invasions of Iraq and Afghanistan and the West’s colonial conquests or the military and economic support of the US for Israel that enables it to perpetuate  the occupation of lands, such as Gaza and the West Bank. All of this has resulted in the displacement of millions of people and has doomed them to a brutal and endless occupation.

The Islamophobes do not respect facts. They promote hatred against Muslims relentlessly. It is no wonder that Islam is viewed negatively by most Canadians, though Muslim extremists are also to blame.

Thankfully, Canada is now led by a man of wisdom and principles who promotes mutual respect and harmony. Bigotry has no place in his vision of Canada. Most Canadians are also fair-minded and they respect and appreciate their fellow Canadians of all faiths.

Languages is an unique & efficient instrument for transmission of... 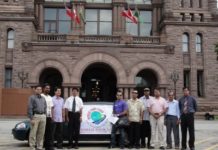 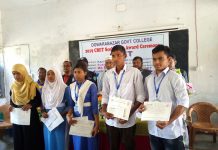