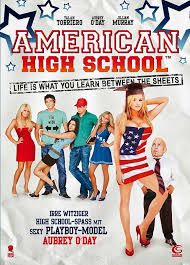 Kareem sat in his Biology class, doodling on his sparse notes.

“Who wrote the Origin of Species and talked about natural selection?” Ms. Johnson asked the class. “Kareem, can you please tell us?

Charles Darwin, he thought. “I don’t know. Who cares?” He continued to draw. “Kareem, stay with me after class.”

He stopped to listen to the teacher continue with her lecture on Darwin’s significance.

Kareem stared at his shoes, forcing himself to look for any dirt. Can’t be black without clean Jordan’s, he thought. The bell finally rang, and he grabbed his basketball and jumped out of his seat to get to practice.

“Kareem! I told you to wait!” the teacher scolded. Kareem stopped in his tracks, looking back impatiently.

“Why don’t you participate in class? I know you know the answers. You always ace the tests, but you pretend you don’t know what’s going on. Why?”

“Kareem, I don’t know why you don’t try. Is something wrong?”

“No, it’s nothing,” he muttered. Nothing that a white woman would understand, he thought.

Kareem bolted to basketball practice and excelled as usual, despite having missed the warm-up. He got compliments on his shooting form from his teammates. He thanked them.

Without smiling. Like always. On his way out of the gym, Kareem heard his teammates talking. “Of course Kareem’s an absolute savage. He’s black. What would you expect?” Kareem

hunched over, pretending not to hear a thing.

He walked back to his apartment, finding a note on the door from his dad. Kareem, the dinner’s in the fridge. Will be back by 11.

Kareem took the note, crumpled it, and shot it into the trash. He tossed his basketball shoes aside, letting them slide near the trash can. He threw his backpack onto the dinner table and looked into the kitchen. He opened the fridge, only to find the dinner his dad prepared. He closed it, deciding to leave it for later, and walked into his room.

He waltzed to his bed, and bent over to reach under it. He pulled out a sketchbook and a pencil case and opened it, grabbing the one sharp one out of hundreds of pencils. He flipped through it, caressing each worn-out page. Caressing each drawing. All in shades of gray.

Nothing completely black. He smiled. I can finally do what I want, he thought. I can be myself. Not some stereotype. Kareem sketched all night, drawing his dream art school. He fell asleep on the floor, clutching the sketchbook with no intent to let go.

Kareem woke up the next morning and found himself under a blanket, still clutching his book. He realized he was late for school and rushed to get ready. He neatly tucked away his book, and then grabbed his bag, ball and Jordan’s, equipping himself for another day. Kareem wiped his Jordan’s with his sleeve just before shutting the door and locking away his sketchbook and his smile for the rest of the day. 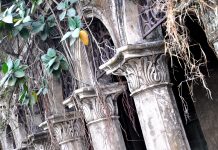