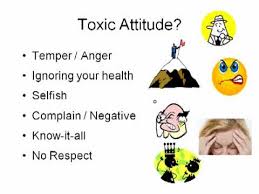 Not knowing what the term “Toxic Personalities” really meant, I mustered enough courage to ask him what he meant by that. My friend was chewing gum and his jaws were moving rapidly and his head was casually moving from one side to the other, similar to that of a security personnel accompanying a VIP, casually said, “You know…those people who somehow bring out the worst in you!”

For few seconds, my brain went blank but I found myself saying, “O, you mean those people who often drive you nuts, right?!”

“Aha…you can say that again, brother,” was his prompt response. And he walked away continuing his gum chewing.

I felt the inside of my head rolling in an attempt to remember and register such personalities.

“I know few of those who fit the labelling of Toxic Personalities. I am sure I do.” I told myself.

In fact, I remember a period of time when my daughter was disheartened and invariably awkward for no apparent justification and my wife was evidently concerned about our daughter’s sudden shift in conduct. When my wife dug deeper to fetch out the origin of this uncommon behaviour, she discovered that the boss at work was apparently one of those Toxic personalities. He was known for his adopted policy of “divide and conquer” style of management. He loved to create friction between his employees then he would watch with delight as they jumped at each other’s throat as he cherished every moment of it. Actually, he would pretend that he was sincere and truly concerned about the welfare of his employees and thereafter would self impose himself as an arbitrator to resolve the conflict that he sneakily initiated in the first place.

Needless to mention, productivity and employee moral were at the lowest point. Total misperception as well as animosity was the daily menu in that office air. My daughter was obviously irritated and she could read into him (boss) and could take no more.  She quit work in order to maintain her sanity and move on in life.

There are other people who will consciously say something but intentionally mean the very opposite. I mean those who will usually pretend that they are candid and genuine when in reality they are far from the truth.

Long time ago, the following scenario / incident occurred. I learnt that my grandfather was ceremoniously welcomed as a stopover guest at the village where one of his relatives lived. He was supposed to stay with his relative for few days before he proceeded to another location on the way to his town.

One evening, the third day of his stay with his relative, he had overheard a conversation between the host relative and his wife. The host was probing and pondering when the guest (my grandfather) would leave and allow them to resume their normal daily life routine again.  The tone of the conversation was as such that it was meant to be heard by those who would be nearby. My grandfather’s room was next to theirs. There was no question what the guest’s action would be. Hearing them in the next room, obviously speaking loud enough for him to hear made him feel dismayed and obviously livid.  It made him not want to see or talk to the host (his relative) ever again. He quickly began to collect his belongings, placed them in his travel bags and in the morning of the next day, he carried them into the breakfast area. He politely announced that something had come up and that he must leave without further delay.

Hypocrite as he was, as well as toxic, the host grabbed the bags from his guest’s hands (my grandfather’s) and insisted that his guest would not leave yet until he had said so. My grandfather was therefore told that he would leave only when the host (relative) and family had their fulfilment and enjoyed fully his company. He begged my grandfather to cancel his departure plan, which was again graciously declined.

You will also find envious or jealous work colleagues who would apparently do all they can to create innovative challenges and obstacles to frustrate others. They will NOT rest until they had effectively seen that you either resign your post or have you fired. They do not believe in healthy competition bearing in mind the overall work interest(s), but rather they plot with trickery and obliteration displaying utter envy towards you. These are the very same people or colleagues who would gladly accept your offer to help while they would plot to poke you in the eye with their dirty fingers without remorse or mercy. The examples of such toxic behaviours are many and those who had the experience of running into such people would appreciate and would know precisely what I am referring to.

Not too long ago, my friend’s daughter was getting married and we were joyful, thrilled and looking forward to attending the wedding event. The beautiful bride, who came from a well respected family in the community, was dreaming about carving a joyful married life with her groom who was about to be her husband.  Both were university graduates and enjoyed prosperous work positions. It was a dream comes true for the bride and the groom to plan to tie the knot, since they both loved each other profoundly and were looking forward to building their blissful love nest together.

Sadly though, a day prior to the scheduled big day of the wedding, it was suddenly and abruptly called off. No reason was provided. The dreadful news of the cancellation sent shock waves throughout all levels of family members, friends and sincere well-wishers, including my family, of course. We later learned that the groom had actually sent a text message to the bride calling off the wedding! We also came to know that some guests had already arrived from far away locations and had already booked themselves in local hotels in preparation to attend the wedding the very next day. We heard too that the initial justification for the eleventh hour cancellation might have been financial to avoid the high cost  associated with the wedding.

Although such reasoning might have been valid, the real hidden motive was in fact family venom and family lack of indulgent as well as perception. Apparently, the groom’s mother and his spinsters’ sisters could not see eye to eye with the bride-to-be and therefore they were reluctant to welcome her into their  (praiseworthy) family.

While the groom’s mother often pretended to display love and kindness toward the-would-be-wife of her only son, apparently deep inside her guts, the storm was getting sturdier. She wilfully maintained control and dictated her wishes on how the wedding event would be conducted regardless of the wishes of the bride or her family. In addition, she apparently had a strangle hold on her son, who would blindly obey what his mother dictated, including perhaps ordering him to call off the wedding event. We understood that the family of the bride had no say on the outcome of this dreadful and cheerless story. And if the facts of the events were true, we have witnessed in this case the groom, his mother and his sisters as “Toxic personalities.” displayed in full living colours .

Another Toxic scenario which is worth quoting is when one friend invited her lady friend to come from overseas and visit with her. The hostess pretended to be compassionate and generous which she apparently was not as we will gradually unfold the events of this anecdote. In fact the hostess was so immoral and toxic that she would intentionally sleep until the afternoon while she, out of town visitor, would wait until the host was up and about in order to take her out  for sightseeing, shopping, etc.  However, the hostess never offered to take her invited guest anywhere. To top it all, one late evening while the visitor was a sleep in the apartment, the host lady came back with a male companion whom she might have picked up from a bar. And together they made “loud bed noise” during the course of the night sparing little or no respect to the sleeping visitor in the room next door.

The visiting lady was so embarrassed. She decided to pack her travel bag and waited for the morning sun to rise and then announced her sudden wish for departure. The hostess acted naively and pretended as though nothing had happened the night before in the bedroom with the mysterious male stud!

People with toxic personalities do not distinguish the things they should be thankful for.  They are often sightless and egotistical.  All they see are what others have which they want, so instead of working towards getting the same things, they will either try to steal the other’s joy or destroy it.  Their moto : “IF I CAN’T HAVE IT, NEITHER WILL YOU”….that is their temperament and bizarre insolence.  People like that will drain their victim emotionally and worse, if the victim is weak, they will develop toxic symptoms too!

Curing someone who is toxic is not an easy task; in fact, it could be almost impossible because they are as irresponsive to the feelings of others since they feel that they are always accurate; that they are the most deserving.  So, unless you are prepared to “battle with the devil“, to recognize a toxic personality, you should immediately stay out of their reach.

Toxic personalities may come in all kinds of shapes and forms. They know who they are, who they belong to and how toxic they can be. While they leave others to figure them out, they move to another scenario and another innocent victim. They are capable of intelligently manipulating others. They are often lonely possessing little or no self respect or mercy for themselves and or for others. In addition, they carry with them malicious and resentful baggage of hateful bones for no apparent valid reason or justification. They enjoy making others doomed and miserable…why… because they are Toxic in nature. We all might have come to experience the evils of such toxic personalities.

Some leaders have written all over them: Toxic Personalities, yet they get voted in as Presidents and Prime Ministers. The toxic venom label gets clearer by the day and those who voted for them will recognize their terrible mistake thereafter. But it is already TOO LATE.

Man never learns and remains in the category of gullible. It is one valid reason that these toxic personalities live amongst us and somehow prosper at the expense of others.

For comments, please write to : farook_aman@rogers.com 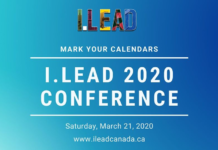 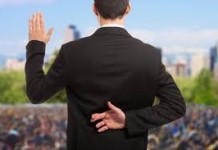