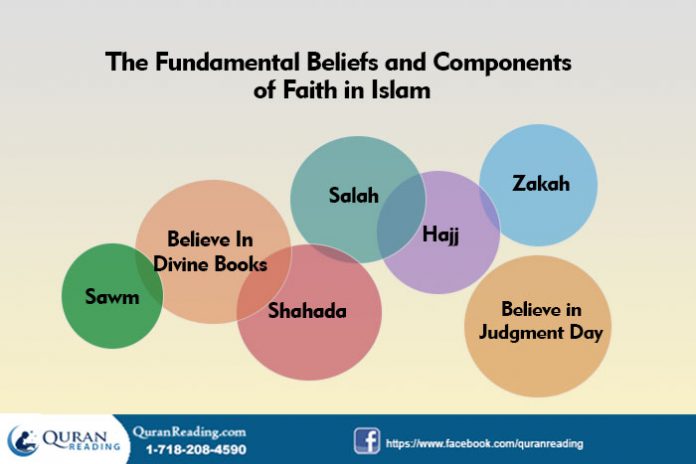 Faith of Muslims is not static – our faith is our Islam in action. It can only be measured or experienced through the degree of our commitment to Islamic principles and ethics – in action through our behavior.

This whole-life concept of faith embodies belief in God, observance of His laws, and our ultimate accountability to Him for what we do in this life – all of our actions, big and small. Faith requires that we mold our lives in accordance with God’s commandments, as recorded in the Qur’an and exemplified by the life and teachings of His last Messenger, Muhammad (S). Faith must therefore encompass our private as well as public lives, guiding us in all spheres of activity — from the home and mosque to our social, professional and public presence in society. Prophet Muhammad (S) once said: “Faith has over seventy branches, the most excellent of which is the declaration that there is no deity but God, and the humblest of which is the removal of what is injurious from the road. And modesty is also a branch of faith” (Bukhari, Muslim).

What is the relationship between Faith and Action? When we think of Islamic formative principles in the way that Muhammad (S) expressed them in the foregoing Hadith, it is not at all difficult to perceive the all-pervading relationship between our belief in Almighty God and every action that we take in this world, including our care of the planet itself as we follow our environmental responsibilities.

To be authentic, then, faith must have a complete and positive effect on us – it isn’t something to be switched on and off for convenience. Thus it goes without saying that Muslims (or Christians, Jews or any true believers in the One God) must strive to reject and suppress attitudes, mannerisms, speech, behavior and actions that are inconsistent with their belief system.

If a person does not act in accordance with his/her faith, this can indicate a lack of comprehension about what it truly means to conduct oneself appropriately (only God knows best what is in the heart, however). Through reading the Qur’an and studying the sayings (Ahadith) of Muhammad, Messenger of God (S), we can more fully appreciate and understand the true relationship between character and faith (Iman); this awareness leads in turn to a greater understanding of Islam’s essential relationship between character and behavior.

The Messenger of God said: “I have been sent for the purpose of perfecting good morals” (Al Hakim). In this Hadith, Muhammad (S) clearly states that a major task given to him by God was to show by example and instruction what comprises good morals and manners; that is, to show behavior consistent with the Islamic belief system.

And in yet another example, the Messenger of God stressed the importance of good character on the Day of Judgment: “There is nothing heavier in the scales [of merit] than good character” (Ahmad, Abu Dawud).

On the other hand, when Muhammad (S) described the hypocrites – those who failed in their faith – they were also identified by their actions and behavior; such as lying, breaking trust with others and so on.

Muslims must therefore return to their original sources of guidance for living – the Qur’an and Sunnah of the Messenger of God, Muhammad (S).

Indeed, our life and our behavior together should demonstrate a total implementation of both Qur’an and Sunnah. This is exactly how the Prophet Muhammad, God’s last Messenger, lived. When his wife ‘Aisha (r.a) was asked about the character of her husband, she answered simply: “His character was the Qur’an.”  (Muslim). What she meant was that his daily life was a total application of the Qur’an, or a witness to faith in action.

The Qur’an and Sunnah show us how to behave toward own selves, our spouses, our children, our parents, our friends, our neighbours, our global brothers and sisters in humanity — even our enemies.

What then hinders our faith in action and what is the remedy?

Are we living life “on auto-pilot”? We often go through life doing things “on auto-pilot” without ever thinking about their consequences and how they affect our relationship to faith and belief. We set personal goals in life, we take jobs, we study different academic and professional fields, we pursue hobbies, we cultivate friendships and as good as many of these activities are, we rarely (if ever) stop to review them in the light of our faith. By living life this way, we fail to consciously actualize our faith or discern where we are on the road to higher perfection before God.

The remedy for life “on auto-pilot” is to put on the brakes, slow down a little on society’s highway and make time to reflect on faith, to properly and fully understand its principles. We know intellectually that faith covers all aspects of life: whether in prayer, general behavior, sustenance, family and societal relationships, attitudes toward those of different religious groups or people without faith and people different than us, our respect for the environment, even in how and where we park our cars when shopping or attending the mosque. But do we also know the wholeness of this concept in our hearts? Do we always remember that there is some relationship between every act and our belief in Islam?

This reality must be ever-present in our minds so that faith-in-action motivates righteous deeds toward all. If faith is not the prime motivator for acts that others might see as being “good” then our understanding and application of faith is defective, regardless of any praise we may receive. It is important to remind ourselves once again — and frequently throughout life — that belief is the seed and source of our faith and right behavior (Akhlaq) is its fruit. The bottom line is that we can only truly enjoy the fruits of our belief through living our faith in action. Otherwise faith becomes the seed that never actualizes itself into fruits. 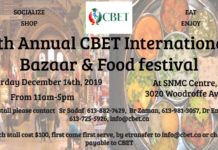 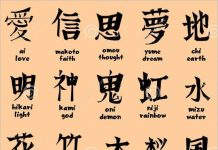 Languages is an unique & efficient instrument for transmission of... 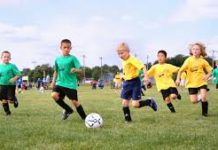 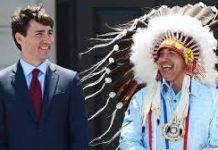