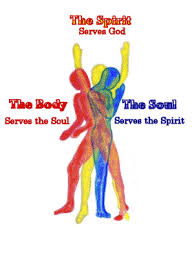 We as human being has a body and soul. We eat, drink, sleep and work to take care of our body. But what keeps the body intact, the unseen soul. And also we have mind or mood or attitudes. Man has attempted to explore and understand the phenomenon of the soul – that mysterious power which activates and is the engine of the human body.

And they ask you about the soul (Ruh). Say, “The soul is something from the command of my Lord, and you are not given from the knowledge but a little.” (17.85) Al-Israh

a2) Remember your Lord in yourself with humility and awe (mildly), and without speaking loudly, in mornings and evenings, and do not be among the heedless. (7.205) Al-Araf

And by the soul, and the One who made it well in due proportion, (7) Then inspired it with its (instincts of) evil and piety,  (8) Success is really attained by him who purifies it, (9) And failure is really suffered by him who pollutes it. (91.10) As-shams

The   nafs as human desire or human ego  has been used in the Quran frequently. That the nafs is referring to a specific part of our self and it is that part of our self that has desires, appetite, or ego.

“And I do not free myself from blame. Indeed the human soul is inclined to evil, except when my Lord bestows His Mercy (upon whom He wills). Indeed my Lord is Forgiving, Merciful.” (Qur’an Yusuf : 12.53)]

So this refers to that nafs that is ruling over the human self. This nafs Ammra commands us and tells us what to do. So when the nafs Ammara  has any desire, any wish, any appetite, it simply commands us, it dominates us. This nafs ammara is sovereign over a human being, it means we are subjugated by it, we are sub-ordinate to it. We listen and follow all of its dictates and commands. This is the first type of nafs  ammara and the sign that a person has this type of nafs  ammara is that they do evil  willingly, blatantly, in any way that they ever want.

In modern society, this concept is glorified,  people say ”you should do whatever makes you happy, do whatever pleases you, do whatever your heart desires”. Many people, in east or west, even Muslims, are doing what our passion desires.

This Nafs ammara bis su’ soul which earns the company of Satan because it ignores the remembrance of Allah.

“The one who withdraws himself from the remembrance of the Merciful, We appoint for him a Satan to be a companion to him. ( Az-Zukhruf 43:36)

Satan surrounds the evil soul day and night. It drives him from one satanic act to other. We will see it lying and cheating, wasting time on bad leisure and gambling, frequenting cinemas and concerts, listening to music and dancing.  “The modern society’s motto is ‘work and play & enjoy life, no matter what.

The self-reproaching soul some time submits to evil inspirations but then regrets its actions and reproaches itself for being weak and vulnerable. These feelings of remorse cause it to turn back to God, to repent sincerely, and to receive spiritual solace. It is better for each Nafs to blame itself whenever it commits a wrong. If not, it will find itself being blamed from all those around it. Let us see how the self-reproaching soul is mentioned  in the Quran with the Day of Resurrection.

How  to rectify after making a mistake, let us take examples

The noblest one is the satisfied soul, which at its last moment on earth will receive the glad  tiding, “Enter among My servants and enter into my Paradise.”

“0 you satisfied soul. Return to your Lord pleased with yourself and pleasing to Him. Enter among My servants. And enter My paradise”. (Qur’an Al Fajr 89: 27-30)

In contrast to  the soul, nafs ammara which inspires evil and disobedience. And between these two extreme states is the self-reproaching soul, nafs lawwama which checks its actions and blames itself when it commits evil.

How to attain Nafs Mutmainaa:

The Qur’an explains how one can achieve the noble state of the satisfied soul.

If the evil-inspiring soul finds solace in music, dance and evil deeds, the satisfied soul finds its peace and consolation in the Qur’an, prayer and the company of the righteous people.

The satisfied soul has such a deep conviction in God and the Last Day that it does not  get upset by the sorrows or demands of this world. Illness, financial worries, loss of property or death of dear ones does not cause the satisfied soul to wail, curse or lament. Whenever it faces any problems it simply say, “To Allah we belong and to Him we shall return” and faces the misfortune with patience and trust in its Lord.

Such are the souls described in the Qur’an;

“Be sure, We shall test you with something of fear, hunger, some loss of goods or lives or fruits of your toils. But give glad tidings to those who are patient. Those who say, when afflicted by calamity: “To Allah we belong and to Him we shall return. (Al Baqarah 2: 155-156)

The satisfied soul believes that all happiness and sorrow is by the decree of Allah. It therefore feels no need to lament at misfortunes or to boast at success.

“No calamity   befall on earth or to your own selves (soul) but it is written in a decree (pre-destined) before We bring it into existence. That is truly easy for Allah (22). In order that you may not despair over matters that pass (escaped)  you by, nor  over exult ( extremely happy and boastful)  in favors bestowed upon you, for Allah loves not the vain boasters (self –admirer or over -proud).” (Al Hadid 57: 22-23)

No worldly anxieties upset the satisfied soul. If it fails to acquire something for which it has struggled for many years, it will accept its destiny and remember the following words of the Prophet of Allah (saws): “What has reached you was never meant to escape you and what has escaped you was never meant to reach you.” (Muwadih by Al-Khateeb Al-Baghdadi)

Results Based on Action

One who believes that there is no after life and will not be accountable in a divine court becomes a slave of this world. For comforts and luxuries, and will break any laws and not differentiate between halal and haram.

In contrast, one who believes in God and the Last Day, the belief in paradise and hell guides his entire life. To him this world is a short journey, the destination is the Hereafter. He directs most of his efforts towards earning Paradise and devotes only part of his time to earning his bread.

Belief in the Hereafter is the catalyst which stimulates the souls seeking a better future.

This worldly life is nothing but an amusement and play, and the Last Abode is the true real life indeed. Only if they know! ( Al Ankabut 29: 64

The Ultimate Success is not in amassing fortunes, being famous or having a fantastic career, but success is in escaping the fires of hell.

“Every soul shall taste death, and only on the Day of Judgement will you receive your full recompense. The one who is saved from the Fire and admitted into Paradise will have attained success, for the life of the world is nothing but the goods of deception. ( Aal Imran 3:185)

My Sacred Journey, by Ayesha Murshid 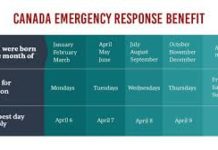 Recognize Canadians  during Corona who are doing some of the toughest... 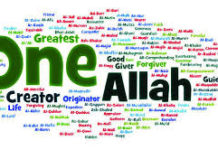 The most important topic for the believers to focus on is...