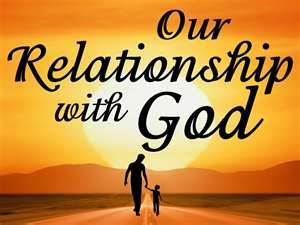 Eight Major Barriers Hindering Our Relationship with God, S N Smith
One of the things which concerns me is the question of individual freedom when it comes to establishing a relationship with God. Sadly, as my readers most assuredly know, not everyone has the same level of freedom when it comes to working towards this goal because barriers have been set up which makes it more difficult and challenging for many individuals. These barriers are what I want to address in this brief article.
I am of the opinion that those barriers, which hinder us from knowing God at a deeper and more personal level, must be understood and, to the best of our abilities, confronted head on if we wish to make progress.
For the conscientious believer it’s crucial to have a firm grasp of the message God is conveying to them. Anything which acts as a barrier to that understanding, as I stated above, must be solidly comprehended and confronted.
For the believing Muslim, the main source of their knowledge of the Divine message is the Quran which was revealed to Prophet Muhammad some 14 centuries ago. Observant Muslims seeks to immerse themselves in the Quran not merely to acquire more knowledge, so that they can show off to others, but to establish a deeper relationship with God. But the believer, no matter where they happen to come from, will face barriers to achieving this.
Here are 8 major barriers I have come up with, and perhaps you can think of more:
1) Not knowing the Arabic language. The Quran was revealed in the Arabic language and if people try to understanding it via another language they are merely reading someone else’s interpretation. At best their knowledge is second hand and as a result a barrier has been set up from the beginning.
2) Lack of understanding of the social and political context in which the various parts of Quran were revealed. In the absence of a knowledge of this context there is a high likelihood the Quran will be misinterpreted or misapplied in a not so positive way. We see this happen by many so called Islamic groups or movements.
3) Some Hadeeth, sayings of the Prophet Muhammad, which may, in some instances, be contradictory to the Quranic message but which are embraced as authentic.
4) Layers of scholarly opinion surrounding the text of the Quran which influences our thinking and understanding, and not always in a positive way. We must also understand the social and political context in which those scholarly opinions were developed. Context is everything!!!
5) Various ideologies which are read into the Quran but which many times distort its central message. I am thinking in particular of patriarchal ideologies.
6) Social and political pressure to adhere to a particular understanding uncritically. We all know of numerous examples of this phenomena.
7) One’s personal weakness or lack of resolve. People tend to give up when the going is a little tough. Furthermore, many people become displeased with what other people are doing or not doing and get involved in arguments and develop various factions which lead to division and animosity among the believers. Instead of fostering an inward relationship with God, they instead spend their energies finding fault with others and thus lose out in the long run. Correcting oneself takes precedence over correcting others.
8) An environment which does not foster or encourage a relationship with God and which actually causes us to experience profound doubts, skepticism and even despair. We live and are immersed in an age of unbelief.
We should not throw up our hands in despair and cry out that this is too much work or too difficult. My purpose here is not to make readers feel dejected or overwhelmed. What I want to achieve is to make people aware of these barriers and critically engage with them. In doing so they can perfect their understanding of God’s message for their personal lives.

I hold the view that this is all possible, but it does take some effort. The effort, however, is most assuredly worth it for we grow in the understanding of the Divine purpose in our lives. And Allah says in the Quran وَالَّذِينَ جَاهَدُوا فِينَا لَنَهْدِيَنَّهُمْ سُبُلَنَا وَإِنَّ اللَّهَ لَمَعَ الْمُحْسِنِينَ — “But as for those who strive hard in Our cause -We shall most certainly guide them onto paths that lead unto Us: for, behold, God is indeed with the doers of good.” (Quran 29:69) 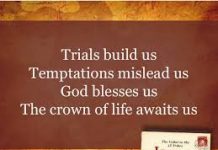 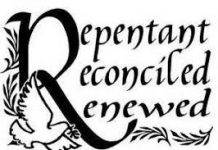 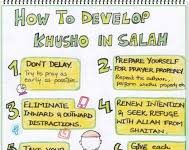 WHY IT MATTERS: Reflecting on the Legacy of Social Justice in...