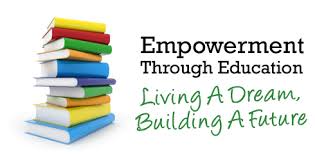 Canada is active in the Commonwealth, La Francophonie, the Organization of American States and the North Atlantic Treaty Organization. It gets distinguished visitors and treats them with respect. But when a teenage schoolgirl visited Canada recently she received honors that most visiting heads of states do not get. She acted not as a schoolgirl but as a sage telling Canada and world leaders how to make the world safer and better.

The visitor was Pakistan’s Malala Yousafzai. She praised Canada, especially for welcoming refugees and supporting the cause of girls’ education worldwide. But she also said Canada must do much more to help women around the world and within Canada.

Malala addressed a joint session of the House of Commons and the Senate – a rare honor. Moreover, at 19 she is the youngest person to do so. She received standing ovations. Her parents Ziauddin and Toor Pekai Yousafzai beamed with pride.

She was also granted honorary Canadian citizenship that so far has been bestowed only on five people – Buddhist leader the Dalai Lama, African icon Nelson Mandela, Karim Aga Khan, Myanmar leader Aung San Suu Kyi who championed human rights (except for the Rohingyas) and the late Swedish diplomat Raoul Wallenberg who tried to save Jews during the Second World War.

Malala received the Nobel Peace Prize and is the youngest person to do so. She is feted by world leaders, has received honorary degrees, established a Malala Fund to promote 12 years of education for poor girls and has denounced terrorism as contrary to Islamic teachings. Just before she became an honorary citizen of Canada the United Nations appointed her the youngest ever Messenger of Peace, – the world body’s highest honor. The UN has also designated July 16 as Malala Day.

“The world needs leadership based on serving humanity – not based on how many weapons you have. Canada can take that lead,” she told Canadian parliamentarians. She urged Canada to not only lead in welcoming refugees and providing education to girls, but also to prod other nations to do the same. She had a particular message for young Canadians – speak up, participate and show leadership on major issues challenging the world.
She told the Canadian Parliament:

“I have travelled the world and met people in many countries. I’ve seen firsthand many of the problems we are facing today — war, economic instability, climate change and health crises. And I can tell you that the answer is girls.

“Secondary education for girls can transform communities, countries and our world. Here’s what the statistics say:

“Education is vital for security around the world because extremism grows alongside inequality — in places where people feel they have no opportunity, no voice, no hope.

“When women are educated, there are more jobs for everyone. When mothers can keep their children alive and send them to school, there is hope.

“But around the world, 130 million girls are out of school today. They may not have read the studies and they may not know the statistics — but they understand that education is their only path to a brighter future. And they are fighting to go to school.”

Canada committed $377 million in 2015-2016 to international assistance in education. Malala asked Canada to push for girls’ education among the developed countries when it assumes the G7 presidency next year. Prime Minister Trudeau has agreed to put it on the G7 agenda.

What transformed Malala from being an average high school girl to a respected world figure was her courage and her unwavering commitment to education for girls. In her book I am Malala that she authored with Charlotte Lamb, she wrote that for girls going to school it was “like a magical entrance to our own special world.”

When she was just 11, in 2009, she began writing a blog for BBC. That infuriated the Taliban and they tried to kill her in 2012, injuring her seriously. Rushed to the United Kingdom for treatment she survived, but it was a close call.

She goes to a high school in the UK and pleads ceaselessly for girls’ education. Her courage and championing of girls’ education has made her a household name and has won her respect internationally.

What struck me was that she dresses simply, wears only minimal make-up, if that, and remains unassuming. She is neither boastful nor coy. She remains unfazed when speaking to world leaders and also jokes, as she did in Canada, when speaking spontaneously. Her jokes brought her applause in Canada, as did her implied statement that women lag far behind men in positions of power even in Canada. She is a champion of girls’ education and an ambassador of Islam.

Immigration, Refugees and Citizenship Canada is Creeping You: How Your Social... 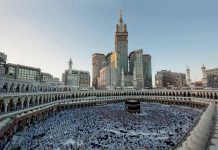 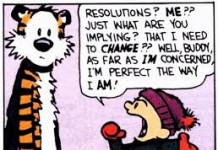 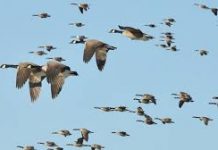