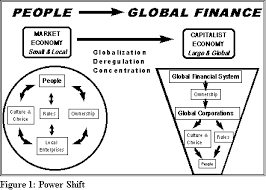 (Effects of Disintegration of USSR on Globalization) 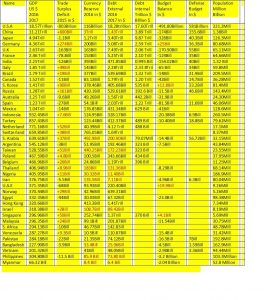 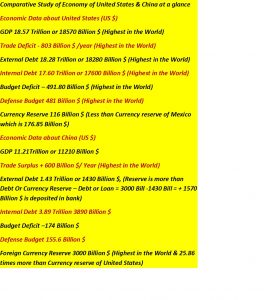 GDP is the most important indicator, which describes the intensity of economic activities of a country. For example in Asia there are in  total 48 countries, among which only four countries has got GDP more than 1000 Billion US $, or one Trillion $  & these countries  are respectively  China ( 11.21 Trillion $ ), Japan, India & South Korea. Another country like Indonesia has got GDP, which is little less than one Trillion $ (932.45 Billion $) & will cross the limit of 1 Trillion $ in very near future.

All the countries in Africa (Total no of countries 54) has got GDP which is less than 1000 Billion $ or less than one Trillion $ & it indicates its very low scale economic activities.

In South America (Total no of independent country is 12) only Brazil has got GDP more than 1000 Billion $ or one Trillion $.

Related to balance of trade, the countries which  has got trade surplus mainly in Asia are very few countries like  China (Surplus + 600 Billion), South Korea, Taiwan, Saudi Arabia (Oil exporting  Country  no 1 & 2nd  in  Oil reserve)  Singapore, Malaysia, Indonesia ( Coal exporting country no 2 & export some of the oil) . But among total 48 countries of Asia rest of most of the countries has got trade deficit including India (Deficit- 126 Billion $ ).

In Europe the counties which has got trade surplus are respectively Germany (Surplus+ 274 Billion), Russia (Oil export no -2, Gas export no 1 & Coal exporting Country no 3), Italy, Netherlands (Gas exporting country), Norway (Oil Exporting country), Belgium & Switzerland. In Europe there is in total 50 countries among which most of the countries has got trade deficit.

In Africa only Nigeria (Oil exporting country) & Angola can be described as trade surplus country & rest of all the other countries of Africa has got trade deficit.

In South America only Venezuela & Brazil are trade surplus countries. Venezuela is   Oil Exporting Country & has got highest oil reserve in whole World. Most of the all the other South American Countries may be identified as trade deficit countries.

Among Whole World United States has got highest trade deficit & that amount is – 800 Billion $ per year. External loan of USA is 18.28 Trillion $ which is also highest in the World & 1/3 rd. of total global external loan.   Currency reserve of USA is 116 Billion $ only, which is less than country like Mexico (Reserve 176.85 Billion), it is less than country like Thailand (Reserve 183 Billion $ ,Rice Exporting Country no 1)  , China (Reserve  3000 Billion $ ) &  less than  many other Asian , European countries etc.  Related to annual budget of United States, revenue earning is less than expenditure budget which causes   -491.80 Billion$ deficit budget & the amount of deficit is highest among the whole World.

China has got the highest position in the whole World related to trade surplus & the amount is + 600 Billion $ / year. Foreign currency reserve of China is also highest in the whole World & the amount is 3 Trillion $ . External loan of China is 1.43 Trillion, which is less than its foreign currency reserve. (+ balance = Reserve – Loan = 3.00 – 1.43 = 1.57 Trillion)

But country like Germany, China, South Korea, Taiwan, Singapore, Malaysia etc. has been included in the group of trade surplus country by the export of industrial consumer goods & industrial manufacturing products.

Trade surplus  of China is in a process of continuous  increasing for last thirty years (1986 – 2016) & which has finally  resulted its highest  foreign currency reserve in the whole World & that amounts to 3000 Billion $  at present.

Trade deficit of India has got overall tendency of increasing with little fluctuation for last 48 years (1968-2016).For last ten years rate of increase of deficit for India is higher than previous rate of increase.

The countries which has got Foreign Currency reserve more than external loan are all Asian countries & these are China, Saudi Arabia, Taiwan, Thailand, Nigeria, Iran, Israel, Bangladesh, Philippines, Myanmar .

The Countries which has got surplus budget are all Asian countries like, S. Korea, UAE, and Singapore except Germany.

After the collapse of Global Socialist System, Russia, Eastern European Countries, China, India & many other Asian countries has opened their market for foreign investors. As a result of this situation  investors from United States  & many  European countries has shifted their investment related to  consumer goods industry & manufacturing industries  from their home countries  to Asian countries to get the advantage of low cost labour, low cost & superior quality of energy (Hydro Carbon, hydroelectricity etc.), essential & cheap in Price but   superior quality of  raw materials.  All these factors  causes cost of production low for  their finished consume  goods , finished manufacturing products  & finally it  gives the American, European  investors  an  advantageous position of making very  large or enormous  profit in Global  Free Market Economy. But this tendency of shifting investment to Asian countries has created negative effect on overall economy for the above investor’s countries & the sufferings of common people have been increased a lot. For example after shifting the  investment, enormous quantity of consumer goods used in daily life is imported   from Asian countries regularly at present, which were produced in America & Europe before especially in case of United States due to its large population as compared to individual European country. So in addition to the  large scale  import of  consumer goods  at present , a remarkable reduction  of export from United States has appeared  , which has been  resulted from shifting of industries related to production of machineries ,manufacturing  goods etc, to other  countries.  This is may be one of the major causes that create – 800 Billion $ /year trade deficit & the effect of which is very low currency reserve, Highest external loan in the whole World. The amount of interest caused from huge eternal loan creates heavy burden on US economy. So the government may implement more taxes on people, may  reduce financial benefits  after retirement, may decrease the financial support to educational institutions  & health care etc,  in future  to compensate  the financial burden originated from external loan..  Another negative effect for common people is the large scale unemployment than before.

US armed forces has been withdrawn from Western Europe after the disintegration of USSR & this event has reduced financial burden of Germany which they were paying to US Government for their defense against probable Russian aggression., The financial condition of Germany has got enormous improvement, after the unification between two Germany which includes this country in the list of trade surplus country. The same event of withdrawal of armed forces from this area has caused financial loss for US Government.

The relation between Western Europe & Russia has got remarkable improvement after the removal of Global Socialism & it has got long term positive effect in the economy of Russia, country like Germany & some other European countries & negative effect in the economy of Gulf countries related to export of Hydro carbon as fuel   & indirectly on Indian economy as India is the principal foreign investor in this area. For example Russia has constructed long pipe lines to export oil, gases etc. to Western Europe & China after 1990. This has placed Russia in the group of trade surplus Countries & this situation has resulted its increase of foreign currency reserve, reduction of external loan etc. Kozmino Expansion or  an extension of  East Siberian Pacific Ocean Pipe line (ESPO) will connect South Korea, Japan, Malaysia & many other Asian countries by 2020. From this situation the economy of both Russia & China will have remarkable financial gain as Russia will have more financial gain from more hydrocarbon export & china will earn more foreign currency by using their land as transit route for exporting precious fuels to the above Asian countries.

The above expansion of ESPO  to export hydrocarbon from Russia to China, other South East Asian Countries  & Western Europe has got remarkable negative effect in  the economy of Gulf Countries( Russia oil export 2nd position, Gas export 1st position & coal export 3rd position of total Global export ). Due to the extension of ESPO, the export of hydrocarbon from Middle East Countries has been decreased in large quantity & which will continue at higher rate after 2020, where Indians are principal investors in business & industries. Finally the above  situation will make  remarkable reduction of revenue earning for the Gulf countries in future &  at present  especially country like UAE, which  has got trade deficit of -68 Billion $ /year ,although it is a hydrocarbon exporting country. The above situation has created negative effect on Indian economy. As a result of reduction of revenue earning, these oil exporting countries has cancelled many under construction & development projects where Indian investors has got huge investment. They cut down foreign labour forces employed in the above projects, which has resulted the reduction of imported consumer goods from India. Also Indian investors have lost their profit from many under construction projects. Due to combine effects of all these factors the trade deficit increases, foreign currency reserve decrease, external loan increases & finally which creates negative effect on overall Indian economy in the last decade after the disintegration of USSR.

So disappearance of World Socialist System has created remarkable negative effect mainly on US & Indian economy. Most of other European country has little negative effect except few countries like Germany, Russia, Norway, Netherlands etc. But the economy of China & Russia has been boosted up or has got remarkable positive effect.

Country like Canada  which exports mainly hydrocarbon as fuel  (Oil export 11th position, gas export 2nd position of total Global export ), hydroelectricity (No 2 in the World), pharmaceuticals, gems, non-renewable minerals (precious metals, iron etc.), agricultural products (wheat export no 2) , products related to livestock, poultry, forestry, fisheries etc  but very little industrial products. So this country is not effected by the globalization of world economy, & the balance of trade oscillates between + 10 Billion $  surplus or – 10 Billion $ deficit alternately  in the past.

Same is the situation of Australia which exports mainly agricultural products (Like Wheat export no 4 in World),  non-renewable mineral like coal (38.3% of total Global export & highest  export in the World), Metals like Iron export  no 1 &  50% of Global export) , livestock (Like Beef export no 3 in the World), dairy products, pharmaceutical products, gems  & small quantity of industrial products, which causes this country to be free from any positive or negative  effect of  globalization of World  economy  & the balance of trade fluctuates  between + 10 Billion $ surplus or – 10 billion $ deficit alternately.

Japan exports mainly Vehicles, machineries, Electronic products etc  &  these items belongs to industrial & manufacturing products .Japan may be listed in trade deficit country after 2010 . But it has been effected less  than USA, India , UK, France, Spain  etc. So Japan (At present deficit is -1 Billion $ only) has got very little negative effect of globalization.

At last   conclusion can be drawn that the disintegration of USSR has generated many chains of cause & effect, which involves many loops of political events & financial effects or factors throughout the World.  As a result of this situation more surprizing, amazing political events, financial conditions related to country like specially India, United States & some other potential countries will appear in course of time.

The Importance Of Living Within One’s Means by S. N. Smith,... 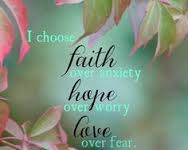 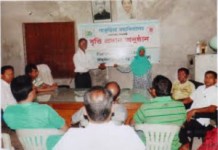 Opportunity to participate in 2017 CBET Scholarships Program in Bangladesh... 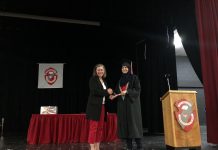 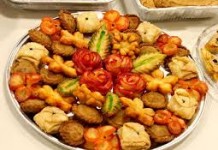