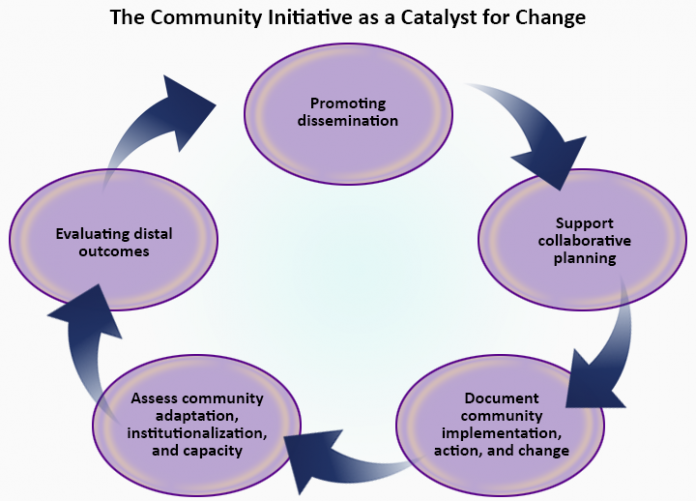 In August’2017 issue of Canadian Dream, we wrote about our life at 17. Today, we will touch upon the glimpses of our life in Ottawa at 70.

We moved to Ottawa in July 1996 at 50, with beloved wife and four children, after working 16 years in Bahrain as a university Professor. Bahrain was a blend of East and West but for better education of children and high-tech opportunity, we made Ottawa, our new home. First few years, we wanted to go back to Bahrain or Bangladesh except my wife. Now after 20 years at 70, we are still here.

We got a job in high tech within few weeks in August 1996, but life in Bahrain seemed to be better in few aspects of life and society. We joined Nortel in November 1999, after working3 years in AIT, where we developed machine readable Canadian passports. We continued to work in Nortel/Ericson until September 2011, when we left the job to concentrate full time as a volunteer in developing SNMC center and masjid.

MFGO: In summer 1998, after intense efforts with few families, we formed first of eight community entities, Muslim Family gathering of Ottawa (MFGO- Halaqa) – do a monthly gathering, rotating in different parts of city, in a community hall –  use the Canadian concept of Potluck lunch. Held yearly picnic, iftar gathering and celebrated Eid Al-Fitr and Eid Al-Adha.  After 10 years, we left MFGO in 2008

From 1999-2009, MCSO organized tutoring for High school students in Math, science, English, French, Physics, Chemistry, etc.  by renting city community centers. We hired university students as tutors and students would be charged $60-$100 per month for twice weekly two hours sessions. We held family pot lucks monthly in Bayshore for parents and students and socialize in getting ideas on education, job search and family issues. We organized at Bayshore and Barrhaven job search and lectures on job, education and family.

By seeing the benefit of the tutoring, few parents donated extra money to MCSO and some tutors donated back their pay. We did the tutoring works as volunteers, so after discussion with team members, used the extra fund in two ways – offer free studentship to selected students in tutoring, each $100 and offered scholarships to graduating high school students, $600.  In 2009, we stopped MCSO, and absorbed the tutoring and scholarship programs under SNMC (www.SNMC.ca).

SNMC: In June 1998, with few Barrhaven Muslims, we started SNMC – South Nepean Muslim Organizations, as, our 3rd, and first registered non-profit and charity organization. We rented from the city of Nepean and city of Ottawa, the city community center, at 3131 Jockvale Road.  We started to run under MCSO tutoring for high school students and under SNMC, from January 2000, Quran and Islamic studies.

We continued to pray weekly 2 prayers maghrib and Isha at Jockvale until 2003. In 2003, we started Jumah salah with 25 musallees until 2008, when we started 2 shifts with 150 people in each shift.

In 2007, SNMC formally became a Canadian registered Charity organization and first fund raising dinner was held at centurion Hall with 500 plus multi ethnic Muslims with Sk Ahmed Shehab as key note speaker. In 2007, over all snmc was able o raise over $300, 000 for the masjid and community canter project. In March 2009, SNMC by open bid purchased the 3.2 acres of land at 3020 Woodroffe Ave.

SNMC focussed on youths, sisters, seniors and families and became noted in organizing sports, educational, social and spiritual programs every Friday, Saturday and Sunday for all segments, and ethnicities. The place is always full of kids, youths, sisters, brothers and seniors in all activities. SNMC is fully multi ethnic and multi fiqh, service oriented masjid and community center.

The vision of having community center and masjid were multifold: to bring kids, youths, sisters and brothers into masjid, needs more than spiritual activities, only sports, events and education along with spiritual will glue the community to masjid. Also for Friday Jumah and Ramadan Tarawee, a  large masjid may be formed by combing  the community center with the existing masjid, other times in the year the community center can be used for sports and family centric community events.

In June 2013, we started the construction of snmc center and masjid. On 17 December 20914, we received the occupancy permit and on January 5, 2015 held the grand opening ceremony with 2,000 Muslims. The project costed $8.5M and to expedite the construction with borrowed over $2.5M from local musallees and charity organizations.

From June 1998 to January 2016, as founding president, spent 20 years of our life, did numerous fund-raising trips out of town, where multi ethnic volunteers to took of a working Friday off and SNMC 10 fund raising dinners. We were project manger and did all the jobs from cleaning to leading salah, giving Jumah khutbah. My wife and children together with the community volunteers held over 100 community potlucks. Over came hundreds of internal and external obstacles in funding, projects and community issues. We consider it to be equivalent of 20 Ph. d projects.

Ottawa Hilal Committee: Since 1996, when we moved to Ottawa, our children at school and we at work, had a constant worry, how to handle to different days of celebrating Eid and start of fasting in Ramadan. We ourselves had a single vision, to have single day Eid and Fasting in Ottawa. When Imam Khalid became Imam of Ottawa Masjid, an Ottawa Hilal committee, 4th entity, was formed and we used to represent SNMC. Obviously Muslim community was clearly divided on fiqh and ethnicity. The pressure to align with Toronto or Montreal Hilal committees were tremendous. Al-Hamdu Lillah, snmc played a middle ground role and kept focus to Ottawa only, and for the last 5/6 years, Ottawa Gatineau community has been enjoying one day Eid and fasting, unlike Montreal or Toronto.

Imam Council: In 2011, we started to realize, that to smoothly handle, UMO-OG affairs as well as community needs of resolving family and youth issues, snmc needs to have its own spiritual leader. Issue was while snmc needs fund for the masjid and community center, how we can convince the board and community to hire an imam. It took us a lot of wisdom and marketing capability to first to convince the board and then community to the need for an imam, who can help in fund raising and resolving family issues. In August 2011, SNMC hired a non-traditional imam.  The hiring of snmc, gave us an opportunity to formed the UMO-OG Imam council, 5th entity, and we were in a better position to influence UMO-OG by the spiritual leader and presidency. The imam council helped to bridge the gap on fiqh and ethnicity issues.

ILEAD: Using UMO-OG, we tried to host few joint yearly conferences in 2009 and most notable was one organized in Nepean sports complex in June 2010, where over 300 youths, brothers and sisters joined, under the leadership of SNMC. In March 2013, Br Mohamed Javed and his family, invited us to a special meeting in his home, with few snmc volunteers with an idea of holding an annual conference by inviting noted speakers like Toronto RIS conference. We graved this opportunity and moved the by weekly meeting first to SNMC Jockvale community center. We (Br Muhannad, Imam Dr Zijad and Dr Emdad) visited all the UMO-OG organizations multiple times and by presentation could convince them to hold rating meeting in their location and in 2013, we held first ILEAD- Islam Learn Engage Achieve Develop, our 6th entity, in Ottawa EY center, in attendance were few MPs, local dignitaries and UMO-OG leaders and imams. In July 2017, 5th annual ILEAD conference was held again in Ottawa EY centre.

CBET: After leaving MFGO, from 2008 to 2010, in private and public gatherings of Ottawa Bangladeshi Canadians, we passionately – a) on the benefits of learning the Quran with meaning and beautify the recitation, -b) develop strong moral and ethics among youths and integrate the youths with the main stream Canadian society to become law abiding and contributing Canadians and c) contribute  in the education of back home  youths in Bangladesh, and -d)  Integrate with identity and contribute to larger Canadian Society . In 2010, summer, BDQ, was formed, the home-based community organization. With few motivated few families in August 2013 we formed, registered non-profit organization, CBET. In January 2014, it became a CRA Resisted charity organization, www.CBET.ca). CBET, by 2017, in 5 years awarded 600+ scholarships, each $200, in Bangladesh and 50+ scholarships, each $500 to Ottawa High school graduates and local universities. CBET has a community TV Channel, online monthly magazine, Canadian Dream (http://CanadainaDream.CBET.ca). CBET holds Youth Conference, Pitha Festival, Multiethnic Iftar, Fun day, Fund Raising Dinner, Volunteer Awards and Young Professional Networks.

In 21 years Ottawa life, we spent most of our time working as a free volunteer for the community and my wife single handed raised the four children, did all the shopping and schooling works for the kids. In addition, she always, as a devoted life partner, played an active role in developing eight community organizations. 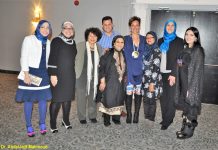 Quote: If one door is closed, the Creator will open new...

Back to School, Councillor Jan Harder, City of Ottawa 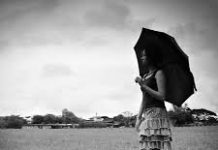