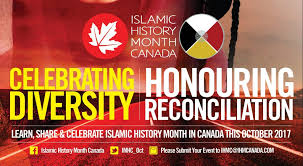 What is in my mind regarding Glorious Islam and Muslims.. October is Islamic History Month Canada, Farook Aman, Ottawa  Canada

On Saturday, October 28, 2017 I was among the guests who attended a lecture delivered by Professor Masoud Taj of Ottawa’s Carleton University at the famous Ottawa Public Library.

Professor Taj eloquently articulated a detailed Islamic history lesson thereby highlighting the Islamic Empire’s moments of pride and the various accomplishments of Muslims who made history that made their attainments roll in to this day in various academic and scientific arenas.

As I sat down in the auditorium, my thoughts took me away in an attempt to live those glorious days of Muslims and comparing those days with the current Muslim World.  Therefore, when it was time for questions and answers, I could not help but ask the following question:-

If Muslims have such colourful and proud history that we can all thankfully narrate and be honoured and proud of, then what happened to our Muslim World, now. Where did the bottom fall off?

Professor Taj was remarkable in recounting the historical facts that led to the Islamic Empire and the various lawful causes that smashed it to be permanently stored in the cobwebbed back shelves. The Mogul conquest, the destruction of documents during the Crusades, the in-house power struggles, greed and self-centred attitudes, the lack of unity, the environmental circumstances etc, which are just few troubling specimens that adversely impacted the continued progressive Islamic train casing it to be slow-moving  which led to  meagre future performances.

At one point, Ottawa’s Dr Misbah Islam ( Author: Decline of  Muslim States and Societies) was given the podium’s microphone to explain and highlight some of the downhill gesticulation or wave of the Islamic Empire, and a very interesting dialogue ensued capturing the audience deep and focused attention.

One of my lady associates who happens to be a PhD graduate from Knoxville, Tennessee University, and who now lives in Ottawa commented to me: Brother Farook, I am glad that I attended this event. Professor Taj is an Amazing scholar.

The obvious question is where do we stand now and fairly rate our performance and the anticipated future of the new Muslim generations, considering that there is no shortage of bright Muslim minds in almost every field of knowledge. We concur that every success has to be accompanied with sacrifice. A Gold Medal Athlete will have to spend endless hours of solid training schedule. A successful student will have to burn the candles to light up the late night hours in order to accomplish his / her learning goals and tally the highest marks. A dedicated and just ruler who attends to the earnest wishes of his people, would end corruption, provide social and financial security, and would make the law of the land apply to all people, no exception(s). Yes, no one will be above the law.  These are just some examples of scarifies for the sake of attaining success, justice and fairness. The same applies to almost every turf. But how can that be achieved is a matter of what I personally believe to be a dedicated parental upbringing, virtuous leaderships, serious follow up on avoiding past errors, adhering to self-respect and respect of others and above all, as far as I am concerned, have faith in God to walk the right path and help humanity.

For over a thousand years, we are asked at every Masjid (mosque) to form and maintain a straight line (for Allah [SW] does not look at the undulating line) , which we have yet to fully accomplish. Keep clean at all times and especially at prayer times and avoid being offensive to others on the praying line i.e. have renewed cloths, hygienic body and fresh breath and yes clean and fresh over all odour. This is a matter that is predominantly embarrassing to discuss with the offender(s). Indeed it could have a hostile conclusion to our brotherly relationships. Self-esteem, although erroneous, prevails!

When I used to visit Malaysia which can be hot and humid for most months of the year, I noticed that men made space between one person and another on the prayer line. Being ignorant and unaware of the unwritten rule there, I often squeezed myself to fill in the gap and often became on the receiving end of dirty looks. But I thought that I was following the Sonnah and that is to always fill in the gaps, which I grew up with and respected to follow. Although there was air-condition, the crowd in the masjid, especially on Fridays, was overwhelming and the thought of having a gap between worshippers is logical and acceptable to refrain from potential alleviated body heat and henceforth increased humid air!

One of the awful things that offend others are armpit odour, unwashed dirty cloths, and yes awful bad breath which we often experience, especially at Fajr salah (dawn prayers). These evidently take away the focus of performing salah (prayers). It is also a very sensitive matter to discuss with others no matter how carefully tactful and respectful you may attempt to present the issue!

I have performed Salah in many countries worldwide, and I have witnessed and experienced the most wonderful and the most awful habits and lack of focus on the Muslim line. And I wonder why that would happen when we know that Islam calls, among many noble and worthy habits, total cleanliness. Indeed, some knowledgeable, honourable and well-thought-of Imams in the Muslim world, who are married and have children and in the eyes of hundreds of thousands remain as leaders in the community. Yet, these Imams forget to maintain clean clothes or fresh breath.. etc etc.  Whispers may circle, but no one dare to speak. It is a sustained sin that few would dare to wash out and speak about!

How do we truthfully correct this misfortune and move forward without trespassing or infringing on the sincere level of respect that we have for others, especially the Imams. It is indeed a sensitive issue that perhaps upright and understanding family members could assist in the required sweet ending result. But, who would dare to talk to the spouse or any family member to obligate the sweet ending result?

Long time ago, I received complaints from my staff members in the office I worked in that my Executive Secretary, who was then a recent immigrant arrival, need to wash her cloths and body as the odour is offensive. I had already noticed that problematic issue but I was rationalizing of a decent approach to address it to save face, lest I add insult to injury. I therefore asked another girl in the office to take my executive secretary to lunch and address this issue openly from one lady to another. I am glad to report that the hidden plot was a success, although I was dejected to learn that the Immigrant Secretary was living a difficult life with bare minimum and limited financial resources (if any), a jobless husband and small but demanding children, all living in one bedroom dwelling, in an ancient standing building where they cooked, slept but never washed or sent their cloths to the laundry. At the end of the day, she was evidently exhausted to attend to additional family duties. In spite of that fact, things turned out to be bright, smiley and no one lost the job!

I say, once we reach that goal of regularly accounting for our daily actions, we can then move on to the world of success and attain and maintain the glorious days that we all aspire to accomplish for Islam and Muslims as well as for ourselves.

I hope to be able, insha Allah, to address other vital issues that present a precarious name for Muslims worldwide. Islam also calls for harmony, justice and safe dealings with others regardless of race, religion or colour and without causing harm to humanity. It is a subject matter that Radicals regrettably perform within their respective constitutional sphere, thereby intentionally or unintentionally forgetting about the values and the teachings of Islam and the sayings of our Prophet and teacher, Mohamed (SAW).  Regrettably, their activities are performed (audaciously) in the name of Islam and they seem to be proud to kill or injure others and then copiously and obstinately proclaim: Allah Akbar!

Helping others a core principle in Islam By S N...

The Challenges of raising our Children,Farook Aman, Ottawa, Canada 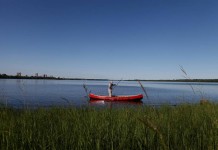