When we are wrong but think that we are right ! A short story with wisdom!

Yvonne, a middle-aged lady, was sitting one evening at Honolulu airport waiting for her scheduled flight to be announced. While waiting, she went and bought herself a book and a box of sweets in order to pass the time.

While she was quietly engrossed reading from the book that she had purchased, suddenly she noticed a young woman had started eating from HER box of sweets, which was placed between the two of them!

At one moment, Yvonne was evidently impatient and irritated at the blatant gall of the young woman. However, she thought to herself,

“ If I were not an educated lady and respectful of the good values that I had learned in life, I could admonish this young woman with one sharp look, that would teach her to refrain from digging her hands into my box of sweets, every time I take a piece, she also takes a piece!  The impertinence of this child!”

In spite of Yvonne’s watchful glances, it did not seem to deter the young woman from continuing her raid of Yvonne’s box of sweets.  In fact, she managed to secure the last piece and with a daring smile, the young woman divided it into two.  She ate one half and offered the other half to Yvonne, who quickly snatched it from her hand and popped it into her mouth.

She thought to herself, “The audacity of this young woman, dividing the last piece of MY sweet and utter not even a word of thanks!”

At that moment, a flight announcement came over the loud speakers. Yvonne got up quickly, and impatiently collected her luggage, intentionally making clicking noise as she hurriedly put items into her bag.  She then proceeded to walk rapidly toward the departure gate not looking back once at the young, ungrateful “thief” who took sweets from her box without a single word of apology or thanks.

When Yvonne was comfortably seated on board the plane, she rummaged through her bag for her book to resume reading.  With shock, she touched something very familiar and when she pulled it out, she realized it was the box of sweets she had bought at the airport!  She then thought to herself, “Oh my God, the young woman had actually allowed ME to share her box of sweets!  It was I who was then the thief?”

Yvonne realized then that she was obviously the ill-mannered one who stole sweets belonging to the poor young, smiling woman. She thought to herself, “What a shameful act of ignorance and ingratitude!”

This story brings to light the question for us to answer as to how many times in our lives do we often think that we are right and we hold on firmly to our point of view,

Whether we may or may not be justified in our action(s) and regardless of what might others feel? Perhaps, we could in fact be far away from the truth, yet we would remain steadfast and firm to our position not knowing that we were wrong all along!

That is why; often we may have to think twice before we make any judgment on others.

May God forgive us for the wrong judgment(s) that we often make. 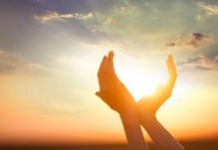 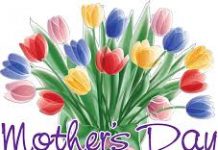 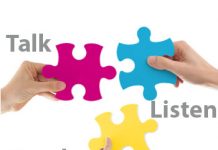