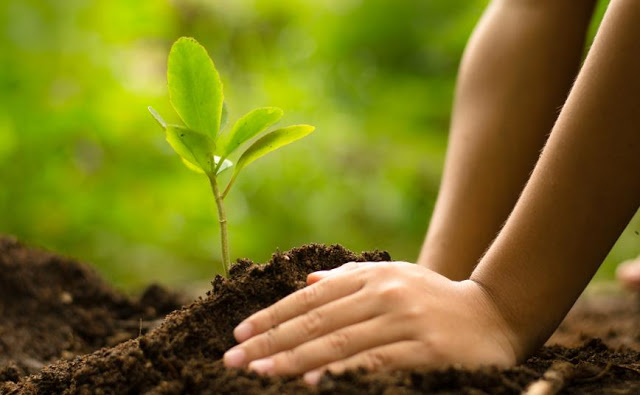 Allah says in the Quran:

Verily We shall give life to the dead, and We record that which they sent before and that which they leave behind, and of all things have We taken account in a clear Book (of evidence). (Surah Yaseen 36:12)

It is inevitable that we will die, but we do not know the time of our death in advance (see Quran 31:34). We will then be placed in the ground and be covered with earth. But then Allah, at an appointed time, will bring us back to life and we will stand before Him. How that happens is known only to Allah and is beyond any knowledge that we possess.

The reality of Allah bringing the dead back to life has been mentioned many times in the Quran, including in the above verse. See also these verses as a small sample of what the Quran says on this topic: 6:36; 46:33; 50:11; 75:40. As believers, we believe what Allah says without questioning it. Allah knows and we don’t know. There is no good that will emerge for us if we fight against what Allah has decreed. We can either submit willingly or unwillingly to Allah’s decree, but the outcome will be the same — we will die and Allah will bring us back to life. Some us will die very young while others will live into old age, and that is all decreed by Allah.

It should be also noted that only Allah is able to accomplish this, so this verse is a statement of tawheed.

All that we have done in this life, whether good or evil, is being recorded in a book and nothing will be left out, not even the slightest incident, thought or deed. Consider what people will say when they see their book of deeds:

And the Book (of Deeds) will be placed (before you); and thou will see the sinful in great terror because of what is (recorded) therein; they will say, “Ah! woe to us! what a Book is this! It leaves out nothing small or great, but takes account thereof!” They will find all that they did, placed before them: And not one will thy Lord treat with injustice. (Quran 18:49)

The deeds that we do during the course of our lives are “qadam” and this is the word used to in the above verse from surah Yaseen. It means to put forward. The word is used numerous time in the Quran. For example, Allah says:

O you who have believed, fear Allah. And let every soul look to what it hasput forth for tomorrow – and fear Allah. Indeed, Allah is Acquainted with what you do. (Quran 59:18)

So they deeds that we do in this life are sent forward and recorded in a book and they await us on the other side. And we are encouraged over and over to send good deeds ahead, as it will be for our own good. In fact, some will express remorse that they did not do more. For example, consider this verse:

But there is something else that will be recorded that we need to keep in mind, and that is what we leave behind after we die. Please read the verse again:

Verily We shall give life to the dead, and We record that which they sent beforeand that which they leave behind, and of all things have We taken account in a clear Book (of evidence). (Surah Yaseen 36:12)

The Arabic word used to describe this is “waāthāra” which literally means footprints. And what is a footprint? It is a trace or evidence that a person was at a particular place. A footprint is something that is behind. It remains even after the one making the footprint is no longer there. And Allah says this footprint  — “waāthāra” — will also be recorded.
So the question becomes, what kind of “waāthāra” or footprint are we leaving behind?Consider the followiing hadeeth where the Messenger of Allah (pbuh) stated:

“When a person dies, all his deeds come to an end except three: sadaqah jaariyah (ongoing charity, e.g. a waqf or endowment), beneficial knowledge (which he has left behind), or a righteous child who will pray for him.” [Reported by al-Tirmidhi and Muslim]

Those things which we do in life and benefit people after we have passed way will count as a good deed on our behalf as long as our intent was to bring benefit people. The above hadeeth, although very short, captures a wide range of deeds people could do that are potentially beneficial to others after they die. One could help build a school or institution, write a book, raise a child in a good way. Even planting a tree from which someone else gets shade counts as a good deed for the tree planter. The list is endless. On a personal note, this is why I am writing these articles in hopes that others will, in some small way, benefit from them.

I think the following comment from the online writer named Joseph Islam, is worth quoting at some length as he captures the meaning very well:

Doing good is fundamentally a matter of ‘intent’. For example, two people plant a tree with equal good intent. However, far more people enjoy the fruits of one tree, and the other tree does not see as many people coming to take fruit from it. Should the person who planted a tree which saw less fruit bearers be rewarded any less? After all, both individuals planted the tree in equal measure with equal good intent to benefit future generations. It was not up to them, nor in their knowledge as to how many people would come to visit their respective trees.

Similar is the case for other forms of charity. For example, two individuals make wells for people to drink water from. One well sees more people coming to drink from it as opposed to the other. Does the individual whose well is not so well frequented deserve any less reward that the other individual, given that they both had equal good intent and did not have knowledge of the extent of utility that their respective wells would bare? Once again, it is ultimately a matter of intent and you are arguably not responsible for matters outside your control.

Therefore, as far as verse 36:12 is concerned, individuals will only be rewarded for the good they have done and the intent they had for the good of future generations. This indeed would be taken into account and verse 36:12 confirms that. However, there is no warrant to limit its interpretation to a superficial count of ‘how many’ people benefit, especially when this is outside the realms of knowledge of those who intended only to do good.

So yes, our ability to accumulate deeds for ourselves ceases at death. No one can ‘add’ to our account or ‘subtract’ from it. However, any good that is done in one’s life, it will be taken account,  including any long term benefits (traces / mark / effects that they have left behind: ‘athar’) – ), that the doer of good intended.

The point here is —  to the best of our ability, along with a sound intention —  to leave behind a good legacy (or footprint) from which people could find benefit. Thus our goal in life, if we reflect upon this, should be a source of goodness for others and not merely being self-obsessed with our own concerns or inflicting harm on others.

May Allah help us all to put forward good deeds, which will benefit us in the hereafter, but also be a source of goodness and blessing for others even after we leave this life.

Helping others a core principle in Islam By S N...

10 Ways to Strengthen Spirituality While We Stay at Home,Written By...