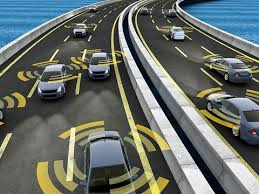 Recently I had the opportunity to attend Ottawa’s Autonomous Vehicle Summit.  This full-day event provided much information and insight on the subject of autonomous vehicles (AV) and where Canada and more specifically Ottawa are positioned in this technological revolution.

The most resonating message of the summit was the success of the autonomous vehicle market in Canada depends on the success of it in Ottawa.  Currently, there are at least four Ottawa companies that are working on AV and related technologies.

Not so long ago, the idea of a driverless vehicle belonged in sci-fi literature and movies.  Yet, last fall Kanata was host to a pilot of the first driverless vehicle on a public road in Canada.  Industry insiders predict that within 10-50 years, AV’s will no longer be a novelty but rather a reality.  The economic and social implications of this are tremendous. If we stop and think a little more in depth of the benefits and consequences of the adaption of this technology, it is clear that a lot needs to be done and the sooner the better.

The benefits of AV’s are far-reaching both financially and socially.  It is believed that the adoption of driverless vehicles may reduce road accidents by as much as 95%.  The advent of the Light Rail Transit (LRT) will certainly help reduce the number of vehicles on the road but it’s in its first stage and almost half of Ottawa’s residents will not have ready access to LRT.  Many people will continue to rely on their personal vehicles for a variety of reasons.  AV’s will also give the opportunity to the numerous people, including the elderly, who for medical reasons cannot drive.  Gone will be the ‘old’ days when teenagers counted down the days until their sixteenth birthday for the freedom in the form of a driver’s license.  Certainly, the benefits will be plentiful including some which we haven’t even thought about.

There are a few challenges ahead with the adoption of this technology and all three levels of government have to be prepared to tackle this head-on.  The reduction of fossil fuels, while greatly beneficial to the environment, is a great source of income for the government.  Thought must be given on how to replace that revenue.  Furthermore, to prepare for the on-road AV, signage and electrical chargers must be changed and increased.  As we spend millions of dollars on infrastructure today, we must also be cognizant of the requirements of an infrastructure that will support AVs.  All these factors require both policy changes and money.

The work we do at COIN (Circle of Open Innovation & Networking) right here in Ottawa will be instrumental in solving rural connectivity which of course is of paramount importance to the future of all autonomous vehicles; think shuttles, combines, transport vehicles and more!

In the next issue, I will detail more on this topic, 5G and what we are doing right here in Ottawa…Stay tuned!

In solidarity with Uighur Muslims By Radia Ali HCI