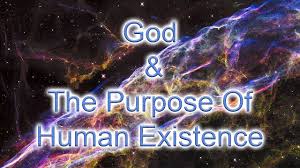 When we seek to understand the world around us, and even our own selves, devoid of any guidance from Allah, we will end up arriving at a distorted conclusion at best. Yes, humanity has in its position oceans upon oceans of knowledge, too much for any one person to absorb, but here I am referring to the ultimate meaning behind things and not merely their surface manifestations. There is a vast difference between knowledge and understanding. One could have a lot of knowledge about a particular topic yet continue to be devoid of any real understanding of the subject they have studied.
For the most part, humanity have distorted understandings about the following five issues:
1) Distortions regarding the source of human existence and where they came from.
Revelation from Allah, via the prophets, with the final prophet being Prophet Muhammad (pbuh) to whom Allah revealed the Quran, as well as the sunnah (prophetic way or example), provides clear and unambiguous answers to the the question of the source of our existence. We know that Allah is the source of all life and that it is He who brought us into existence. The means by which He did this is the realm of science, which we study to more fully understand the creation of Allah and glorify and praise him further. Sadly, many people arrive at an opposite conclusion and deny Allah’s existence, even though the clear evidence to the contrary is presented to them. For how can all of this complexity come into existence without a creator? Even the complexity argument is dismissed!
2) Distortions about Allah. Who He is and His attributes.
There are many distortions people have concerning who Allah is. There are millions upon millions of books in print which talk about Allah, resorting to various kinds of descriptions. These books are filled with many contradictions to the point any sane person would become confused. The Quran tells us who Allah is, and how Allah describes Himself in His sacred book is crystal clear. See  the following verses for as small sample describing who Allah is, including His names and attributes: Surah al-Hadid 57: 1-6; Surah Hashr 59:23-24; Surah al-Ikhlas 112; and  Surah Baqarah 2: 255.
And to deny the existence of Allah, as many people do, is to throw all rationality out the window, and is refuted when confronted with sound evidence. (See: Notes On Deconstructing Atheism)
3)  Distortions about the world around us. Why things happen, as well as those things we deem to be important or we highly value.
We attribute meaning and value to things because we are, for the most part, overly influenced by the society in which we live. Our notions of reality are distorted and the only thing that can correct those distortions is revelation from Allah. Here I wish to give you two examples of what I am talking about:
Abu Huraira reported: The Messenger of Allah, peace and blessings be upon him, said, “The strong are not the best wrestlers who can overpower others. Verily, the strong are only those who control themselves when they are angry.” (Source Bukhari and Muslim)
And. narrated By Abu Huraira: The Prophet (pbuh) said, “Riches does not mean, having a great amount of property, but riches is self-contentment.”  (Bukhari)
Here the prophet (pbuh) is reminding us that people have a definition of what it means to be strong or rich. But the prophet says no, and offers a new definition altogether which most people would not even consider. And the teachings Islam is filled with these correcting of distortions where people embrace one set of truths or definitions of reality, while Islam offers something altogether different. This offers a challenge to our pre-conceived notions. Read again surah al-Kahf verses 60-83 which informs us of the interaction of Prophet Musa with Al-Kidhr and reminds us of how things appear to have one meaning but in reality they mean something altogether differently.
4) Distortions about the meaning of existence. Why are we humans here on this earth?
Many people and philosophies offer explanations regarding why we are here on this earth. Some even say there is no meaning at all — we live and die and that is the end of it. Our role, say those who embrace this worldview, is to make the best of our situation after which we will die. But Islam informs us of the meaning and purpose of our lives. Allah says in the Quran:

“And I created not the jinn and mankind except that they should worship Me (Alone).” (51:56)

“And We have not created the heaven and earth and what is between them in vain. That is the opinion of those who disbelieve. And woe to such disbelievers, because of the Fire. Shall we treat those who believe and do good deeds as those who spread corruption on the earth? Or shall we treat the pious as sinners?” (38:27-28)

“And among the people there is he who sells himself for the pleasure of Allah, and Allah is kind to His worshipers.” (2:207)

“There has come to you from Allah a light and a luminous Book, through which Allah, by His grace, guides all who seek His good pleasure on the path of peace, and brings them out of the depths of darkness into light and guides them unto a Straight Path.” (5:15-16)

These verses make it abundantly clear regarding the meaning of human existence. We were placed on earth by Allah to worship and serve Him exclusively. We are called upon to live our lives in such a way that what we do in life is pleasing to Allah, even if doing so displeases those around us.
5) Distortions about the hereafter. What happens when we die? Many people hold the belief that when a person dies that is the end of it. But is that true? And do they really believe that to begin with?
I have a book in my possession entitled “Death and Afterlife: Perspectives of World Religions” by Hiroshi Obayashi. The book makes for interesting reading as it outlines, as title suggests, the various beliefs people have regarding death and the afterlife. The history of humanity is replete with many explanations about happens when we die, but these are based on conjecture and not sound evidence. Islam informs us in great detail what will take place after death.
One may begin by reading Surah Al-Waqi’ah, the 56th chapter of the Quran, which addresses the topic of personal accountability in the life after death. Islam teaches that  the present life is a trial in preparation for the next realm of existence, and not everyone will meet the same fate. Allah says in the Quran: “Not equal are the Companions of the Fire and the Companions of the Garden: it is the Companions of the Garden, that will achieve Felicity.” (59:20) This topic has been addressed by all of the prophets and is one of the three major themes of the Quran, the other two being the oneness of  Allah and prophethood. I will here provide one verse for readers to reflect upon:

“And they say, ‘There is not but our worldly life; we die and live (i.e. some people die and others live, replacing them) and nothing destroys us except time.’ And they have of that no knowledge; they are only assuming. And when Our verses are recited to them as clear evidences, their argument is only that they say, ‘Bring [back] our forefathers, if you should be truthful.’ Say, ‘God causes you to live, then causes you to die; then He will assemble you for the Day of Resurrection, about which there is no doubt,’ but most of the people do not know.”  (Quran, 45:24-26)

Each one of these topics deserves deserves an article, or even a full length book, of their own. As believers, we should be aware of these five distortions and how Islam responds to them. I have witnessed that even many people who call themselves Muslim fall into these traps of thinking because they are so influenced by the societies in which they live and the people around them, without taking the time to make reference back to the Book of Allah or the prophetic sunnah to see if their thinking is correct or not. They just un-reflectively assume they are correct and leave it at that. Such thinking is dangerous.

Allah has sent the divine message to correct our erroneous thinking because He knows that left to our own devices we will continually fall into error.

If we desire to call others to Islam, then we must have a sound understanding of the above distortions and be prepared to respond to them when the time is right. If for no other reason, we should strive to correct own distorted thinking  for our own sake so that we can serve and worship Allah as He deserves.

On the National Day of Truth and Reconciliation…!, Siraj Iqbal

“This is the Cycle…”- Engr. Siraj Iqbal