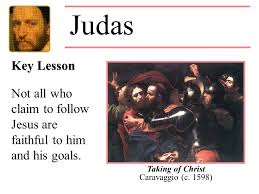 Judas  Iscariot was a disciple and one of the original Twelve Apostles of Jesus Christ. According to all four canonical gospels, Judas betrayed Jesus to the Sanhedrin in the Garden of Gethsemane by kissing him and addressing him as “Rabbi” to reveal his identity to the crowd who had come to arrest him. His name is often used synonymously with betrayal or treason.

The Gospel of Mark, the earliest gospel, gives no motive for Judas’s betrayal, but does present Jesus predicting it in advance at the Last Supper, an event also described in all the later gospels. The Gospel of Matthew 26:15 states that Judas committed the betrayal in exchange for thirty pieces of silver. The Gospel of Luke 22:3 and the Gospel of John 13:27 instead suggest that he was possessed by Satan. According to Matthew 27:1–10, after learning that Jesus was to be crucified, Judas attempted to return the money he had been paid for his betrayal to the chief priests and committed suicide by hanging. The priests used the money to buy a field to bury strangers in, which was called the “Field of Blood” because it had been bought with blood money. The Book of Acts 1:18 quotes Peter as saying that Judas used the money to buy the field himself and, as he was walking through it, he “[fell] headlong… burst asunder in the midst, and all his bowels gushed out.” His place among the Twelve Apostles was later filled by Matthias.

Despite his notorious role in the gospel narratives, Judas remains a controversial figure in Christian history. For instance, Judas’s betrayal is seen as setting in motion the events that led to Jesus’s crucifixion and resurrection, which, according to traditional Christian theology, brought salvation to humanity. The Gnostic Gospel of Judas – rejected by the mainstream Church as heretical – praises Judas for his role in triggering humanity’s salvation and exalts Judas as the best of the apostles. Since the Middle Ages, Judas has been seen as the personification of the Jewish people and his betrayal has been used to justify Christian antisemitism. 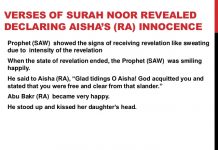