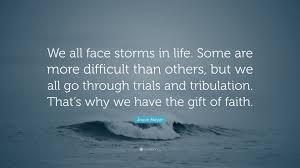 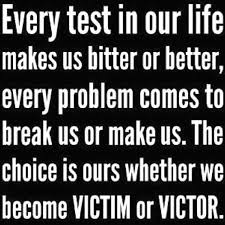 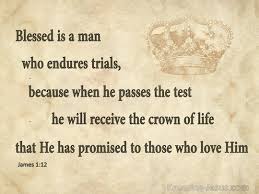 The Quran  is full of stories of previous prophets and their nations. A diverse range of stories are narrated, how many such previous nations perished because of their rejection of and disbelief in Allah (swt) and His prophets and messengers. One such prophet is Yusuf (as), weighty story, which is narrated to the ummah of Muhammad (saw) through the Quran.

These stories are highly relevant to our 21st century life because, save for changes in technology and science, the essence of human life remains the same. Mankind today is engaged in similar evils which previous nations had engaged in. If the ummah fails to lead mankind out of the darkness, the same fate awaits mankind as those previous nations were subjected to. Therefore, prophetic stories are acutely relevant today.
As Allah swt states,

Who has created death and life, that He may test you which of you is best in deed.[] And He is the All-Mighty, the Oft-Forgiving; (67.2)

Allah swt also clearly stated that  any calamity befalls on us is with his wisdom to purify us, and to raise our status

Prophet Yousuf AHS: The story of Yusuf (as) begins with the glad tidings of his prophethood, which then develops into a series of tragic trials and tribulations, and finally ends with success and glory where Yusuf (as) becomes a ruler in Egypt. The story begins with his dream about himself and ends with his interpretation of that dream.

The plot to exile Prophet Yusuf (as): Yusuf (as), who ws beloved of his father,  Yaqoob/Israil (AHS), dreamt that eleven stars, the sun and the moon were all prostrating before him. He narrated this dream to his father the next morning, whereupon Ya’qub (as) realised that this was a vision from Allah (swt) and an indication of Yusuf’s (as) future prophethood. Ya’qub (as) warned his son not to disclose this vision to his brothers, for he feared that it would cause further jealousy amongst them who were already acutely spiteful of Yusuf (as).

Thus, after much scheming and conspiring, they concocted a plot to banish and exile Yusuf (as) into a distant land. They cunningly invited Yusuf (as) to go out with them and threw him down a deep well and left him to fend for himself. The brothers then deceitfully told their father that Yusuf (as) was devoured by desert wolves and presented Yusuf’s (as) shirt, which they had soaked in sheep’s blood.

Upon receiving this heartbreaking tragic news about his most beloved son, Ya’qub (as) did not believe his sons. Allah (swt) relates to the ummah Ya’qub’s (as) response, “He said, ‘Nay, but yourselves have made up a tale. So (for me) patience is most fitting. And it is Allah (Alone) Whose help can be sought against that which you assert’.” [Surah Yusuf: 18] The lamb blood soaked shirt was intact, and Prophet Yaqoob commented jokingly, the wold was kind he ate Yousuf but did not tear his shirt

In the face of such great loss Allah’s Prophet Ya’qub (as) showed us how one should respond. Ya’qub (as) did not despair of Allah’s help, nor dissatisfied with the calamity that befell upon him. Instead, he remained patient and sought refuge in and the help of Allah (swt) alone.

There are indeed lessons for us from this episode of the story in Surah Yusuf. Allah (swt) says,“And Allah was the All-Knower of what they did.” [Surah Yusuf: 19]

Allah (swt) was fully aware of what was occurring and could indeed have stopped the wrongdoers who harmed Yusuf (as). However, out of Allah’s infinite foresight and wisdom, He (swt) decreed otherwise and allowed it to occur so that His decision of a great future for Yusuf (as) would prevail at the appointed time. Allah (swt) let the wrongdoers have a momentary respite so that eventually Yusuf (as) would succeed and have authority over his nation, not just over his brothers.

Lessons for today: The lesson for us at this point is to remember that even if someone close to us intentionally harms us, and it looks like we are the losers and that they have gotten away with it, we should strive to remain patient. The hope that the undesirable event might turn out to be good for us in the long term, and trust in Allah, should see us through such a trial. Often, this is exactly what happens.

The lesson from Yusuf’s life is that if people – family, schoolmates, friends or colleagues – undermine our talents, abilities, skills or knowledge where we  live or work, do not let it lower our self-confidence or self-esteem. Imagine a young lad, a future Prophet to be appointed by Allah, a future ruler of the land, who had dreamt of the sun, moon and stars prostrating to him, standing dirty and bedraggled among other slaves, with shackles around their ankles, possibly herded inside cages like animals, on sale for a few dirhams to the elite upper crust of Egyptian society? How must he have felt to be separated from his family and to have become a vagabond this way?

People who intentionally wrong others eventually suffer the “evil karma” of their deeds even in this world, and sometimes, it so happens that the one they oppressed eventually has the upper hand or a more powerful position than them, a few years down the road.

At the time of the dawah of Muhammad (saw) in Makkah, despite the Quraish’s atrocities against the early Muslims, and even prophet Muhammed as tribe of Bani Hashim was exiled for 2-3 years.   Allah (swt) had granted victory to His Messenger (saw) over the Quraish and Islam.

Prophet Yusuf (as) taken to Egypt by the mercy of Allah swt as house assistant to the house of minister Aziz.

We should not blame any one, keep good relations with all friends, families, community members. Like the brothers of Prophet Yousuf AHS, sooner or later, they will realize and seek forgiveness from us and from Allah swt.

As Prophet pbuh taught us, Oh Allah swt you are the pardoner/forgiver and you love to forgive/pardon. So please pardon me. As scholars say, do the friends, relatives and community members deserve forgiveness,  may be yes, may be no; but we need to pardon and forgive al of them, so we get pardon and forgiveness form our Creator Allah swt. 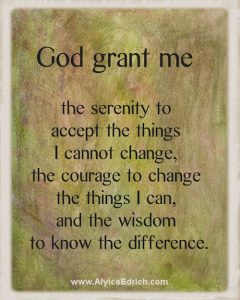