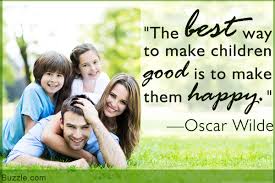 Jabir Ibne Samrah(RA) narrates that Prophet Muhammed(pbuh)has said, to the nearest meaning, ”Its better for a person to spend money for the religious upbringing of children and to teach them virtuous deeds than to give similar money to someone else in charity.”(Mishkaat).

A person has to use wisdom in performing good deeds, the Prophet (pbuh) has instructed us that it is better for one to spend money on our own children for their better(religious) upbringing than to give this money in charity, therefore the first responsibility of every Muslim parents to pay attention of their children upbringing and schooling of their own children, in order to instill in them good qualities regardless of the expense one is required to make it, thus piety in our children is, in itself good for the children.

Secondly this guarantees the betterment for the society, in general by training pious and good individuals for the dociety, therefore Allah(swt) blessings will be showered on those parents who consider it their duty to properly train their children and undergo great sacrifices to achieve this goal.

Obedience is one of the most striking features of the human character.Obedience is seen as something which develops in the child in the same way as other aspects of his/ her character, the child has to consolidate his/her innate character before he can be directed not only by his/ her own will, but by the will of another, this is a great step forward in the path of obdience. 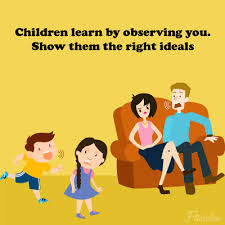 tax letters on US & Canadian taxes

Author of several books on Canadian &

Author of several books on, Budgeting,