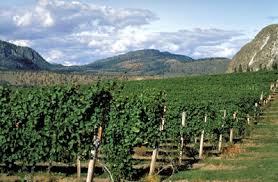 For a couple of years now I have been working on a number of initiatives with a small group of people.  Precision Agriculture is one subject and Autonomous Vehicles another that have not only held our interest but generated significant global interest with MNE’s and SME’s.  It started as a goal to populate Citigate Prestige Business Park – the area around COSTCO has been zoned for good jobs.  During the journey we established COIN (Centre of Open Innovation and Networking) at the National Capital Commission Greenbelt Research Farm across Woodroffe from the Nepean Sportsplex.  This gated community will soon be a one of a kind testbed in North America.

Early on we knew of the need to protect our local food system and build on our regional strengths.  We know that the world needs to increase Agri-food production 70% by 2050 and we know that Canada is the only country (currently we are 5th in Agri-food exports) able to move up to a #2 position.  An exploding world population and unpredictable growing seasons have shown the need for new, sustainable, agricultural methods in order to feed the world. Meeting this demand in increased productivity will require reducing costs and will require farmers to shoulder an even greater duty of environmental stewardship than they already carry. AEL believes finding new ways to increase output is just the beginning.

By working as one organization, AEL’s consortium of partners can achieve a new vision for agriculture. Collaboration between the technology and Agri-food industries will allow for greater variety of crops and increased food security. Much of the food we consume travels, on average, thousands of kilometres before it reaches us, Ontarians spend over $20B in imported foods, half of which can be grown locally. Locally produced food is fresher than imported food, it helps preserve plant and livestock genetic diversity in our region, increases options for food flavour/aesthetic in culinary and processing venues, and it creates a local terroir that attracts tourism. The growth of the local food industry also means substantial economic growth and benefits. Ottawa residents spend approximately 11% of their income on food. Locally produced food strengthens food security and food sovereignty; farmers feed people. Keeping food production local creates a diversification of regional economic activity increasing the stability and resilience of the local tax-base. By supporting local farmers today, we are helping to ensure there will be farms in our community tomorrow.

It has prompted both the City and our Economic Development partner Invest Ottawa to identify the sector as a key investment priority. We are learning that our high-tech sector can support the Agri-tech sector. We know there are tremendous economic opportunities in the technology sector and we want to roll out the red carpet for innovators, by thinking outside of the box. Similar to our telecommunications expertise, our AI ecosystem will help advance innovations in Agri-food because we know that companies like IBM have global portfolios in smart agriculture.

We know that agriculture does not have boundaries and that food is regional in movement. As a result, we are working with our neighbours to voice our strengths and support our local food system.  So as stakeholders in Eastern Ontario we have come together to form a unified voice. Our collective, known as the Agri-East Lowlands (AEL) will advocate for the region’s Agri-food industry within Ontario. AEL’s mission is to be at the forefront of Agri-food innovation in Eastern Ontario. By building a strong network of collaborators from across sectors, AEL will help to ensure that Eastern Ontario maintains a viable Agri-food sector that continues to feed our people and our economy.

Our Eastern Ontario Agri-food sector was settled in the late 18th century. Eastern Ontario was a natural fit for agriculture. Comprised of rich, fertile soil nestled within the Ottawa, Rideau and St. Lawrence rivers triangle, the area has a strong and diverse agricultural history and easy access to major waterways for irrigation and trade. Currently, Eastern Ontario provides an expanding market opportunity for new and young farmers to enter the sector by providing support for regional training programs, succession planning, and regional networking programs. These programs are essential in helping to expand upon the existing infrastructure of more than 7,000 farms and over $1B in food production sales in Eastern Ontario.

Advanced technology, and the connectivity it requires, are the future of food production. The rural areas of Ontario, generally, are underserved in relation to connectivity. Lower population density and greater distance have created challenges for traditional service models, but alternative service delivery models are in development to address this. These developments will allow the greater bandwidth requirements to move big data. Connectivity is not just about technology. AEL is also working towards greater connectivity between communities, postsecondary schools, farmers and producers, and the public. These connections help train the next generation of farmers and producers, through increasing farm and food technician and trades programs at local colleges throughout Eastern Ontario. It will also help people to understand where their food comes from. Connecting communities provides a greater voice in

Ontario when seeking political and financial support. Connectivity also reaffirms the importance of community and cooperation in rural living. Next year we will have 5G at our COIN site just north of Barrhaven.

AEL’s rich agricultural tradition, available land, and talent base is primed to be at the forefront of a new era in agriculture. The farm to fork movement, agricultural tourism, opportunities for meaningful employment, circular farming economy and leading smart-agricultural adaptation are just the beginning of AEL’s goals. 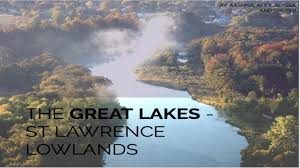