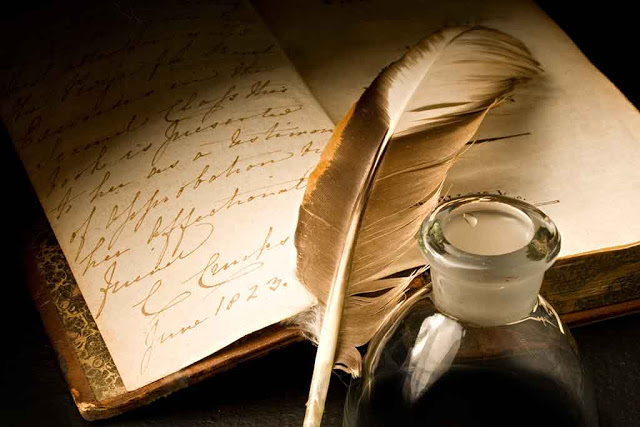 cautionary note before reading this article. What is written below will challenge your notions of orthodoxy. What the article does is invite you to think and critically engage with what you hold to be true and come to the realization that the world in which we live is not a simple matter of black and white. Such binary thinking will lead us to close mindedness, which in turn leads to fundamentalist ways of thinking when engaging with the world, as well as to a radicalized mindset in which no shades of grey are ever permitted.  Read on and reflect.
In this article I wish to briefly highlight the importance of acknowledging the role of time and space, one’s socio-economic status, ethic background, spoken language educational attainments, gender, sexuality, place of birth and family upbringing, health status, etc and how these all play a part in how one interprets and interacts with the world.
And the above also applies to what one reads and how they interpret and put into practice various religious texts.
Although the texts remain the same, how they are approached and understood is very much dependent on the above variables and cannot be dismissed as irrelevant.
That is why I am wary of interpretations or readings that were written at other times and places other than my own, as well as by those coming from a narrow demographic —  in most cases men.
I contend that how those writers understood and wrote about various religious texts is very much dependent on the above factors.
Given this, it would be difficult for me to accept much of what they have written as absolute truth, or the only way to understand these texts.
I too live in within a particular time and space. I too have an ethnic background. And I too possess a socio-economic status, have attained a certain educational level, have a sexuality, am male, speak and think in English, was brought up in a particular part of the world and live with my own unique health status different from these writers of the past. I live and breathe within a context in which they were not in possession of.
This is not meant, of course, to denigrate these writers and thinkers, but only to highlight the fact that people write, think and interpret what they come into contact do so within a certain context and vantage point.

Perhaps keeping in mind the following Quranic verse helps when thinking about the people who preceded us:  “That is a community that has passed away. Theirs is what they earned and yours is what you earned. You will not be questioned about what they used to do.(Q 2:134)

Knowing this will help us understand why they took the positions they did and show how their thinking processes  were influenced by their own context.

And when we understand that point, we can better understand our own position and critically engage with what is presented before us without being hesitant to do so. If people in the past did it, then so can we. And we should.

I freely admit that is difficult for me personally to make reference to something written several centuries ago, or even a few days ago, and make it necessarily valid for all time, because what was written was done so in a different context other than my own. I thus cannot accept those opinions and perspectives as being universal, even as mine are not universal, unless a dig a bit deeper.
When I read someone’s opinion on a topic I have to take into consideration all of the variables mentioned at the beginning of this article before I can either accept or reject the argument being made.
In other words, I have to understand why a particular argument is articulated, which entails the context in which it was made, as well as the person making it.
What it means to be a Muslim depends very much upon who you are asking. There is not a single unified response to that question. One’s understanding or interpretation of Islam, how it is to be implemented in one’s daily life or how it is understood, will elicit a variety of responses. This is so for a variety of reasons, not the least of which is the social, and even political, environment in which one was brought up in, as well as the other factors mentioned above.
This point should not be overlooked or downplayed.
As stated above, this is one reason I am personally wary of reading commentaries or books on Islam written many centuries ago and then seeking to apply those interpretations or understandings to today’s modern life. It is essential to keep in mind that those people who wrote those books and articles did so in a particular social and political milieu, and that one has to understand that milieu in order to grasp how they arrived at their conclusions.
Uncritically embracing their conclusions and interpretations and trying to apply them today, without understanding the context in which they expressed their opinions, will in many cases lead to disaster.
Although the Islamic texts — ie Quran and hadeeth —  never change over time, what does change are social and political mores, and these mores give shape to one’s thinking. This in turn will cause one to see and understand these texts in a new light, and help one embrace and arrive at an understanding which is appropriate for this time in history.
Take for a example a great work of literature. How that work was received and understood at the time of its publication is not something that is fixed. Over time, perceptions of these works of literature change or evolve. Some works fall out of favor altogether while others gain a greater appreciation over time. The text has not changed, but how people read and understand them has.
And this same process applies to reading Islamic texts. An understanding and implementation of these texts are not fixed and do change over time. And this is due the changes of the material conditions and societal ideas of those engaging with those texts.

This is not to say that religious texts lack sacred and eternal aspects, as that would reduce religion, including Islam, to a mere human construct with no divine source. I only wish to highlight that there are both intrinsic and contingent aspects in religious teachings, and we need to distinguish between the two. And this is not always an easy task because when one gets immersed in something it is hard to disentangle from it.

I think this point it very important to keep in mind because there are, at times, attempts to impose an authoritative understanding of Islam to the exclusion of all others. And many times those understandings are simply inappropriate as they do not meet the needs of these modern times.
For me, an argument or an interpretation cannot be embraced in total isolation without taking into consideration the above factors. I admit that this takes a lot of work and not everyone is up to the task.
It is a fact that many people are totally satisfied with being provided answers without having to think or be involved in any kind of critical engagement. But the effort, in my humble opinion, is worth it and so much more satisfying.
By taking the above into consideration, one is kept from being close-minded and embracing an absolutist mindset. Instead, one is invited to engage in balanced thinking which is based upon a realistic and critical engagement with the world in which they live and not merely on what someone wrote long ago or in an altogether different context.

But yet again, another word of caution has to be inserted here. I sent the above to a learned friend and I want to quote at length part of what he said, as I feel he makes a very valid point:

The only word caution you might like to consider before wrapping up this piece is the misinterpretation and misuse of the idea you are sharing here. If the intention is good, it helps. However, thinking of the Muslims in the Muslim majority countries, where there are so many influences; so much financial, cultural, social and other pressures; so much illiteracy and ignorance, this concept has already led to so many problems.
It’s a catch 22. People like you and me would agree to this idea with all Nobel intentions. Many scholars agree with us as well. However, the problem is that in many Muslim countries, one tribe is pitted against another; one group at war with another, declaring one another Kafir and getting out on “Jihadi” missions to kill each other only because they have equipped themselves with their interpretations of the Quran. For peace and avoiding human rights abuse, the orthodox, classical interpretations of the four Imams becomes a blessing because at least they don’t suggest to call each other Kafir, to kill all those who don’t agree with you, and so on so forth.
Bottom line: I am more than 100% in agreement with you. However, you may like to qualify the piece with reference to the Hadiths: but you need to qualify your article with a suggestion/idea for dealing with the ignorant among us using the same Quran for harmful purposes – like the ones shouting Allahu Akbar (God’s glorious name) and committing the worst crime against God.

What my friend says is true. But trying to foresee the implications of an idea in advance is not always easy for even the most gifted among us, of which I am not. Once an idea is inserted into the public domain, and my writings are not new in their subject matter, we don’t always have a clear idea of how people will respond to them. Same may offer praise while others will want your head in a noose. My above thoughts are, at best, merely a small reflection of reformist thinking within Islam which has taken place over the past century and which has met with very limited and non-uniform success.

Ultimately, no matter how pure our intentions, and no matter how careful we are to cross all of the t’s and dot all of the i’s so that our words and ideas remain above reproach, we cannot solve the problem of evil resident within the hearts of those who wish to inflict harm.

This is something we will have to live with and strive against. 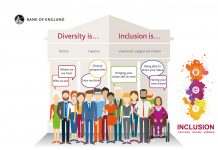 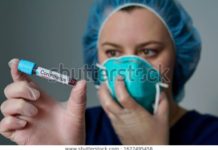 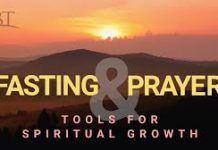