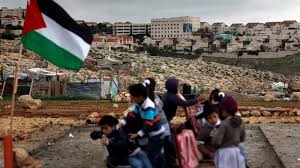 US President Donald Trump’s withdrawal of funds from the United Nations Relief and Works Agency, his recognition of Jerusalem as Israel’s capital and his closing of the Palestinian authority office in the US underline a basic fact – the United States provides enormous military, economic and diplomatic support to Israel which encourages and enables it to impose its diktat on Palestinians and their neighbors instead of seeking a just peace.

These decisions also reiterate what Trump has made clear, before his election and since, that his instincts lie with his supporters in the American Bible belt. Trump has made no effort to hide his feelings toward Islam and its followers. Now he is turning some of those instincts into US policy, likely with disastrous results.

In the past there have been instances, however rare, of the US acting in a fair and constructive manner to promote a just peace in the Middle East and end a tragic and destructive stalemate. President Dwight Eisenhower, President Jimmy Carter and to some extent President Bill Clinton made such efforts, though in a limited way and with meager results.

The usual pattern throughout history, however, has been that of the US providing huge economic, military and diplomatic support to Israel, encouraging it to build illegal settlements on stolen Palestinian land, defy the United Nations and the International Court of Justice and torpedo all efforts to promote a fair and lasting peace.

There was a time when the Palestinian leadership talked about “throwing the Jews into the sea,” but even at that period it was wishful thinking or an idle boast. The disorganized Palestinians and their Arab supporters were no match for the trained and well-armed Israeli gangs and militia who ousted Palestinians from their homes, refused to let them return and took over their property.

Israel controls the West Bank indirectly, imposes a siege on Gaza and builds more and more settlements which the United Nations and almost all countries of the world regard as illegal and a major obstacle to a just settlement of the dispute.

Trump has closed the Palestinian office in Washington DC and has stopped aid for the UN Relief and Welfare Agency for Palestinian refugees which amounted to some $350 million a year. He has also scrapped some $200 million given by USAID to the Palestinians and said he would cut $25 million more that went to six hospitals in Jerusalem.

Meanwhile the US gives Israel roughly $3 billion every year in economic and military assistance. The US has also threatened the International Court of Justice with sanctions if it investigates actions of the US or Israel.

Trump reasons that he is snubbing the Palestinians because they are not negotiating with Israel. But he ignores the fact that Israel is building illegal settlements on Palestinian lands, is refusing to let Palestinians return home, has imposed a siege on Gaza and has set up roadblocks that cause havoc to Palestinian lives.

The United Nations has warned that the plight of Gazans is “catastrophic” after years of economic siege and that the US decision to halt aid to Palestinians will greatly exacerbate their suffering.

The UN report declared that Israeli restrictions on the West Bank and Gaza have produced one of the world’s highest unemployment rates of more than 27 percent overall and around 44 percent in Gaza alone. As happens usually, the worst victims of this barbaric policy are women and children.

The US has been unwavering in pursuing policies that help to inflict such sufferings on the Palestinians. President Trump, however, has gone further. He is blaming the victims of US policies and is penalizing them further, worsening their sufferings.

It is no wonder that the Palestinians are losing whatever hope they had and are now totally helpless and desperate. Respect for the US is also taking a beating around the world. This is not a new development. But it is an ominous one because the US is the country many nations looked to in their hopes for justice, stability and peace in a violent world. Now it is seen as another world power that pays lip service to human rights and justice but flouts them when it comes to its own interests and those of its ally Israel.