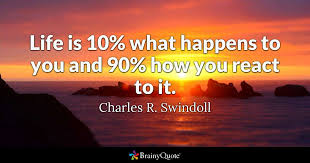 A wise man was once asked to define life. He gazed at the sky for a moment and quietly and humbly said, “Life is what you make it to be, depending on what kind of a spouse you may have. Life may be sweet and easier path to walk on, or bitter and harder mission to pursue” 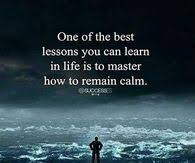 Rather than focus on the spouse’s personality and or the behaviour, we should also have a view on life as seen from another window. Successful as well as civil people tend to promote the notion of self-criticism and accountability. They tend to believe that self-accountability will put us on a smoother path thereby avoiding preventable turbulence.   Unnecessary daily challenges, be it at home with family members, friends or at the place of work or the neighbourhood might reduce stress and untold number of hours of sheer waste of time.

God bless her soul, my mother, who was an illiterate, who could not read or write had a unique and novel wisdom to share with others. She used to say that two things can make you happy or miserable in life; a good verses a bad spouse and a good verses a bad next door neighbour. Let us think about this statement for a moment.

Indeed a good, loving and caring as well as patient wife or husband will maintain a healthy and tolerable level of happiness at home. Being faithfully dedicated to family affairs and taking care of multitasking activities should provide a happy roof over the family head. That should not be accomplished at the expense of the wellbeing of either spouse. It is nature’s shock-absorber gifted by almighty god to maintain peace, tranquility, mercy and joy within the family walls of residence.

On the other hand, an unscrupulous wicked spouse (husband or wife) is a critical recipe for family disunity, aggressive behaviours, disrespect and lack of patience and mercy. This will most likely end with the proverb of what is known in French as “marriage without future!” Failure rather than winning is the only option in such example of ill-fated life. Where children live and observe such wicked and doomed home life could not and would be characterised as joyful. This might be repeated or copied with family generations with long and unhealthy stretch of misery, ailments, and greed. Usually such life ends in family disputes, long court proceedings and waste of time and money. It is described as: failures attempting to succeed on undeserving matters on which to spend time or money wastefully.

When we have evil and perverse next door neighbour, this might cause tension which could spill bad news of dirty family laundry spread over to the other neighbours. They might side with one party or another, thereby adding fuel to the already burning fire. Invariably, minor issues could escalate into major ones. For instance, a neighbour who had moved to next door with his unfriendly wife and two violent black-coloured Doberman dogs dictated the unilateral terms of  installing a steel wire fence which would allow the dogs to run free in their back yard. However, the other side neighbour did not favour to have a steel wire fence. They preferred to have wood fence in order to block the open view to their backyard. Inevitably, the neighbour in the middle was not willing to share the cost with either neighbour on both sides unless there was some consistency to the form of the fence on both sides of his own backyard. He wanted uniformity to have two fences on either side of his back yard as either steel wire or wood. Then and only then, he would be willing to share the associated cost. The neighbour with the dogs insisted on the steel wire fence. In fact, he went ahead and installed it without referring to his next door neighbour. He then went to the neighbour with an invoice and asked for payment of 50% to cover his share of the cost of the fence he installed. When his request was flatly denied, he threatened to allow his dogs to jump over the fence thereby disallowing members of the next door neighbour to enjoy the freedom of using their own respective back yard space. Knowingly or not, this was considered a threat with palpable legal ramifications. He acted as if he owned the land of both back yards. Few days later, he filed a complaint without explaining the matter fully to the city. Acting on the complaint, the city official showed up at the neighbour’s home to have firsthand inspection look on the matter. When he realised that the story of the dogs’ owner was inadequate, he decided to have the cost of the fence to be borne on the aggressive neighbour only.  Meanwhile, the neighbour between the two next door neighbours chose to have a fence of his own on either side of his backyard and absorbed the associated cost alone. He thought cedar trees installed would partially block the dogs’ view on his backyard and would be an added incentive to stop them from barking at his kids while they played in the back yard.

Needless to mention, this incident created a spiteful lifelong friction and unhealthy resistance between the two neighbours. Life was made difficult to live and enjoy.  Dogs’ waste was intentionally or otherwise found on the neighbour’s backyard. There were false complaints to the authorities, claiming night noise and disturbance of the peace. Junk mail added to the already junk mail received at the entrance. Deep seated scratches appeared on our parked cars on the driveway, broken lawn lamp post, etc. There was no proof as to who committed such acts and no one was caught red handed!

Taking vacations to go out of town was voted at home as imprudent action to take. They did not know what else the evil neighbour was capable of doing while the family was away on vacation.

How to elevate tension?

How can this matter be resolved without causing extra tension between neighbours? A wise person was consulted. It was recommended that the reasonable neighbour should bite the bullet, so to mention. He would allow for a budget to cover 50% of the cost of the wire fence, plus invite the next door evil neighbour and his wife for home cooked dinner at home. It was around Christmas time; a festive season to make peace, when the two feuding neighbours sat for the first time next to each other at the dinner table. Money was handed to cover the shared cost of the fence, plus a box of chocolate as a Christmas gift and goodwill. Peace and respect returned to the two homes, daily greetings and small talk which reflected civility engulfed the mood, whenever they met each other.

Far from thinking to react negatively, encouraged by family and friends to prove one point or another, sometimes, it is evidently problematic to separate trees from the forest. The matter can be resolved easier than expected. Challenge is often received with yet another challenge and threat. While the solution is readily available and could present itself to save animosity, disrespect and mercy, people become blind and preoccupied with small stuff not recognising that it is small stuff, not worth fighting for. 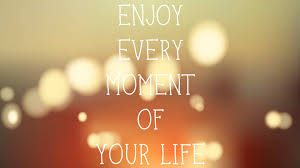 Seven tips to manage anxiety, stress and isolation during the COVID-19...

2019 April issue of Canadian Dream; Opportunity to Write Your...

Please write for September 2021 Issue of CAD Dream by September...