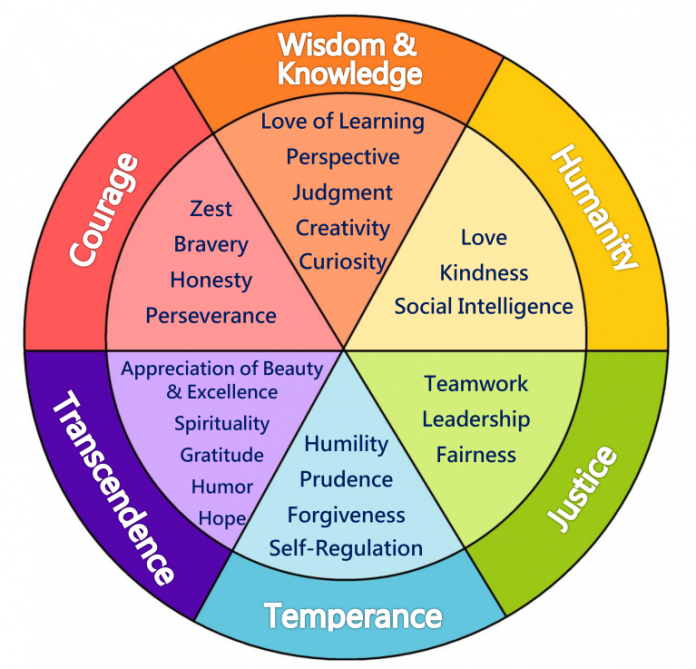 Part of being a decent human being is to possess the willingness to sacrifice some of life’s comforts and pleasures for the sake of others and for higher purposes beyond our own immediate wants and desires. This is very difficult for those who are brought up in a culture of individualism and selfishness, for there is an inner inclination to think only of one’s self, and the concept of sacrifice is foreign and is even perceived as a sign of weakness or naivety.

This is one of the many reasons that we should be acutely aware  of everything that may have an influence on us. But not only one us, but also on those entrusted to our care, such as our children. Sadly, most of us are not aware and we have become heedless.

Are we aware of what our children are reading, writing, watching or doing?  Do we take note of the kinds of people they associate with and refer to as friends? And what kind of example are we providing them in our daily lives? All of these things are instrumental in shaping how both we and our children forms inwardly.

With this in mind, take note of the following two ahadeeth:

Abu Huraira reported: The Messenger of Allah, peace and blessings be upon him, said, “No one is born except upon natural instinct [fitrah], then his parents turn him into a Jew or Christian or Magian. As an animal produces their young with perfect limbs, do you see anything defective?” Abu Huraira said, “Recite the verse if you wish: Direct your face toward the religion, inclining to truth, the nature of Allah upon which he has created the people. No change should there be in the creation of Allah.” (Quran 30:30) (Source: Ṣaḥīḥ al-Bukhārī and Muslim)

The Messenger of Allah (pbuh), said: “Allah said: ‘I created My slaves as haneefs (believers in pure monotheism), then the Shaytaan misled them from their religion; he forbade them what I had permitted to them and commanded them to associate others with Me for which I had not sent down any authority.’” (Source: Muslim)

Notice in the first hadeeth how a child is born into a natural state [fitrah] and then the child’s parents make them into something else, something that they were not naturally otherwise. So it is something the parents do that takes them away from this natural state. We can extract from this hadith that what our children become in life is in large part to what we teach them via our words or by our example.

But then in the second hadeeth, the prophet (pbuh) said that it was, “the Shaytaan misled them from their religion”

I extrapolate from these two ahadeeth that parents become tools of Shaytaan to lead their children away from the true deen of Allah and that children, due to bad parental influence, become other than what Allah intended for them.

Yes, you read me correctly, parents just might be used as a tool of Shaytaan to lead their children astray, which can be done by both words and deeds. Or perhaps by parent’s simple neglect to teach their children in the ways of Allah and His prophet (pbuh), because they have become too self-centered and too lazy and only care about themselves instead of where their children will spend eternity.  This is a direct result of living in such a self-centered society as the one we currently live in.

Firstly, the prophet (pbuh) only made supplication to Allah and no one else.

Secondly, he (pbuh) acknowledged that Allah was the real source and cause of what he looked like.

Fourthly,  the prophet (pbuh) was not only concerned with his outward appearance [and yes he was very meticulous about his appearance], but also with his inward character.

Fifthly, the prophet (pbuh) knew he could only accomplish this inward beauty with the help of Allah.

Many people are only concerned with outward appearances or conformity but do little to develop their inward character, as well as the character of their children. One could be a rotten deceitful person on the inside yet as long as they play the outward part of being a Muslim, they feel that is sufficient.

But this is not sufficient, and the Quran and the authentic sunnah reminds us over and over of the importance of reforming ourselves inwardly so that we lead a life that is pleasing to Allah. We may have the outward part, but this is merely the beginning.

“Goodness of character was the attribute of the master of messengers, and is the fruit of the pious and self-discipline of the people of constant worship. Bad character is a mortal poison, which set a distance between man and the proximity of the Lord of the Worlds, and induced him to follow the path of Satan the accursed. Foul characteristics are the very sickness of hearts and the diseases of the soul, constituting an illness which deprives man of everlasting life. It is reported that the messenger of God (may God bless him and grant him peace) was once told that a certain woman fasted all day and prayed all night, but was possessed by bad character, so that she injured her neighbors with her words. ‘There is no good in her,’ he said, ‘she is of Hell’s people’. It is also reported that the last of God’s prophets said ‘You will not be able to suffice all people with your wealth; suffice them therefore with a cheerful face and a goodly character.'”

“Therefore the fundamental good traits of character are four in number: wisdom, courage, temperance and justice. By ‘wisdom’, we mean a condition of the soul by which it distinguishes true from false. By ‘justice’, a condition of the soul by which it controls anger and desire. By ‘courage’, we refer to the irascible faculty of the intellect, while by ‘temperance’ we have in mind the disciplining of the intellect and the Law. It is from the equilibrium of these four principles that all good traits of character proceed. When the intellect is balanced, it brings forth discretion, excellence and an understanding of the subtle implications of actions and the hidden defects of the soul. When unbalanced, in excess, then cunning, swindling, deception and slyness result. An example is thus: ‘Courage’ gives rise to nobility, endurance, dignity and suppression of rage. When unbalanced, this same trait came give rise to recklessness, arrogance, conceit, pride and quickness of anger. ‘Temperance’ is a quality that gives rise to generosity, modesty, patience and tolerance, but in excess it leads to greed, cupidity, ostentation and immorality. All human traits constitute branches of Wisdom, Courage, Temperance and Justice and a perfectly just equilibrium in these four has been attained by no one but the emissary of God; other people are of divergent degrees of proximity and distance from them.”

Imam Ghazali goes on to write about how some people hold the view that they cannot change their characters and that making effort to do so is futile.  He responds to this by writing:

“Were the traits of character not susceptible to change, there would be no value in counsels, sermons and discipline, and the Prophet (may God bless him and grant him peace) would not have said, ‘Improve your characters!’ It is possible to improve the character even of an animal: a falcon can be transformed from savagery to tameness; a dog from mere greed for food to good behavior and self-restraint, and these constitute a change in character.”

Furthermore, Imam Ghazali held the belief that the believers have been weakened when it comes to dealing with themselves because they have been “plunged into the desires of the world and fallen into slumber.”

These words continue to hold true and they offer timeless advice and guidance.

I ask Allah to beautify our inward characters so that we can attain real and ever-lasting beauty that transcends mere outward appearances.

Our Youths, Our future: But Youths Under Stress, by Dr. Emdad...

Quote: And when My servants ask you (O Muhammad SAW) concerning...

Why we are Here, Dr Emdad Khan