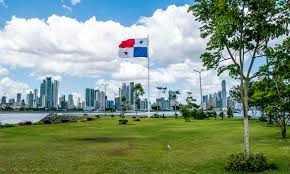 Panama a haven for Muslims and all others, Mohammed Azhar Ali Khan

When we drove by a mosque in Panama City I was told that Muslims number around 25,000 in Panama. Most came from overseas but some Panamanians also embraced Islam. Muslims constitute less than one per cent of Panama’s approximately four million people, but they enjoy peace and acceptance in one of the world’s most tolerant countries.

Our family usually goes south for a holiday in winter. We had avoided Panama so far because it is some five hours from Ottawa compared to the approximately three for most desirable destinations.

On the plane we met a Canadian who owns a house in Panama and lives there often. He listed the country’s attractions – low crime, friendly people, and a government that welcomes visitors, excellent health care and modern amenities. Numerous Canadians live there or visit for long periods.

The government initiated the Pension ado Program in 1987, which allows foreign pensioners to live in Panama indefinitely and also enjoy numerous discounts.

Given its lovely weather (except in the rainy season), relaxed rules and the welcoming people we would have gone to Panama more often but our busy lives and numerous relatives and friends only allow us to go abroad for short periods.

Tourism apart, the Panama Canal, which yielded more than $1,650 million in 2017, provides ongoing revenue for the country of four million people. Panama also enjoys good relations with its neighbors and does not have to maintain large armed forces. So it has been able to build excellent roads, bridges, parks, sporting arenas and shopping complexes. We could drink water from taps while in most South American countries only bottled water is safe.

At our resort the people were helpful. In the city and at cultural centers and shopping complexes we felt no danger. The problem we face at such places is lack of halal food but vegetables, sea food, pastas and fruits provide adequate nourishment. Our resort had special facilities for children and for adults.

The International Living Annual Global Retirement Index this year lists Panama at the top of desirable destinations. The country has come a long way from its humble origins.

It was in 1501 that Spain’s Rodrigo de Betides landed on the Caribbean side. Eighteen years later, 1500 Spanish settlers had established the oldest European settlement on the Pacific Coast of the Americas near the current Panama City.

For over 300 years, the Spanish ruled Panama. Struggles to gain control of the Central American countries continued for decades. In 1821, Panama gained independence from Spain but only to join what was then Colombia that same year. In 1846, the U.S. and Colombia signed a treaty permitting the U.S. to construct a railway across the country.

Islam reached Panama in the 16th century through African slaves brought to work in mines. The ruling Spaniards tried to control entry of Muslims. Later, in the 20th century Muslims from the subcontinent and Arab countries thronged to Panama and continue to do so now. Ahmad Bhattay of Panama City said some 500 Muslims attend the Friday prayers at the Jama masjid in the capital city.

In 1881 France initiated the artificial 51-mile Panama Canal that connects the Atlantic and Pacific Oceans. The difficult terrain and killer diseases, however, forced it to give up. The U.S. took over and opened the canal in August 1914, drastically reducing the sailing time between the two oceans. Panama was governed by several countries but eventually gained independence in 1903. After it became independent it gave the U.S. control of the Panama Canal Zone and the U.S. also stationed its forces in the zone. Panama regained command of the territory in 1999.

Like other South American states, Panama has often faced U.S. intervention, the last one coming following the U.S. allegations that criminals and drug dealers were using Panama to smuggle drugs into the U.S.

As in other American states, the Aboriginal residents of Panama were marginalized by the new comers. They survive but have little power in their own country. Today Panama’s population is about 65 per cent Mestizo (mixed native, white), about 13 per cent white, and 10 per cent black. 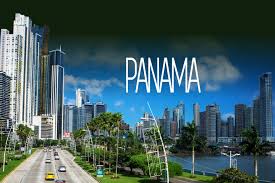 During the Atlantic Slave Trade Europeans kidnapped thousands of Africans from their homes and sold them as slaves in South America and the United States.  About half of Panamanians are of African origin. Immigrants from many countries, including Arab and Asian ones, also came to Panama and continue to do so, making it truly diverse. But instead of racial tensions, you find friendliness, mutual respect and accommodation in Panama. In a troubled world that is an impressive feat.

Be a local River Keeper,Steve Desroches is a former City Councillor...

Way out after one has done excessive wrong, Dr Emdad Khan

MEET THE PEOPLE: Living through Violence in Palestine: Remembering the Al...