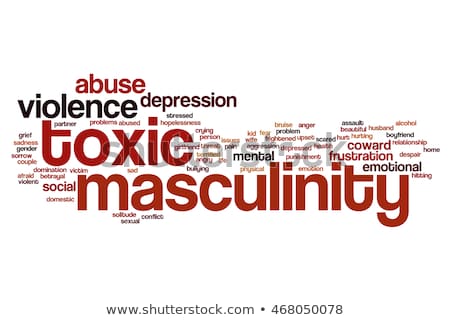 Social Toxin is said to be a sickening disease that could potentially kill people. Discrimination, Stereotyping, love for wrong and evil reason(s), hate; we live with all of the above in various forms and regular daily routines. We may not realize that we discriminate against others in our everyday lives.

Few years ago, I attended a lecture in New York. The title of that lecture was: The immoral evil of discrimination. The presenter was a PhD graduate from the Sorbonne University in France. At the time, the presenter was based in NYC as an Ambassador to the UN representing a North African country. Prior to that, he was the Minister of Foreign Affairs. He travelled the world advocating the policies of his country regime. The sky was the limit to the budget of his ministry. Unlike his country’s regime policies, he however personally advocated peace rather than war, love than hate, coexistence substituting animosity, etc.

Mr. Ambassador delivered an exciting and thought-provoking lecture winning the appreciation of the audience which was composed of global mixed nations and culminating with a deafening ovation. He was humble to accept such accolade.

As he was ready to leave, to his Ambassadorial residence in NJ, His Excellency asked me if I wished to join him for dinner to which I humbly agreed. The Limousine had a sound proof glass partition separating the chauffeur from the rear cabin. I congratulated His Excellency and humorously asked if he had ever been subjected to discrimination. I also asked if he would agree if his daughter were to fall in love and wished to marry a dark-skinned and highly qualified man.

“What do you mean?” The Ambassador asked with a rather stony looking face.

For a moment, His Excellency frisked on his seat and then turned to face me, “My daughter marrying a black man? I will dishonor her!”

“But that’s her choice in life, isn’t it?” I retorted.

“Look, there is no choice in this matter. I want to improve my grandchildren’s DNA”, he barked at me, showering me with tiny particles of mouth moisture!

The answer came loud and clear, “All of the above!”

“Isn’t that considered discrimination, your Excellency” I mumbled.

“No, it’s called planning for the future and it’s a choice I have to make for my children. Case closed, OK?”  His facial features did not reveal pleasure to continue the discussion.

This conversation produced a thought or two in my mind. We intentionally or unintentionally discriminate against family members, relatives and friends, work colleagues, etc.

Another incident rang a bell in my decades long of memory. My good friend, Nabil, wished to get married after he had successfully concluded his professional degree from a reputable Canadian university. He thought it was time to have a life time partner; a good and intelligent wife from his birth place in the Middle East. He took few weeks’ vacation from his work and headed to the M.E. Upon his arrival, he frequented the university where he attained his under graduate studies.  Meanwhile, he was exploring the fantasy world of his marriage mission.  One day at the university library, he spotted a girl hunched on the books she had in front of her. She was intensely focused. He approached her quietly and asked if he could join her at the table. She raised her head, then flashed a smile and quietly nodded in approval signaling to the seat across the table. She returned back to the books.

Nabil thought that was the smile he could live with for the rest of his life! Not knowing how to interrupt or to introduce himself, he asked where the cafeteria was. With a pen in hand, she pointed toward the cafeteria direction. He confessed that he was new and imposed to ask if she would join him. He explained that although he had studied at that university, prior to immigrating to Canada, he still manages to get lost in the university corridors.

With inquisitive and attentive eye on Nabil, “So, what brought you back?” The studious girl asked.

Nabil was excited; he discreetly congratulated himself. At last she could talk. The Canadian Immigration bait worked!

He professed, “Well since you asked, I must confess that I am actually looking for a life partner with good family background, acceptable looks and most importantly with good functioning and intelligent brain.”

Faiza asked politely, “Do you have anyone in mind.” She giggled while commenting at the interesting specification; good functioning intelligent brain, eh?

Nabil announced with a confident voice, “Yes mam, this is my most important condition and that’s why I am at the university!”

As they were walking toward the cafeteria, they shared information about their respective families, the field of her study, etc. He found out that Faiza’s family lived for generations in Ghana, West Africa. Her fair-skinned ancestors married African women who produced off springs of mixed colours. Faiza’s mother and grandmother were from parents of mixed colours too. She inherited a relatively darker skin than most of the surrounding students at that university campus.

As Nabil was heading home, he convinced himself that there was no point to look for another prospective bride- to- be. Faiza was the one; the brain he wanted! When he arrived home, he enlightened his mother about the good fortune he had at the university and told her about his meeting with Faiza.

“Black African, your choice?” His mother howled at him. “I know this family. I do not want to have black grandchildren. What’s wrong with you… are you out of your mind?”

“But mother, she is not black, if that’s what you are trying to tell me. She is intelligent and has good personality and good brain. Actually, I don’t mind to have her as a life partner.”

With that said Nabil’s mother swiftly paced the floor to her room, hurriedly collected and packed some of her belongings and then asked for a ride to her sister’s residence down the road. She banged the door behind her and proceeded to descend the staircase towards the outside door. Nabil could hear his mother talking to herself: that is all I need, black grandchildren, eh!

As the mother was driven to her sister’s residence, the house suddenly fell inaudible. You could hear a pin drop on the floor. With quivering voice, Nabil asked his father what he did wrong to get his mother so upset. He sought his father’s support and blessings to ask the hand of Faiza. His father wisely whispered, “Son, you do what you wish. Please do not get me involved. I don’t want to have your mother upset or aggravate her health issues. For decades, she has been my only dedicated woman and I wish to keep it that way.”

Dumfounded, Nabil told himself that he came seeking a wife which he thought he was lucky to have found Faiza so swiftly. But obviously, his mother had other ideas and his father wanted to keep the peace at his home, regardless.

Nabil’s parents did not participate in the wedding ceremony or rather Nabil could not remember if they did. The marriage was a successful one. Nabil and Faiza travelled to Canada. The marriage consummated two beautiful children; a boy and a girl.

Obviously, these two above events shed light on the evil of discrimination and stereotyping, hate for colour and love for the wrong reason. Some people across the world live with such arrogance that could potentially destroy rather than build lives.

For decades, Social Toxin has been one of the most vexing questions that continue to challenge researchers.  A USA task force pointed out that African Americans suffered more health issues in comparison to whites. The former lived on average 6 years less than the latter counterpart. According to dozens of studies, similar disparities, involving other minorities, including indigenous people suffer similar destiny worldwide. A 2016 Canadian survey revealed that immigrant black women have higher incidents of hypertension than white women immigrants.

These disparities pressed scientists to examine the reasons in the outcome of health differences. Persuasive evidence of discrimination and its negative output is often associated with hormones released in response to the impact of stress. It is called (Cortisol). Stress is also associated with obesity and an increased risk of heart attacks.

The American Journal of epidemiology published a study that examined the challenge of racism experienced by multiple minority groups over a ten year period. It was explained that African Americans, Ethnic and Hispanic people face a higher risk of type two diabetics more so than white people. Obvious discrimination, such as poor work conditions and negative future prospects or incentives is linked to a higher incidence of the disease.

To conclude, no matter what studies and surveys we may embrace, at the end of the day, even if the dark-skinned, ethnics and or indigenous minority groups may not suffer from debilitating diseases due to the social toxins of discriminations, stereotyping, etc, the emotional scar is likely to live for generations to come with perhaps no end in sight as to a lasting transformation.