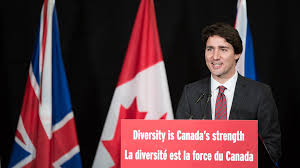 Four years after he led his Liberal party to an unexpected but sweeping victory Prime Minister Justin Trudeau faces another election where he is currently the underdog according to the polls. His Liberal party trails the Conservatives in the polls, as it did four years ago. It remains to be seen whether Trudeau can pull out another victory.

The Liberal leader takes on difficult challenges and meets them head on.  Long before he became prime minister he agreed to a boxing match with someone regarded as far stronger. This is not a requirement for a politician but Trudeau volunteered anyway and he won.

Then he ran for the Parliament. He could have done so from a safe seat in British Columbia, where he was teaching. But he chose to do so from his home province of Quebec and that too from a constituency where the separatists were strong. In doing so he showed courage and his commitment to Canada, and to the memory of his late father former prime minister Pierre Elliot Trudeau, who was a staunch opponent of separatism and a champion of keeping Canada united. He won.

Trudeau’s record is not spectacular but it is impressive. His government has not faced major scandals. He has dealt calmly with the unpredictable U.S. President Donald Trump but he did retaliate when the U.S. imposed duties on Canadian goods. He has maintained good relations with most countries though some of his foreign trips — to India where he was criticized for dressing formally but not achieving much, and to the Aga Khan’s private island in the Caribbean as his guest – came in for criticism. He has brought in a more accommodating political atmosphere than the one that prevailed under former prime minister Stephen Harper.

Trudeau promised that one of his top priorities would be to achieve a respectful relationship with the Aboriginal people. He has made headway but has also found it to be a daunting task. The Aboriginal people are themselves divided and are seeking to preserve their culture and way of life in the reserves where most live. Respecting their rights and traditions while ensuring that they enjoy full rights has traditionally been a daunting task. Trudeau has made efforts to meet both objectives.

Trudeau also calls himself a champion of the rights of women, which they enjoy on paper but not necessarily in everyday life. He included roughly equal numbers of men and women in his cabinet. He included sharp women in his cabinet, but he lost the support of a key Aboriginal woman leader and another woman cabinet minister. Nevertheless, his caucus as well as the Aboriginal people are supportive. The record suggests that the chances of the Liberals winning in the election that will take place this year seem to be reasonably bright though no one is predicting that he will win a majority or even win.

Climate change and the inflow of illegal migrants are two of the major challenges the government faces. Because of the powers of the provinces in regard to climate changes what the federal government can do is somewhat limited. But Trudeau has been emphasizing that this is a compelling issue that the federal and provincial governments have to address.

On immigration, Trudeau has been clear. When the U.S. was closing its doors to immigrants from South America Trudeau said Canada will welcome them. His cabinet includes women and people of African and Asian origin. He goes regularly to temples, mosques and gurudwaras and to social functions. After the New Zealand tragedy Trudeau again made it a point to visit mosques and spoke about Muslims’ significant contributions to Canada.

Canada remains a welcoming country but it is also democratic and permits free speech, even if that  borders on what some would call propagation of hate by white supremacists. The removal of hate speech laws, on the grounds of freedom of expression, facilitated the growth of hate speech, according to the Ottawa Citizen. But Canada respects the right of people to express their views, however repugnant, as long as this is done within the law.

The danger is that some of American racists might gain a foothold, or supporters in Canada. Canadian law forbids civilians from paramilitary training but no action has been taken against the extremist group Three Percenters which started in the U.S. and is now spreading in Canada.

The Trudeau government is committed to preserving and enhancing Canada’s diversity and democracy. That is also the goal of the Conservative party, but the record of both parties shows the Liberals to be more committed to those goals than are the Tories.

Quote:cooperation and good understanding among team members, and trust in God,we...

Get CRA Tax Receipt,Donate to CBET by Dec 31 for Needy...