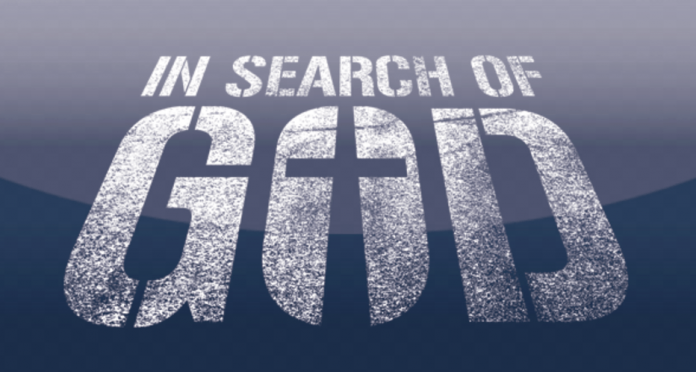 I was born a Muslim 75 years ago in Egypt and raised by a middle-class family. My mother practiced our faith more diligently than my father. I was also not as observant, saying my daily prayers occasionally, but much more during exam times. After the death of my father when I was just 15, however, I felt closer to God as I took on the new role of helping care for my mother and six younger siblings.

At age 24, I came to Canada to pursue PhD studies. In a new country and society, I practiced less but did not lose my faith. However, I felt ignorant when Canadians would ask me questions about Islam.

To cure my ignorance, I set out on a long, and still continuing, 50-year journey to learn more – not only about my own faith, but also about the faiths of others. As time went on, I acquired a large personal library of books in both Arabic and English.

Whenever I gained some new knowledge, I would endeavor to share it. I gave public lectures at mosques, schools and universities. I organized debates. I wrote extensively. Eventually I became a visiting Imam, presenting the Friday sermons (khotbas) at Canadian mosques from St. John’s NL to Victoria BC.

I was also invited to represent Canadian Muslims at international conferences, founded the Canadian Islamic Congress, and established two local mosques in my home cities of Kitchener-Waterloo, Ontario.

After researching the concept of spirituality across diverse faiths and finding that many teachings are held in common, I wrote a popular book called Spiritual Fitness for Life – A Social Engineering Approach. I even obtained a trademark for “spiritual fitness,” a term I had coined as the central focus of my writing.

As a Canadian public figure, I knowingly took the risk of addressing issues of social justice in Canada and peace-through-justice around the world.

At the same time, I did very well in my career as an academic, researcher and teacher, becoming one of the top – some say the top – digital microchip designers in the world. I published many books and research papers and graduated hundreds of students, many of whom are now professors at leading international institutions. In addition to receiving most of the prestigious awards in my field, I was also a highly paid and sought-after consultant.

Yet throughout that busy 50 years and to this day, my biggest questions pertaining to God and our human relationship to him remain mostly unsettled. My questions were not unique, for they are the same ones that have kept humankind preoccupied since the beginning of time and will likely remain unanswered at the end of time.

But I was extremely lucky, you might say “blessed” if you are a believer, in that my career as a microchip designer did help me to at least partially settle some of these questions.

During the 1980s, I spent nearly 10 years researching a class of microchips called ANNs, or Artificial Neural Networks. I did well at this, publishing a book, along with numerous research papers, and graduating many specialist PhD students. As part of this project, I had to study in detail how the human brain functions, since ANNs mimic the brain in their “learning.”

I discovered that the brain’s amazing design includes far more memory than processing elements; in other words, a perfect design for learning. It is all about using accumulated knowledge stored in one’s memory more than you use actual processing elements, or neural circuitry.

When the brain shrinks in size due to neurological diseases or disorders such as Alzheimer’s, its memory storage and retrieval capacities also diminish. What you have learned is slowly forgotten. Eventually, the brain also forgets how to carry out non-voluntary functions that are essential to sustaining life, like coordinating lung function with the heartbeat. When such catastrophic brain failures occur, death is inevitable.

Now I am back again, at age 75, doing more research in the area of digital microchip design for AI (Artificial Intelligence) and Machine Learning applications.

All along this journey I have become more and more appreciative of the Grand Designer. Not only does God’s design of the human brain rank five stars for functionality, beauty and elegance; it is also the most compact and energy-efficient learning machine in the universe.

So, it’s no surprise that early in my career I dismissed the once-popular notion that there is no God, no Grand Designer, or that “God is dead” as was being proclaimed during the 1960s. But I did not come much closer to settling many other questions about God and the universe; the why, who, when, where and how.

One fact not in dispute, however, is that everyone and everything in this universe, including humanity, will die. Beyond this certainty, people are divided into two major camps.

One group believes that humans begin and end as purely biological entities, i.e. dust-to-dust. Another believes that our physical body is a mere container to facilitate life on earth and has an expiry date, but that we humans leave footprints in the universe forever. We are, in essence, Divine souls that live in that body and will live beyond its death.

I belong to the second group; whose beliefs make it easier for me to resolve many of my spiritual and existential questions.

And, thankfully, I am not alone. Oxford University professor Dr. Alister Edgar McGrath is another who believes as I do. In his book The Big Question: Why We Can’t Stop Talking About Science, Faith, and God (2015 St. Martin’s Press) he explains why.

McGrath holds three doctorates from Oxford; a PhD in molecular biophysics, a Doctor of Divinity and a Doctor of Letters in Intellectual History. He is the author of some 40 books. A former atheist, he became highly critical of Richard Dawkins and his book The God Delusion. In 2017 he published a response called The Dawkins Delusion?

McGrath and Dawkins also held a public debate on the topic: Does religious belief damage the health of a society?

Commenting on McGrath’s book, The Big Question, Prof. Susan Hockfield, former president of MIT, said: “Lucidly explaining the evolution both of scientific and religious ideas, McGrath demonstrates the false dichotomy of the too-often joined battle between them. He urges persuasively that each provides a different, but powerful lens, through which we comprehend more clearly our universe and the human condition. Rather than fomenting the rivalry between science and religion, he shows that we need not forego either.”

To which I can only add a heartfelt “Amen.”