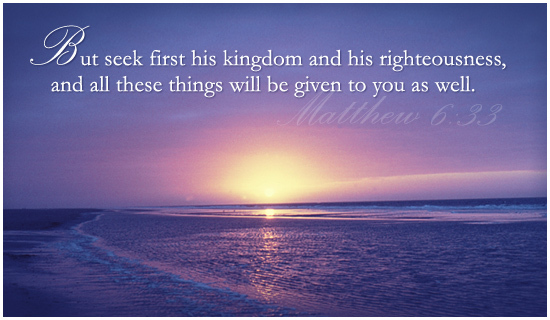 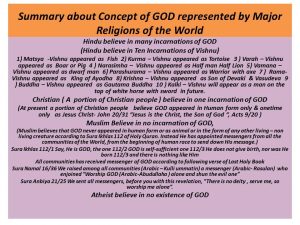 Proof about existence of GOD  to  atheist people

GOD is invisible, which is one of the main reason for which the atheist people deny His existence  . Oxygen is very close to any human being & man is surrounded by Oxygen (21 % of atmosphere)  without which a man cannot survive even more than few minutes &  that Oxygen is invisible. Oxygen has been discovered in 1772 centaury only . Before 1772 existence of Oxygen in atmosphere  was unknown to human being. Nitrogen gas  (78 % of atmosphere) is also invisible & has been discovered in 1772 only ,by which cells of bodies of plant, animal & human being has been composed. Planet like Uranus ( Its mass is 14.54 x Earth mass ) has been discovered in 1781 only & planet  Neptune (Its mass is 17.15 X Earth mass) has been discovered in 1846 only. These enormous celestial objects were invisible before 1700  centaury. Only 2500 stars are visible with without telescope  among 100 Billion Stars. There are 300 times massive Stars than the mass of  Sun that  exist in this Galaxy, which are invisible also. Visible matter is only 4.6  % of total mass in the Universe, dark matter or invisible matter is 23 % , dark energy or invisible energy is 72 %.  Before it was known that members of micro world like proton, neutron, electron all these three particles are elementary particles. But after 1960 human being came to know that proton is composite particle composed of two up quark & one down quark . Similarly neutron is another composite particle, which is composed of 2 down quark & one  up quark. Electron is still elementary particle. So 66 % of the knowledge was incorrect &  33 % of knowledge was correct before 1960 about the structure of atom  which is the basic building block  unit of nature.     The existence of all these invisible characters & situation has come to human knowledge  by the application of enormous effort during  last several hundred  centuries. So the existence of invisible GOD , who  exist beyond the boundary of Universe or outside the boundary of space & time   can be known by different types of enormous effort for the particular person , who give these efforts to search his invisible Master. These efforts are as follows. The particular person will have to accept that what he knows about his surrounding in which, very little portion of his knowledge is correct &  major  portion of his  knowledge  is not correct. Always something exist which is  invisible & beyond his knowledge. Also course of events surrounding him will not follow his desire & some times against his desire , which means all the events will occur according to GOD’s desire & approval .  A portion of occurred event is harmful &  another portion is useful  In which environment he exist . Sometimes harmful portion is seen & useful  portion is unseen temporarily  & vice versa .  He will have to appear some test related to accept voluntarily  any sufferings to establish truth & justice. If he  passes these  tests , then the invisible Master will guide him to get the enormous precious truth in this life  & everlasting  reward  like eternal life, eternal youth etc. in after world for  human being  at subsequent time.

The above verse also  indicates that there is no incarnation of GOD  means  GOD never appeared in human form.

Acts 3/13 The God of Abraham, Isaac & Jacob, the God of our fathers has glorified his servant Jesus.

Here Jesus has been mentioned as servant of GOD, which coincides with Sura Nisa  4/172 of Holy Quran

Mathew 19/17 Jesus replied, “If you want to enter life obey the commandments.”

The commandments means ten commandments where in Exodus 20/3 .”  You shall have no other gods before me.”  has been mentioned

Jesus himself claimed to be prophet in following verse

Mark 6/4 Jesus sad to them, .”  A prophet is without honour  except in his own town, among his relatives and in his own home. .”

GOD will never pray to any one

The above verse proves that  any one claims to be GOD is blasphemy. Exodus 20/3 coincides with statement in Arabic of Holy Quran ”   La Ilaha Illa La .”

Numbers 23/19 God is not a man, nor a son of man. (This statement proves that GOD will never appear or appeared as man or son of man )

Isaiah 43/10 .” Before me no god was formed, nor there be one after me.” (This statement also proves that GOD never appeared in human form before & He will never appear in human shape in future).

All the prophets has been mentioned as servant of GOD in the following verses of Old Testament, New Testament & Last Holy Book  Quran

If  two contradictory statements related to same subject appears in New Testament/Old Testament  or any other Scripture, then to search the real truth , the  statement should be chosen in such a way so that it is compatible with the teaching of  previous  prophet Moses  (pbu)or teaching of previous prophet Isaiah (pbu)  and  teaching of  subsequent or last prophet Muhammad (pbu) as these prophets  are separated in time  by more than 1000 years & in different geographical location together with different language in case of Last prophet.

“  Christ as son of God “  ,  has been injected by some  invisible hands by the influence of evil spirit in subsequent time according to following verse of New Testament.

Mark 3/11 Whenever any evil spirit saw him, they fell down before him and called out , “ You are the Son of God. “

Muslim believe in No incarnation of GOD

No incarnation of GOD has been described in the verses of Sura Ikhlas No 112/1-4.

The creator of the Universe & lawgiver is one, which has been noticed in the physical laws of micro world & macro world. In an atom the force of attraction in between electron & proton is directly proportional to product of two charged particles & inversely proportional to the distance between two charged  particles. Similarly in Macro world gravitation force between two objects  is directly proportional to the product of two  masses  & inversely proportional to distance between the objects. This similarities of laws in micro & macro world  proves that source of law  is same & one. If there would have been more than one LORD, then different laws  would have been ordered for the  same creature. This situation would have been the cause of destruction of structure of atom (A basic  building block unit of nature & by which all living , non-living creature  is made ), Solar System & Galaxy etc.

Sura Anbia 21/22 if there had  been deities beside GOD, both the heavenly bodies & Earth would have been destroyed.

Trinity of GOD has been denied in the above verse.

In Indian religion GOD has been described as three spiritual being named by Vishnu ( As cherisher ), Shiva (As destroyer) & Brahma (As creator)

Believe in many incarnations of deity  Vishnu  involves his  appearance in the form of animal   First incarnation as  fish, 2nd incarnation as giant  tortoise etc. 3rd incarnation as boar or pig ,  (4th incarnation as Narasimha- half human -half lion,)  & complete human form (Highlighted  7th & 8th  human incarnation as Rama & Sri Krishna ) also. GOD, angel, demon are invisible . Any spiritual/invisible  character cannot be shown as immoral & violent , cannot be  bitten, insulted (Example Luke 22/65,-Mark 15/19, Mathew 27/30 etc.), killed, his genealogy  cannot be fabricated by false story to show  immoral character of his  ancestors which is also false  , he cannot be defeated in wrestling ( Example -Genesis 32/24- 32/30) until that invisible character appears  in human  form. This unpleasant & undesirable situation has been created related to the description of imaginary event of appearance of GOD in human form or any other creature form in almost all the scriptures except Holy Quran.   Human made weapon in the hand of any deity, use of animal or any other creature as vehicle for His transportation reflects  its limitation  & opposes or reduces the  glory of the deity . GOD can destroy or give punishment to  any character by mighty blast, fire jet from an  invisible source, earth quake , flood, meteorite strike etc  by His will power only. Also He can disappear at any point & reappear at any other point in no time in this Universe   having a diameter of 93 Billion light years distance ,  which is beyond the capability of any known , unknown animal or any other creature.

Donate from Zakat Sadaqa or Earning to CBET, Change...