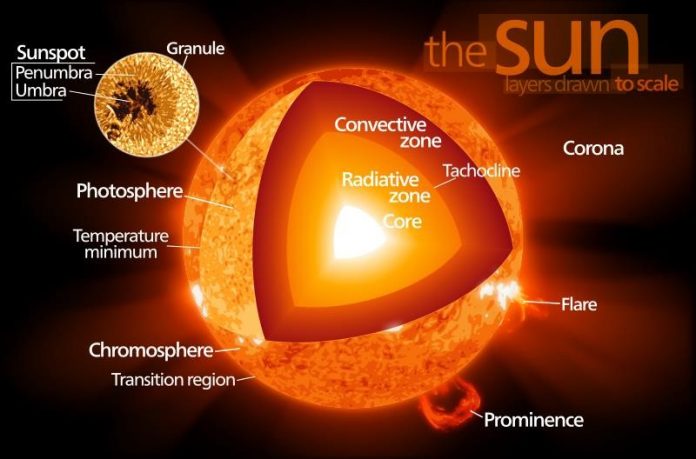 Sun is a medium size Star Which produces heat, light along with many other electromagnetic radiations by thermo nuclear reaction & is located at the centre of Solar system around which all the eight planets rotate in different definite orbit. All the planets & satellites cannot produce any heat , light etc , as the internal self-gravitation pressure is insufficient due to the very  low value of mass of these celestial objects which prevents to initiate thermonuclear reaction. Minimum value of mass of a star or heavenly body  is 0.07 X Sun’s mass or 0.08 X Sun’s mass to start ignition or to start thermonuclear fusion. If mass of star is 0.15 X Sun’s mass it will form white dwarf at the end of ignition. If the mass of Star is 0.4 X Sun’s mass it will be transformed to a Red giant star after the exhaust of fuel. If the mass of a massive star becomes  1.5 X sun’s mass after supernova , then at the end of burning  it will be transformed to a Neutron Star. If the mass of Star is 2.5 X Sun’s mass or more than this value it will create a Black Hole at the end of thermonuclear reaction. Each Galaxy has got a Supermassive Black Hole  at its centre .This Milky Way galaxy has got a Supermassive Black Hole & it has mass 4.6 million Solar mass .The largest Supermassive Black Hole , has got mass 17 billion Solar mass. A supermassive Black Hole is transformed to Quasar under certain conditions. Nearest Quasar is at a distance of one billion light years from Earth..   Surface temperature of a Star is directly proportional to mass of the Star. The surface temperature of hottest Star having enormous mass or many times massive than Sun  is 40, 000 k & coolest star having many times lower mass than Sun is 2000 k.  Sun’s mass = 333000 X Earth’s mass, where Earth’s mass is 5.97 X 10 ^24 kg. The  surface temperature of Sun  is 6000 k. There is Star having  315 X Sun’s mass that exist in this Universe.   Colour of Star is a function of temperature . There are Stars having colours red , orange , yellow , blue etc.  Red colour Star has temperature about 25 00 K. The Star having blue colour will have temperature more than 10 000 K.  Yellow colour Star has temperature in between 2500 K & 10 000 k like Sun of this Solar System. Sun belongs to main sequence star group where hydrostatic equilibrium is maintained means it will have constant diameter during the  conversion of Hydrogen atom to Helium atom , as the summation of total inward forces is exactly equal to summation of total outward forces at this phase of transformation.

Inward forces originate from gravitational collapse of  enormous mass which is  composed of hydrogen , helium gas etc having  spherical shape & all these forces are concentric & converging in nature.

Due to vast compression, temperature & pressure increases in such a way , that  triggers unification of hydrogen atoms . Each hydrogen atom consist of one proton having positive charge which causes repulsive electrical force in between them but  tremendous compressive force originate from gas  overcome the electrical repulsive force which results the decrease of distance between the  nucleus of hydrogen  atoms. In this way when the two nucleus approaches at a very short distance (Less than 1 X 10⁻¹⁵m )  , then the  extremely short range but more stronger attractive nuclear force causes the unification of two hydrogen nucleus & which finally results conversion of  hydrogen to helium atom. In this process a portion of mass is converted to enormous amount of  heat energy (According to equation, E = mc² ) which generates outwards thermodynamic forces. Another outward force is centrifugal force which originates from spinning of gaseous sphere on its own axis. In case of Sun or main sequence Star group the summation of outward forces like thermodynamic force, centrifugal force etc is exactly equal to summation of collapsing gravitation force or  inward forces which results hydrostatic equilibrium or constant diameter of the Star like Sun. A Star has got contraction, expansion , constant diameter phase etc in its life ( in billions of years ) which is function of rate of thermonuclear reaction, rate of spinning on its axis, quantity of mass of Solar gas etc. During the transformation of hydrogen (1 Proton + 0 Neutron + 1 Electron) to helium (2 Proton+ 2 Neutron + 2 Electron ) gas the transmitted radiation frequency band consist of  heat & light frequency due to which enormous thermodynamic expansion or outward force is generated against gravitational collapsing or inward force. When all the hydrogen atoms  is transformed to helium atoms , then conversion of helium atom to lithium ( 3 Proton + 3 Neutron + 3 Electron ) atom is triggered . The transmitted energy band does not include any heat or light frequency during the transformation of helium to lithium atom, which results disappearance of thermodynamic expansion or outward force . As a result of this situation , the Star starts its  contraction  together with the loss of light .

A Star having mass like Sun cannot produce heavier elements like iron. Uranium etc . Heavier elements consist of more number of protons than lighter elements. Electrical repulsive force increases with the increase of positively charged protons in the nucleus which needs enormous inward gravitation pressure originated from enormous mass of Star to overcome the accumulated electrical repulsive force from very large number of protons. If the rate of  thermonuclear reaction in a massive Star is at such a level that it  cannot generates sufficient thermodynamic outward  force to balance the collapsing gravitational inward force then the star throw  some of its mass outside  by supernova explosion to bring restoration of balance of forces . Most probably this is the possible way of appearing heavier elements from massive Star to this Solar system .

The distance of nearest Star known as Alpha Centaury is 4.36 light years or 4.36 X (9.46 )¹ ² Km from Earth. It is not possible to travel this distance or more distance by ejected Solar gas from massive Star to this Solar system  in normal situation . Most probably the orbit of Sun has got several intersections with the orbits of different size of many massive stars (Which produce heavier elements like Iron (26 Proton), Uranium ( 92 proton) etc . Or more clearly the fundamental raw materials for the construction of planets, satellites etc in this Solar System  has been supplied during each rotation of Sun in its orbit from different size of massive Stars  in the past .    Also probably Supernova occurs when both Sun & massive Star appear at a very short distance from point of intersection of their orbits &  they do not appear at the point of intersection at the same time .  Without the intersecting orbits it is not possible for the massive Star & Sun to appear at such a small distance . This is the most probable  condition to transport Solar gas or fundamental  raw material  consist of heavier elements from approaching massive Star for the fabrication of solid, semi-solid, liquid, semi-liquid, gaseous  spherical  layers of planets, satellites etc in this Solar System .

There are three options according to laws of projectile motion for the incoming solar gas consist of heavier elements,

1) These gases can be absorbed by  planets , Sun etc means it may directly strike them.

2) It can rotate surrounding planets, Sun etc in circular orbit or  elliptic orbit  with different eccentricity which also depends on angle of approach & incoming velocity of Solar gas from massive Star.

3) it can go out of this Solar System & probably follow a parabolic  path if the velocity of approaching Solar gas is more than 617.5 km /Sec (escape velocity of Sun’s gravity ) and approaching angle is such that , the gravity of any planets or gravity of Sun cannot influence its path.

If the approaching line of solar gas creates 0⁰  angle  or slightly more than 0 ⁰ angle  with respect to connecting line between centre of incoming Solar gas & centre of any heavenly body of this Solar System  it will be completely absorbed by that heavenly body. The angle , velocity , occurrence of event like supernova at exact moment etc are chosen by Almighty GOD means, He intervenes at this phase of Stellar evolution or Cosmological evolution  in the original programme fabricated by Him for the evolution of  the Universe  as a whole .

The following verses of Holy Quran can be represented related to above description.

Sura Hashr 59/24 He is GOD, the creator, the originator, the giver of form. His are the most excellent names. Everything in the heavenly bodies (Arabic – Shamawati ) and Earth (Arabic Arthi) declares His glory. He is Mighty the wise one.

Sura Jariat 51/47 We built the Universe (Arabic- Shama –a) with Our might, giving it its vast expanse.

Sura Shuara 42/29 Among His Signs, is the creation of Heavenly bodies ( Arabic-Shamawati )& earth ( Arabic-Arthi) & all living Creatures (Arabic – Dabbatin). He has dispersed throughout them. He has the power to gather them all together whenever He wills.

Sura Hadid 57/25 We sent down (Arabic- Anjalna ) iron (Al Hadida ) with its great inherent strength and its many benefits for mankind, so that GOD might know, who would stand up for GOD, though unseen, and His messengers, GOD is powerful & Almighty.  (Sent down- ‘Anjalna” means , incoming from outside this Solar System ), (number 57 is one of the stable isotope of Iron  among total four stable isotope of iron & 25 is the atomic number of Manganese. Alloy made from iron & manganese is enormous stronger or more stronger than iron as a metal alone , which is indicated by words “great inherent strength”.  ) 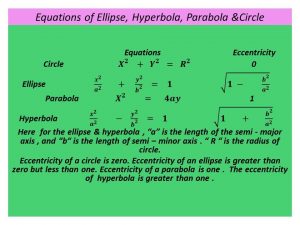 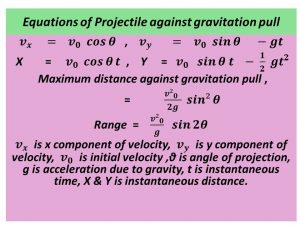 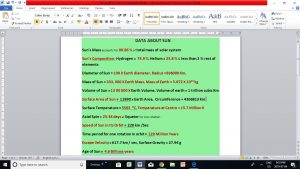 Give a Stress-Reducing Conversation,The Gottman Institute via Masuma Khan