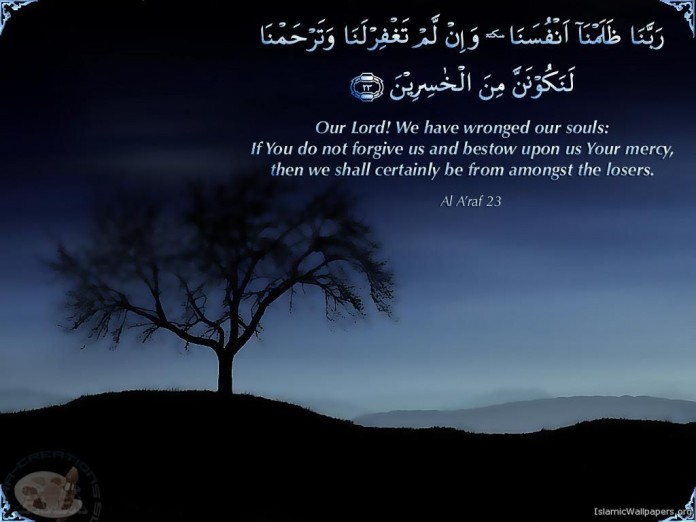 Muslims believe in one God who created the universe and has power over everything within it. He is unique and exalted over every thing He creates and His greatness can not be compared to His Creation. Furthermore, He  is the only one deserving any worship and ultimate purpose of all creation is to submit to Him. 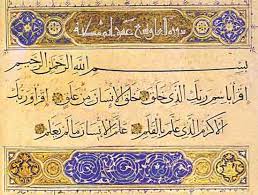 The Islamic understanding of God is distinct from all other religions and beliefs in various respects since it is based on  a pure and clear understanding of Oneness of God. The chapter 3, Ikhlas and verse 2.255 and many other verses explains the characteristics of God.

Allâh! Lâ ilâha illa Huwa (none has the right to be worshipped but He), the Ever Living, the One Who sustains and protects all that exists. Neither slumber, nor sleep overtake Him. To Him belongs whatever is in the heavens and whatever is on earth. Who is he that can intercede with Him except with His Permission? He knows what happens to them (His creatures) in this world, and what will happen to them in the Hereafter . And they will never compass anything of His Knowledge except that which He wills. His Kursî[] extends over the heavens and the earth, and He feels no fatigue in guarding and preserving them. And He is the Most High, the Most Great. [This Verse 2:255 is called Ayat-ul-Kursî.]— (2:255)

2. Life after death, the day of judgement,

In Islam death is part of life cycle. Every soul must taste the aroma of death. God states,  And verily, it is We who gives life and who gives death; it is We who remain Inheritors”, (15.23).

He also states ,”There is no God but He; it is He who gives life and gives death, the Lord and Cherisher to you and your earlier ancestors, (44.8).

“And those who believe and do good deeds, they are dwellers of Paradise, they dwell therein forever. “ (2:82)

But those who die while not believing that “There is no true god but God, and Muhammad is the Messenger of God” or are not Muslim will lose Paradise forever and will be sent to Hellfire, as God has said: “And whoever seeks a religion other than Islam, it will not be accepted from him and he will be one of the losers in the Hereafter.” ( 3:85)
سُوۡرَةُ الواقِعَة

And the trumpet is blown and indeed ! from the graves they hie unto their Lord, (51) Crying: Woe upon us! Who hath raised us from our place of sleep? This is that which the Beneficent did promise, and the messengers spoke truth. (52) It is but one Shout, and behold them brought together before Us! (53) This day no soul is wronged in aught; nor are you requited aught save what you used to do. (54)

Paradise is the tremendous reward which God has prepared for the believers and those who obey Him. It is complete with joy, happiness and pleasure, where everything is there and nothing can disturb its purity and tranquillity. What God and His messenger have informed us about it, our heads spin as we are not able to comprehend the greatness of such blessings.

In the hadith qudsi, it is stated, “ I have prepared for my righteous slaves that which no eyes has seen, no ear has heard and has never crossed the mind of any human being”. God also states in the Quran, “Only he who is saved from the fire and admitted to the Garden, will have indeed attained the object of life, i.e, been most successful” 3.185.

Hell is the abode which God has prepared for those who do  believe in Him, whose who rebel against His Commands and disbelieve in His prophets. It is the place of punishment for evildoers. God states, “Our Lord ! Verily, whom you admit to fire, indeed You have disgraced him, and never will be the wrong doers find any helpers,” (3.192)

Indeed! those who merit paradise this day are happily employed, (55) They and their wives, in pleasant shade, on thrones reclining; (56) Theirs the fruit (of their good deeds) and theirs (all) that they ask; (57) The word from a Merciful Lord (for them) is: Peace! (58) But avaunt you, O you guilty, this day! (59) Did I not charge you, O you sons of Adam, that you worship not the devil –

Indeed! he is your open foe! – (60) But that you worship Me? That was the right path. (61) Yet he hath led astray of you a great multitude. Had you then no sense? (62) This is hell which you were promised (if you followed him). (63) Burn therein this day for that you disbelieved. (64) This day We seal up their mouths, and their hands speak out to Us and their feet bear witness as to what they used to earn. (65)

God states in the Quran, “Whoever works righteousness, whether male or female, while he/she is true believer, to him/her We will give  a good life (in this world) with respect, and We shall pay them certainly a reward in proportion to the best of what they used to do” 16.97

Prophet Muhammed (Sas) said, “God does not deal unjustly with a believer about a good deed because he is given blessings for it in the hereafter; but the disbeliever is given in this world the reward for his good deeds, he  has performed and when he comes to the hereafter, there is no good deed for which he can be rewarded,”(Muslim).

The question comes to  human mind: Where did we come from?Where are we going? Why we are here? What is the purpose of  life?

As muslims, our purpose of life is to worship one true God by submitting to Him and live in this world following the path shown by the prophet Muhammad (Sas) to be happy and successful in this life and life hereafter.

One of the central themes of the Quran is mankind, his origin, purpose of life, birth, death, destiny and final destination, and facing the Al-mighty God on the day of Judgement.

God himself directly address man kind in the Quran. Here will focus on few verses with the context as God addresses his best creation.

God Created Mankind into Nations and Tribes to know each other but most honorable in the sight of God is the most righteous one.

O mankind! We created you from a single (pair) of a male and a female, and made you into nations and tribes, that you may know each other. Verily the most honoured of you in the sight of God is who is the most righteous of you. And Allah has full knowledge and is well acquainted (with all things). (49.13)

God Created all human being from Adam & Eve:  Be God conscious to establish & maintain kinship.

6. 25 prophets sent to past tribes and nations.

God communicated with mankind through a group of special, selected human beings, the prophets. The prophets received revelations through angel Gabriel (AHS) and delivered to humanity for their guidance, peace and ultimate salvation. The Quran describes stores of 25 prophets and the message has been identical for all mankind from prophet Adam (AHS) until last prophet Muhammad (PBUH). Hence in the Quran we find the familiar stories of Moses (AHS), Jesus (AHS), Abraham (AHS), and Noah (AHS) as observed in the Jewish Tourah and Christian Injil.

God raised prophets  as bearer of good news and as warner’s. A messenger of God  is human being to whom God gives His guidance and whom he assigns the task of conveying that guidance to the human being, so they may do good deeds and avoid evil deeds.

According to Islam, God sent prophets to all nations on earth, at various stages of their histories. Muslims believe in all prophets sent by God and do not make distinction. God descries on 25 prophets in the Quran and many are not stated to us.

Information about the different prophets sent by God to humankind, but 25 of them can be found throughout the 114 chapters of Quran. The information is presented in a variety of ways. From a few short verses, to the long narrative concerning Prophet Joseph, that takes an entire chapter.

Additionally, almost invariably, the prophets come to their particular people with the same message. They ordered their peoples to worship God alone, and not associate anything or anyone in worship with Him. The stories of the prophets emphasize this basic doctrine of Islam that God is One.

First Man and Propeht is Adma andHis wife Hawa is considered the mother of mankind. God created Adam(Ahs) from a handful of soil containing portions from different varieties on earth. God honored the first human , Adam in countless ways. He blew his soul into him. He fashioned him in His own hands and ordered the angels to bow down before him.

In spite of all things in heaven, Adam was feeling lonely. One morning Adam awoke up to find a woman gazing at him, Hawa, as his mate to provide him love and tranquility.

7. Laws of Islamic rituals and code of morality & ethics.

Halal, Haram, Fasting, Zakah, Hajj and believing in one God

Justice, and truthfulness are always  praised but falsehood, injustice and dishonesty are always condemned. Sympathy, compassion and generosity are valued while selfishness, cruelty and bigotry are not supported by society.

Honest, sincere, reliable and trustworthy individuals, who live in peace and let others live in peace are basis of healthy human society. These persons have peace and happiness and successful in this world and in life hereafter.

Commanding to do good and forbidding the evil, as in the Quran and sunanh, is one of the most important principle of Islam.  The muslim ummah can  fight off various social, moral and spiritual ills and maintain  a healthy and dynamic life by commanding  good and forbidding evils.

The Quran says, “ God does command you justice,  and kindness, and giving to kinsfolk and forbids  lewdness and abomination and wickedness. (16.90)”

Quran also states the mission of prophet muhammed (SAs), : He commands them what is right and forbids them what is wrong, he makes lawful  for them all  good things  and prohibit for them only the foul; and lifts them from their burdens and the yokes that were upon them. (7.157).

God says, “ When My servants ask you ( O Muhammed) about Me, then surely I am near. I answer the prayers of the supplicants when they call Me. So let them hear My Call and let them trust me, in order that, they may be led to right path.” 2.186.

Dua or prayer or supplication means  calling out God, conversation with our creator. Prophet Muhammed (SAs) said, “ The supplication of every one of you will be granted if he/she do not get impatient and say, I supplicated my Lord but my prayer has not been granted’, [Bukhri and Muslim]

All the praises and thanks be to Allah, the Lord [] of the ‘Âlamîn (mankind, jinn and all that exists). (2) The Most Gracious, the Most Merciful (3) The Only Owner (and the Only Ruling Judge) of the Day of Recompense (i.e. the Day of Resurrection) (4) You (Alone) we worship, and You (Alone) we ask for help (for each and everything). (5) Guide us to the Straight Way. (6) The Way of those on whom You have bestowed Your Grace, not (the way) of those who earned Your Anger (such as the Jews), nor of those who went astray (such as the Christians). (7)

Quote: Oh! Our Lord! We wronged ourselves, If you do not...

Donate from Zakat Sadaqa or Earning to CBET, Change...

2021 May issue of Canadian Dream; Opportunity to Write Your thoughts:Last...

CBET 10th Annual Fundraising Lunch on Sunday from 11am to 1pm,...