The planning of June 3, 2007, FRD started in August 2005. We had our youngest daughter wedding ceremony at Centurion hall and talked with the caterer about cost of food, hall rental and logistics. In 2006, we attended at least six different FRDs in Ottawa to learn the various aspects of organizing an FRD. Further , we  talked with different masjids to know the procs and cons of organizing an FRD.

In parallel, in November (Ramadan) 2005, we started the process of SNMC registration as non-profit and Charity organization. On January 1, 2007, SNMC obtained from the CRA, registration as a charity to be able to issue Tax receipts to potential donors. By March 2007, we prepared first flyer for fund raising., by showing a potential land, which was for sale by city, for future snmc center and masjid, with a cost of $750,000, at the junction of Beatrice and Claridge Drive,

The FRD was a new concept and besides costs, involves a lot of logistics. We had to educate and convince SNMC team members. Questions raised, how people will buy a ticket of $40/$30, still donate or is it an innovation? We convinced the team, that we will be able to generate over $200,000, even after spending about $20,000.

After discussion with team and advice from few experienced friends, we booked Sunday June 3, 2007, the popular place Centurion Hall, where most of the FRDs were held.  As Saturday hall rental is costly, and people are busy with family event, so we hoped more people to attend the Sunday community event.

During March – April 2007, we attended six different FRDs, introduced ourselves and persuaded attendees to take 2 to 5 tickets, even they did not know us or SNMC. With the mercy of Allah SWT, we distributed nearly 1,000 tickets to 200 brothers, and recorded their names and phone numbers. We followed up each one and Alhamdu Lillah sold over 800 tickets and expected over 500 multiethnic guests to attend. We visited different  masjids to distribute complimentary tickets to attend as guests, showing the seeds of future UMO- OG.

While selling tickets, we also set up a regular weekly volunteer meetings to update on ticket sales and plan the logistics of reception and assigning duties for seating guests, supervise guests and food distribution, accounting team to count and store, preparing a chart of progress of donation, to collect checks, cash and pledge forms.

After investigation, we invited Shaikh Ahmed Shehab as the keynote speaker. We had to bargain to reduce the fees in exchange of agreeing to sell DVDs.  We also invited elderly Dr Irfan and Shaikh Mohamed Al-Sharif to be guest speakers. We organized free professional day care for the children.

Alhamdulillah, it was a miracle. From March 2007 until 3rd June, we received about $100,000 and during the actual FRD, another $100,000. Next 2 months, we spent a lot of time as follow up to get the pledged donations. Suddenly, SNMC first FRD became talk of the town. In fact, few masjids, before and after SNMC FRD, stated that we are doing innovation. However, later, those masjids also started doing FRDs.

“No misfortune can happen on earth or in your own selves... 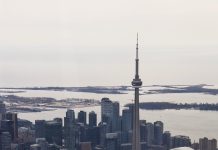 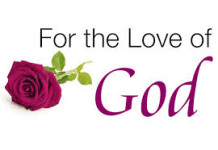 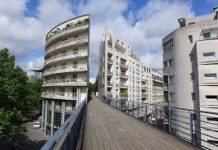 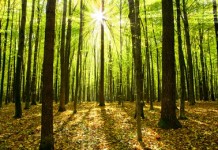