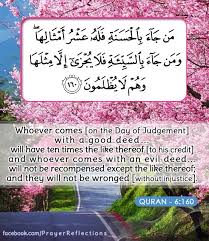 Reflections on the coming Day of Judgement and the company we keep By S N Smith — August 8, 2019

Allah says in the Quran:

“Verily, the Hour is coming — My design is to keep it hidden — that every person may be rewarded for that which he strives. (15) “Therefore, let not the one who believes not therein (i.e. in the Day of Resurrection, Reckoning, Paradise and Hell), but follows his own lusts, divert you therefrom, lest you perish. (Surah Taha 20: 15-16)

The warning of the coming hour — the Day of Judgement — has been made for a very long time to the point that most people don’t actually believe in it anymore. When a warning is continually made yet nothing happens people tend to become skeptical and tired of hearing about it over and over. Sometimes they even get angry as they feel that they are either being manipulated or lied to in some way. In addition, there have been many charlatans who have predicted the end of the world to take place on such and such a date only to be proven false because, as is evident, we are still here.

But Allah has willed that the knowledge of when that Day will come is only known to him and no one else — not even the angels in heaven. It is thus pointless to predict when it will take place. Yes, the prophet (pbuh) informed us of some of the signs of the approaching Day, but we still do not know specifically when that will be.

Because we live in the realm of time, it may appear that the promise is taking too long to come to pass. It is difficult for us to conceive of eternity where time no longer exists. Time, in fact, is a creation of Allah and time will cease to exist when Allah wills it to be so.

In relation to eternity, that which exists between time and no time is a mere blip and is of little significance, but it is hard for us to wrap our minds around this and we become disoriented in our thinking. Even as I write this, the proper words escape me for my mind is immersed in time. A sphere or dimension which has no beginning and no ending is simply not possible for any of us of us to conceive. But we can at least understand time as it is observable and measurable, and this is the realm within which we live, breathe and understand reality. But when Allah ordains it, time will cease to exist and our perceptions of reality while be utterly transformed.

When we think about all of the warnings of the coming Day of Judgement in the above terms, it may not seem as a long time in coming because time is a mere speck when compared to eternity.

As the above verses state, Allah keeps the knowledge of this coming day to Himself so that will be rewarded or compensated for that which we strove for in this life.

Ask yourself the following questions: What am I striving towards? What is the purpose of my existence? And what brings meaning and purpose into my life to the point I organize my entire existence around these questions?

Whether one believes or not, their existence is not without purpose and they will return to Allah for an account. Allah clearly warns us in the above verses that we should not allow those who disbelieve in the Day of Judgement and follow their own desires as a guiding principle in their lives to divert us away from the truth, for doing so will cause us to perish.

This is a warning that we can easily be influenced or swayed by those around us who do not possess faith, and we should be wary of this influence because it can be so very subtle to the point we don’t even notice the shift taking place within us. We should be continually on guard against the influence of those who do not have faith and are guide in life by their desires because we may look upon them as going through life without facing any consequences for their disbelief and may, in fact, at least by human standards, be doing very well and be contented with their lives while many believers are encountering a multitude of difficult trials. But our vision is very selective and we see what we want to see.

This life is not the end of the story and we all — both believers and non-believers — have to be brought back to Allah and be asked about what we did with the life we have been given.

I invite you to consider the two Quranic passages below when reflecting upon the influence of non-believers in out lives. Allah says:

Then they will turn to one another and question one another. (50) One of them will start the talk and say: “I had an intimate companion (on the earth) (51) “Who used to say `What! art thou amongst those who bear witness to the truth (of the Message)? (52) ” `When we die and become dust and bones shall we indeed receive rewards and punishments?’ ” (53) (A voice) said: “Would ye like to look down?” (54) He looked down and saw him in the midst of the Fire. (55) He said: “By Allah! Thou wast little short of bringing me to perdition! (56) “Had it not been for the Grace of my Lord, I should certainly have been among those brought (there)! (57) “Is it (the case) that we shall not die (58) “Except our first death, and that we shall not be punished?” (59) Verily this is the supreme achievement! (60) For the like of this let all strive, who wish to strive. (Surah As Safaat 37: 50-61)

The person speaking here, now in paradise, had a friend in his lifetime who did not believe. And this non-believer was close to causing his believing friend to go astray and this join him in the eternal torment.

That Day, the dominion as of right and truth, shall be (wholly) for (Allah) Most Merciful: it will be a day of dire difficulty for the Misbelievers. (26) The Day that the wrongdoer will bite at his hands, He will say “Oh! would that I had taken a (straight) path with the Messenger! (27) “Ah! woe is me! would that I had never taken such a one for a friend! (28) “He did lead me astray from the Message (of Allah) after it had come to me! Ah! the Evil One is but a traitor to man! (29) Then the Messenger will say: “O my Lord! truly my people took this Qur’an for just foolish nonsense.” (Surah Al Furqaan 25: 26-30)

Here is someone lamenting that they took a friend who led him astray from the truth and as a result he lost out.

These verses should act as a warning to us regarding the kind of company we keep and the influence that others, i.e. those who do not share our faith, can have on us and that if we are not diligent we too will be amoung those who cry out, “Ah! woe is me! would that I had never taken such a one for a friend!” 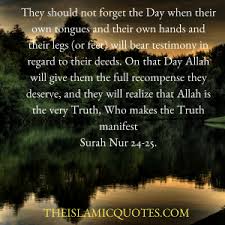