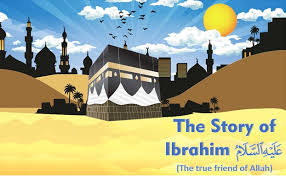 Abraham’s golden advice: Get yourself some good friends

Abraham’s message was ahead of his time; indeed, ahead of any time:

All humans are immortal souls destined for Paradise, but temporarily exiled to Earth. They are all equally spiritual beings whose souls inhabit physical bodies, whose senses are allowed to taste some of the experiences destined for them in Paradise, where they will be resurrected.

Abraham is forefather to the three great Western religions – Judaism, Christianity, and Islam. He lived some 4000 years ago in what are now the modern states of Iraq, Palestine, Egypt, and Arabia. He was buried in the Palestinian city of Hebron, later renamed Al-Khalil (The City of God’s friend), after Muslims built a mosque around his tomb to honor him and protect it from wild dogs and sandstorms.

In his travels, Abraham would have encountered multiple religions with multiple deities. He was the first prophet in history who not only preached a universal monotheistic faith, but was determined to spread it beyond his own time and space through his two sons, Ishmael and Isaac, and their descendants. He worked very hard, faced many challenges, and often risked death in order to spread God’s message. He also prayed very often and very personally to his Creator; and ultimately his prayers were fulfilled.

Many centuries later, the Qur’an mentioned Abraham’s scriptures, referring to it as the Scrolls of Abraham, which were familiar to Arabs living at the time of Prophet Muhammad. True followers of this ancient Abrahamic faith were referred to as Hanif – meaning “those who seek the truth.” One of their best-known elders was Zayd bin Amr bin Nufail, who passed away before Muhammad’s birth.

In Islam, the Scrolls of Abraham, the Torah, the New Testament Gospel, and the Qur’an are all considered to be holy books revealed by God to the prophet-messengers Abraham, Moses, Jesus, and Muhammad.

Abraham’s faith was based on three interconnected truths: God is One, Humanity is One, Religion is one.

He taught that the best way to achieve happiness in this life is to find and keep good friends, starting with the best one of all, The Loving Almighty, who accepts anyone’s friendship, regardless of race, gender, religion, or social status. All one must do is base his/her faith in God and live it through good deeds, such as being generous with time, money, and knowledge.

Abraham emphasized the resurrection of the body and the return of the soul to its Creator.

At the time of Muhammad, most Arabs followed some of Abraham’s rituals but not his true teachings. They found sanctuary in the Ka’bah in Mecca, the first place ever built for the worship of One God, which Abraham and Ishmael had erected. There, they would perform their annual Pilgrimage, or Hajj. But they spoiled it later by adding 365 idols, one for each day of the year.

The Jews of Arabia at the time of the Prophet also ignored the universality of Abraham’s monotheistic faith. They were descendants of Abraham’s son, Isaac, and rejected Ishmael’s legitimacy as a prophet in his own right, chosen by God to spread the same faith as his father. Christians of that era were also of the same opinion.

We read in the Qur’an, however, that God as Supreme Judge does not act in favor of any People of the Book (Jews, or Christians), or Muslims. Instead, the best among humanity is “the one, male or female, who turns his/her face to the One God in total submission and does good deeds following sincerely Abraham’s faith (Hanif), for God has taken Abraham as a good friend (Khalil). For God is the All-Aware and to Him belongs all that is in the Heavens and the Earth.” (Qur’an 4:123-126)

In November 1995 I visited, prayed, and talked to Abraham at his mosque in Hebron, where the Israeli army had divided the building between Muslims and Jews following the massacre a year earlier of 29 Palestinian praying worshipers by Baruch Goldstein, an American-Israeli terrorist.

It was sad to see a flower-filled shrine to Goldstein outside the mosque as an attraction for Jewish tourists. I am sure that Abraham would not be pleased to see so many people honoring a mass murderer.

The life and mission of Abraham were recorded in 81 Qur’an passages. Today, all over the world, Muslims acknowledge his guidance of humanity in all five of their daily prayers.

In the Qur’an, Abraham is described both as the first Hanif, and as a Muslim (someone in total submission to the Almighty). He was always thankful, of a kind nature, often found in prayer, and never felt lonely in God’s presence. He accepted God’s friendship and his divine mission – and God reciprocated.

Abbas Mahmud al-Aqqad (1889-1964), a prominent Egyptian scholar, wrote an excellent book in Arabic whose title in English is Abraham: The Forefather of Prophets, in which he examines his faith and life using Jewish, Christian, and Islamic sources.

In all of his supplications, Abraham’s language was reverent and beautiful:

God is the Lord of the Universe, Who has created and guides me, and Who feeds and irrigates (gives water to) me. And if I become ill He cures me. And He causes my death, but will resurrect me; and Who I ask to forgive me on the Day of Judgment.

Oh my Lord, grant me wisdom and include me among Your righteous. Make later generations believe in the Truth that I have delivered. Make my life hereafter in Paradise. Forgive my father, as he was misguided; do not sadden me on the Day of Resurrection when wealth and offspring will be of no avail. Indeed, the blessed are those who return to God with pure hearts. (Qur’an 6:77-89)

Millennia after he left earthly life, Abraham today continues to inspire many people of faith with his steadfastness, courage, perseverance, and of course his divine friendship. His life bore witness to the infinite value of devotion to the best Friend of all. Golden advice indeed!

On the National Day of Truth and Reconciliation…!, Siraj Iqbal

“This is the Cycle…”- Engr. Siraj Iqbal

Birthright Citizenship: A Case of a Solution Needing a Problem,Ronalee Carey,...