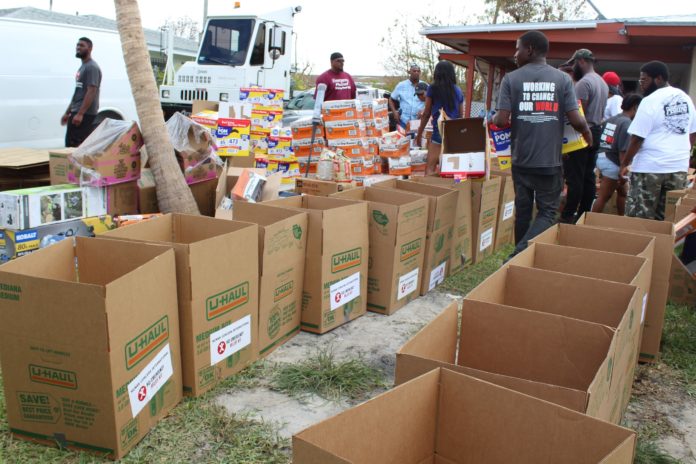 Flying to a disaster zone: HCI’s trip to the Bahamas affected by Hurricane Dorian By Radia Ali, Toronto

HCI on the ground, overcoming barriers to distribute relief kits to the ones affected by hurricane Dorian.

A week ago, Hurricane Dorian had swept up parts of Bahamas, completely annihilating some islands while doing significant damage to other islands. Hundreds of houses were destroyed: furniture contaminated, electrical appliances broken and strewn all across the roads like heaps of garbage waiting to be cleared. 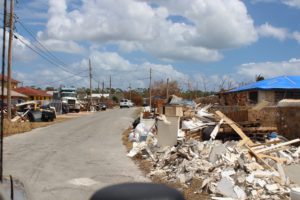 Within a couple of hours, Human Concern International responded to the disaster by releasing a campaign, calling all the local communities and mosques to donate while the team flew to Orlando to buy the relief kits and ship them to Freeport. In a matter of days I was called by my manager to fly to Nassau, Bahamas as well.

Landing in the Bahamas

I stepped out in the hot island of the Bahamas with two carry ons; HCI shirts in one and my stuff in the other. No sooner than I landed, my team grabbed me from the airport and rushed to a shelter that was supporting many victims. On my way, I was introduced to Mrs. Galaxy of Bahamas, Nyesha and her husband, Will. We met Gerard, who not only got our goods shipped through all security, fast but also provided us with extra security while we distributed the goods to the victims of the Hurricane. I got to meet the person uniting us all, Khayyam, without whom we would have not gotten this amazing force of a team together. 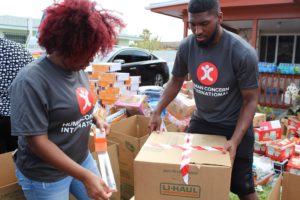 The citizens in the Bahamas were aghast by the government’s response to the Hurricane. The Government of the Bahamas increased its security during the disaster by increasing red tape. It held shipments from different organizations world wide, not letting aid to reach the victims unless they had the shipment cleared and distributed only after giving away registration tickets. For the citizens affected by the Hurricane, this meant following “a million and two” unnecessary protocols. While thousands became undocumented, homeless and starved in a fortnight, the government strictly held on to its bureacratic measures by not allowing aid to reach the people of Bahamas.

I stepped inside the shelter to hear stories directly from the victims themselves.

“I couldn’t show my family that I was afraid,” said one man affected by the Hurricane. Malcome shared his amazing feat in surviving the Hurricane. As the water came crashing against his house, he pushed himself against an unlocked window with his dear life. He sang for two hours to God while encouraging his family to be brave as they faced the raging force of the hurricane.

Another man shared how he lost his wife and his whole house to the hurricane. He looked at me with tear strained eyes as he stood before me as an undocumented citizen waiting for someone, or something to help him get his life back together.

Next day we went to meet our contact who arranged the shipment to the heart of the disaster zone, freeport. With a carryon full of HCI shirts in one hand, camera hanging around my neck, and a video camera in the other hand, I hopped on the jet that carried us straight to Freeport in 45 minutes.

My team and I made our way to an area called Sea Horse Village to unpack all the goods that we had shipped. Local people from the area came to help as volunteers. We got food, such as cans of tuna,noodles, dried food, baby food, and etc. in 250 boxes ready to be delivered to the ones in need. I hopped in a pick up car and rode with my team to go house to house to deliver the goods directly in their hands.

One lady with five children exclaimed, “Thank you HCI, God bless you”, as our team pumped an air mattress right in front of her house and carried it to her bedroom.

We have seen so many houses broken and shattered. Ceilings were broken, partition inside the houses broken, electrical appliances all useless, and furniture contaminated. Another lady expressed, “ this is the second test– getting my life back together. But I believe everything happens for a good reason. God plans everything and there is good even in calamities. Look how we are receiving all these new things. Thank you God. Thank you HCI for helping us.”

It was an incredible experience to hear these amazing stories of people who showed remarkable strength in the face of a disaster. I left the Bahamas inspired and awed by the stories of many who were still waiting for a sense of order to be restored in their lives.

Spending some time talking to the kids affected by the Hurricane 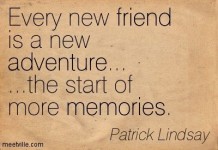 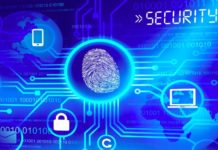 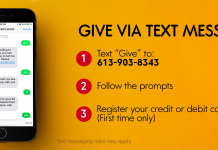