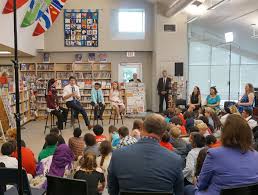 The community of Barrhaven is constantly growing and changing. Almost nearing a population of 100,000 people, it’s growing to be a city of its own – almost like Mississauga outside of Toronto. It also has the highest growth in the visible minority population according to an analysis of census data from Statistics Ottawa. According to Statistics Canada, 4260 residents that identify as belonging to a visible minority have moved into a census tract area that makes up the southern two-thirds of the neighborhood, between 2011 and 2016.

In Southern Barrhaven, around 43 percent of residents occupying private households are visible minorities, more than double the city average which sits around 20 percent. Around 26 percent of Barrhaven’s minority average are of South Asian descent, followed by Chinese at 24 percent, Black at 14 percent, and Arab at 13 percent. While these numbers are a few years old, it is expected the minority average is even higher now as the community continues to grow. As Mayor Jim Watson has stated in the past, Barrhaven is indeed a mini-United Nations.

In Barrhaven in general, over 150 languages are spoken, a small dent in the 7,102 languages that are spoken worldwide. There are also over 15 religious gathering spaces in the Barrhaven community, all of which practice different beliefs. A new Presbyterian Church is slated to be built next to St. Joes High School on Greenbank Road, and the Salvation Army has acquired land off Leikin Drive to build a new multi-purpose facility, which would include a religious gathering space. Having such a diverse population in Barrhaven is one of the things that makes this community so special. With it brings new cultures, events and celebrations, as well as a wide variety of food choices. Not so long ago, it was difficult to find “exotic” ingredients in the supermarkets. Today, simply going grocery shopping can be a culinary cultural experience. At this year’s Canada Day in Barrhaven event, 16 different cultural acts took to the multicultural stage, which was proudly sponsored by the South Nepean Muslim Community. For the past few Canada Day celebrations at Clarke Fields, festival-goers were wowed by the amazing performances. The old farming, sleepy suburb of Barrhaven is now a vibrant, multicultural centre.