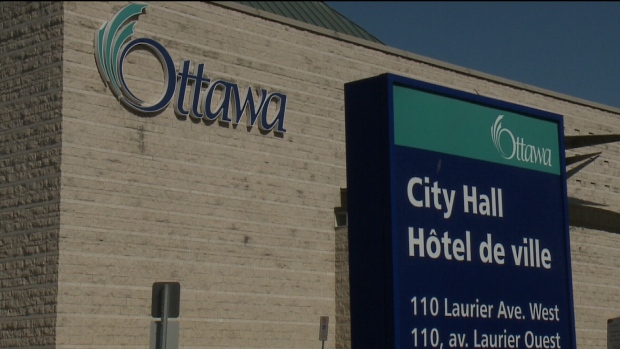 On Wednesday, November 6, Mayor Jim Watson tabled the city’s budget for 2020, one which will resonate with residents all across the city and will also see the creation of an anti-racism secretariat.

Next year the city plans to spend a total of $3.76 billion, about $137 million more than last year. That money will go into essential city services – everything from roads, to traffic, and policing. It will also see a municipal tax increase of three per cent, which the Mayor says will “ensure Ottawa remains a safe, vibrant, and affordable city for our residents for decades to come.”

But one of the biggest things to come out of the budget which will help Barrhaven residents is the $7.5 million put aside to improve bus service and reliability on OC Transpo Routes. That includes 19 regular buses being added onto the fleet, and some of the 270 buses serving as direct routes from Tunney’s Pasture to Fallowfield Station.

The budget also proposes $43 million to be put towards the replacement of 63 buses which have reached the end of their life cycle. An additional $6 million is proposed to be introduced for an electric bus pilot program.

For Para Transpo riders, $33 million has been put towards the service which has seen an increase in ridership — $2 million more than in previous years.

When it comes to the LRT system, the city is proposing to spend $817 million next year for the Stage 2 expansion, which will see the trains go out to Baseline Station in the west, Place D’ Orleans in the east, and Bowesville Road and the Airport in the south.

Money will also go towards the improvement and maintenance of roads, with an additional $22.5 million being put towards road work. That includes $49 million for the renewal of Merivale Road, a project which was started this year and is ongoing. $9.8 million will also be put towards pothole repairs – a seven per cent increase from last year. In just the first few months of 2017, the city repaired over 30,000 pot holes, a number which increased last year due to our winters seeing more thaw/freeze cycles.

The city is committed to upping the amount of affordable housing in Ottawa, and that commitment is continuing with $15 million being invested – the same amount as last year which was a record for the city.  Mayor Watson announced three new projects which will see shovels in the ground next year, and said in 2019, 250 new affordable housing units were built. This has brought a big sign of celebration for the Action Housing Group, which currently has a waiting list of over 12,000 people who are looking for affordable, low income housing.

I am also very pleased to see the creation of an anti-racism secretariat, which would continue the city’s work of equity and inclusion. This idea was brought forward by Councillor Rawlson King, who says having this service will help address any issues of systemic racism and dissimilatory situations for residents.

Our new Police Chief, Peter Sloly, tabled the Ottawa Police Services budget after just eight days on the job, and it is one that will invest in the return of community policing. 30 new officers will be sworn in next year – 13 of which will be apart of two new neighbourhood resource teams. An additional investment of 4.2 million will also go into wellness programming, which includes peer support and access to professional psychological services.

I am very pleased with this proposed budget, and I am happy to see that more money will be invested into the transportation system. While more steps need to be taken, I am hopeful these changes will help improve the commute of Barrhaven transit riders.