Bees are responsible for much of the food on human beings table .  Functions of Bees are essential  for the survival of agriculture , that is pollination . In fact one third of global food supply is pollinated by bees. Bees keep plants , corps alive . Without bees human being would not have enough food to eat. The following corps are pollinated by food.  Almonds, apple, apricots, avocados, blueberries ,cantaloupes , cashews , coffee, cucumbers, eggplants ,grapes, kiwis, mangoes , okra , peaches, pears, peppers, strawberries , tangerines , walnuts, watermelons etc. Without bees these corps & many other corps  would cease to exist.

A study from Harvard School of public health found that, use of pesticides in agriculture  directly contribute to a phenomena known as colony collapse disorder (CCD) is essentially a process by which honeybees are decreasing or disappearing at an alarming rate from the world.

When bees pollinate various plants, they are also receiving their sustenance in return.

For example Maria  Spivak states that , “ Bees are not pollinating our food intentionally, they are out there , because they need to eat . Bees get all the protein , they need in their diet from pollen, and all of the carbohydrates they need from nectar. They are flower feeders. And as they move from flower to flower, basically on a shopping trip, they end up providing this valuable pollination service . “

“If the bee disappeared off the face of the Earth, man would only have four years left to live.”

In Holy Quran there is a sura no 16  named by “Al Nahal “where description about bees is available in verse no 68 & 69 . Here attention is to be drawn to the sura number “16”, as it has been discovered by present day scientists that, the female bees have got 16 pairs of chromosomes.

1400 years before it was not known that bee has got 16 pairs of chromosomes .Also total verses  in this sura is 128 = 16 X 8 means total number of verses in this sura is a multiple of 16. The total number of words in verse no 68 is 16 & 16 different Arabic alphabets has been used here although total number of Arabic alphabets is 28 .  Number of chromosome  in living organism determines the most essential characteristics of that organism which is similar like the characteristics or properties of  each element depends on number of protons available in nucleus of  the atom.

Summary about 16, which, is the one of the many mathematical miracles that appears in Holy Quran & the image of 16 pair of chromosomes has been displayed here  which has been discovered most probably in last century only..

The 16 Arabic  words in verse 68 are as follows

(The prophet through whom Holy Quran appeared was an unlettered prophet )

By using only 16 alphabets among total 28 Arabic alphabets , where the total number of words in the sentence is also 16 which is amazing .

The mathematical pattern that appears in verse  no : 68  related to chromosomes number 16  which was unknown before ,represents a challenge at present  to all human beings & it reminds the following verse of last Holy Book.

Sura  Bani Israel 17/88 If all men & Jin gathered together to produce the like of this Quran, they could not produce, one like it, however much they helped one another .

The verses of Holy Quran about Honey Bee

Sura Nahal 16/68 Your LORD inspired the bees (Arabic- Nahali is female bee ), saying, “ Make your home in the mountains, in the trees and also in the structures which men erect.”

16/69 Then eat (Arabic – kuli ) on every kind of fruits,  follow a path (Arabic –usluki ) of your LORD. From the belly (Arabic –Butuniha) comes a drink with different colours, which provides, healing for mankind . Indeed, there is a sign for people who give thought.

For the words “follow a path “Usluki “ is for females  & “Usluk” is for males , in the above verse “ Usluki” is used.

“butuniha” Arabic means multiple stomachs of a single female. Zoologists of today has discovered that the worker bees, those who collect pollen and make the honey are all actually female bees  & each  honeybee has got an extra stomach to store honey . Fourteen hundred  years before , when Quran was revealed, it was not known that all the worker bees are female & all  female bees has got an additional stomach for the storage of honey.

Healing properties of honey from diseases

It has got anti-bacterial properties. Honey is anti-oxidant it helps to make low blood pressure. It improves cholesterol , it controls blood sugar by increasing insulin, it lowers triglycerides, it is beneficiaries to heart health.

Genetic data / specific instructions is programmed in each pair of chromosomes for  living organism. The number of pairs of chromosomes is not the only factor that determines the structure of a living organism but genetic data /specific instructions stored in  each pair of chromosomes has got enormous influence to decide that the organism  will be included in plant group or animal group & these genetic data determine,  its body formation or shape or different stage of  body fabrication procedure  , parts of body, function of different parts of body ,characteristics etc. For example Human has got 23 pairs of chromosomes , where 23rd pair is sex chromosome .Chimpanzee , gorilla ,  orang-utan all of them has got 24 pairs of chromosomes which results similarity more than  dissimilarity in between this three animals. But potato has got also 24 pairs of chromosomes which belong to plant group & chimpanzee, gorilla etc belong to animal group. In this situation 1st pair of chromosomes of chimpanzee has one type of genetic data/ programme & 1st pair of chromosomes of potato has got different type of genetic data / programme. Same dissimilarity of data will be observed in case of 2nd, 3rd up to 24th pair of chromosomes when compared for chimpanzee & potato .So specific instructions or genetic  data or programme in their chromosomes places one species in animal group & another species in plant group . Programming or genetic data arrangement in a particular order to achieve a definite goal / objective / target , in molecular biological world  is an super intelligent activity which has been performed by GOD or the Creator of the Universe. The above discovery in molecular biology reject the theory of evolution (Origin of Species ) or cancel the  previous concept of transformation of one species to a completely different  species in course of time. As a result of this situation, it is clear that Human being is not a descendent of Ape (gorilla, Chimpanzee etc ) and  the concept of  origin of Human & ape, from common ancestor is not correct at present according to discovery in molecular biology. 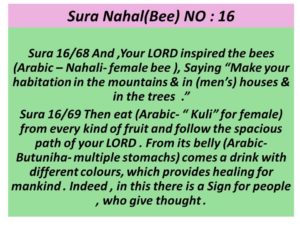 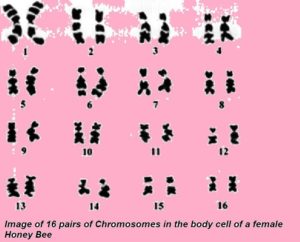 ( The above text has been composed by collecting information , data from different scholars related to research work , so it may be considered  as a team work not individual ..)