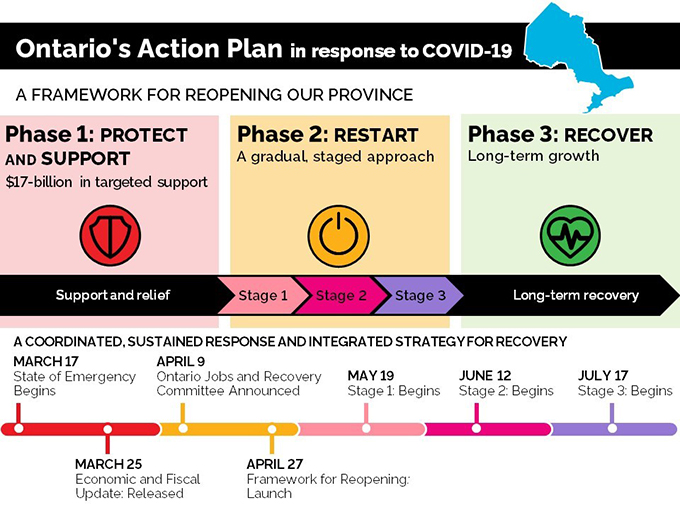 The province is gearing up to enter phase 3 and life in Ottawa is slowly returning to a new normal. We are very fortunate to see the number of new coronavirus cases drop, some days reporting no new cases at all.

But since March, the city has had to spend more than they typically would due to the pandemic, something we could not have possibly prepared for.

On Wednesday, June 24, Council was told the city would be facing a $192 million budget deficit this year due to additional costs and a significant loss in revenue due to the COVID-19 related measures.

A plan is in place, however, to lower the negative impacts this could have. City Treasurer Wendy Stephanson says the city will dip into reserves funds, delay some capital projects and continue a hiring freeze.

If help doesn’t come from the federal government soon, city manager Steve Kanellakos said there could be layoffs and service cuts next
year.

With most of the city closed, revenue the city would generate for the year is really down. No tourists will be flocking to our hotspot tourist attractions and city facilities like sports centres are not working at full capacity. Only in recent weeks have we seen services like city beaches, swimming pools, splash pads and libraries begin to re-open.

Revenues for the year are projected to be $241 million below budget and the city is facing $77 million in additional costs this year due to the pandemic. Luckily, the city has so far found $89 million in savings. To put into perspective how much of a deficit the city is facing, it would be equal to a 12 percent increase in your property taxes, said city treasurer Wendy Stephenson.

OC Transpo for example is facing a deficit of $120 million due to reduced ridership. With most people working from home, transit riders
are not renewing their bus passes. Since March, ridership levels are down 95percent but are now slowly starting to climb.

The numbers below outline how the city plans to save:

$82 million saved by deferring undetermined capital projects this year and $78 million from the capital close fund.

$6 million will be saved by implementing a full staffing pause until the end of the year.

$17 million will be saved from the Parking Reserve Contribution.

$87 million will also be borrowed from Tax and Rate Capital Reserves to help offset the transit budget deficit.

As we look ahead to the 2021 budget, it’s clear we will need help from both the provincial and federal governments to ensure we don’t need to drastically raise things like transit fares and property taxes. It could also possibly mean service reductions next year.

Mayor Jim Watson says he is looking for ideas from us at Council and you as the public to see how the city can save even more funds. He says he doesn’t plan to raise property taxes by more than three percent, something he promised in the last election.

With tens of thousands out of work due to the pandemic, the last thing the city should do is make it even more difficult for families, he said.

As always, I’d appreciate your ideas in feedback on how we can make the City of Ottawa and our community of Barrhaven better. Our office
is still here to serve you. To connect with us please email me at jan.harder@ottawa.ca, or give us a call
and leave a message at (613) 580-2473