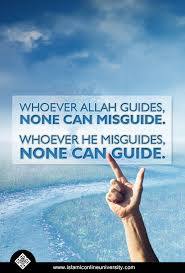 His name was Joe, By S N Smith, Ottawa

His name was Joe.
When I first met him he was a retired nurse. Many years ago, perhaps 17 or 18, while I was living in Montreal, he gave me a call. We had never met before and I don’t know who gave him my number. He was told that I offered a course on Islam and he was interested in sitting in on it. In fact, I did not offer such a course but I did not want to turn someone away who was willing to learn, so I told him I would call him back.
A couple of weeks passed and I still had not returned his call. Then he called again and told me that he was impatiently waiting for me and that he was eager to start the course. So we agreed on a time and place to meet. I gave him the book Islam: Beliefs and Teachings by Ghulam Sarwar and we agreed to meet every week and go over one chapter at a time and discuss the contents of what he read. We met for a few weeks on a regular basis and he would offer me his impressions of the readings as I listened patiently and attempted to clarify points to the best of my ability. Then one night, when I was not at the musallah, he showed up and took the shahadah. I was very happy to hear this but also disappointed that I was not there to witness it.
And then not too long afterwards, perhaps a few weeks, Joe took sick and had to be admitted to the hospital. I visited him once and it was obvious to me that he was losing his mental faculties as he was seeing things that no one else could.
After he was discharged from the hospital I called him a few times and then he told me that he would call me back when he was feeling better. I had not heard from him for a couple of weeks so I gave him a call as I was worried about his well-being. His friend just happened to be at Joe’s apartment and answered the phone and informed me that Joe had passed away. When I heard about this I arranged to have janazah prayed over him in absentia. He was not even Muslim for four months before Allah called him back to Himself.
Joe was 62 years old at the time of his passing.
Remember, dear readers, his name was Joe, and just a few months before he passed away Allah impressed upon his heart to give me a call and to eventually embrace Islam. I am happy that I had some small part to play in the final days of his earthly existence.
Remember Joe in your dua.
shawnsmith1964@gmail.com