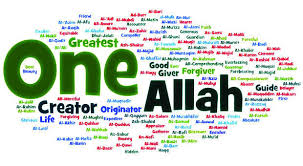 “Tawheed: Muslims must not lose sight of it’s importance” — By S N Smith

Despite all of the things the Muslim Ummah is currently going through, we must not allow unfolding events to steer us away from the fundamentals of our faith otherwise we will lose sight of what we ultimately stand for and believe. What makes us distinct from others is our belief in the oneness of Allah as presented to us in the Quran and the teachings of Prophet Muhammad (pbuh). We refer to this as “Tawheed” or “Islamic Monotheism” and it is the very core of the message of Islam upon which all of the other Islamic teachings rest. In fact, it has been argued that there does not exist a single verse in the Quran that does not mention tawheed, clarifying it and prohibiting what opposes it.

For the first 13 years of the Prophet’s (pbuh) call in Mecca, the message was primarily one of tawheed and warning against that which violates or negates it — shirk. The very first pillar of our faith is to bear witness that none has the right to be worshipped but Allah and that Muhammad (pbuh) is the Messenger of Allah.  In other words, the purpose of the coming of the Prophet (pbuh) was to present the message of tawheed as the foundational pillar of the Islamic call.  And is was the message of all of the previous prophets also. Allah says in the Quran:

“And verily, We have sent among every Ummah (community, nation) a Messenger (proclaiming): ‘Worship Allah (Alone), and avoid (or keep away from) Tághut (all false deities etc. do not worship Tâghüt besides Allah)’…” (16:36)

And the prophet (pbuh) further said: “The Prophets are brothers, their faith is one.” (Bukhari and Muslim)

So, if we get this wrong everything that follows will also be incorrect and our efforts will be rendered null and void. If we lose sight of this there is a real fear that we will fall into error and also the right to be called Muslims. Losing this is not something we should even consider.

We should not lose sight of the narration of the prophet (pbuh) who stated, “The Day of Judgement will not occur until some sections of my people have joined the idolaters and they will even worship idols.” (Tirmidhi)

May Allah protect us from falling into such error, but we have already witnessed, have we not?

And Allah says, “Invoke not with Allah another Ilâh (god) lest you be among those who receive punishment.” (26:213)

No matter what we may be going through at this very moment, and I know there is much suffering in this world right now, we must continually be aware of the purpose of our existence, the central reason we were born. Allah says in the Quran:

In addition, the Prophet (pbuh) said: “Humankind’s duty to Allah is to worship Him Alone, and not to associate partners to Him in anything.” (Bukhari -Muslim)

The Prophet also said: “Let the first thing you invite them to do is to testify that none has the right to be worshipped but Allah.” In another version in Bukhâri: -to assert Allah’s Oneness’ (Bukhâri, Muslim)

Some people experience an existential crisis and ask why they were placed on this earth. If the question cannot be answered there is a real fear that the questioner will fall into deep despair as evidenced by those people who have suicided and as a result of embracing atheistic philosophes have caused them to enter into a state of utter hopelessness.

So this belief in Allah and the obligation to worship Him and no one else is the fundamental reason why we live and breathe and gives us meaning and purpose even when life can be very difficult at times. Everything we do and encounter in life must always be grounded in this belief.

To highlight this point further, Allah further says in the Quran:

As Allah says in the Quran: “And your Ilah (God) is One Ilah (God -Allah) La iláha lila Huwa (there is none who has the right to be worshipped but He), the Most Beneficent, the Most Merciful.’ (2:163)

Furthermore, the Prophet (pbuh) said: “Allah says: The most beloved things with which My slave comes nearer to me, is the observance of what I have enjoined upon him” (Bukhari)

And what Allah has enjoined on us is to believe in Him, as presented in the Quran and the teachings of the Prophet (pbuh), and not to deviate or steer away from that. Otherwise, we may render our deeds as being null and void. As Allah says:

“O you who believe! Obey Allah, and obey the Messenger (Muhammad ﷺ) and render not vain your deeds’ (47:33)

And, “… But if they had joined in worship others with Allah, all that they used to do would have been of no benefit to them. (6:88)

Allah further says: ““And invoke not besides Allah, any that neither profit you, nor hurt you, but if (in case) you did so, you shall certainly be one of the Zálimün (polytheists and wrong-doers)’ (10:106)

It is important that we study tawheed on a regular basis while keeping in mind that the topic can never be exhausted. This is important because there are many ideas or events which will make us question or fall into doubt about our faith and it is thus important to fortify our belief with continual study so that our faith remains on a solid and unshakeable foundation.

I encourage my readers to pick up a good book on tawheed or follow an online course on this topic even when you think you already know this material. It is important to refresh what we already know, as well as keep in mind that taweed is not just something we learn once, but is something we study and reflect upon throughout the course of our lives.

The effort is worth it because we further strengthen our knowledge of the purpose of our existence and fortify ourselves against doubts.

Muslims are now in a position of weakness, division and disarray. There is much corruption, oppression and innovations resident in what is called the Muslim world. Muslims will only achieve victory when they return to the Book of Allah — the Qur’ân —  and the authentic Sunnah of the Prophet (pbuh) as a source of both guidance and legislation. Tawheed once again must be THE central worldview and ideology shaping everything that we Mulsims do if we expect help from Allah.

Allah further says: “Allah has promised those among you who believe, and do righteous good deeds, that He will certainly grant them succession to (the present rulers) in the earth, as He granted it to those before them, and that He will grant them the authority to practise their religion, that which He has chosen for them (i.e. Islam). And He will surely give them in exchange a safe security after their fear (provided) they (believers) worship Me and do not associate anything (in worship) with Me…” (24:55)

As this verse indicates, this victory that we seek is contingent upon what we as Muslims do, and the first necessary step is to bring the pure tawheed back into our lives.

And we say in all of our prayers:

“All the praises and thanks be to Allah, the Lord of the ‘Alamin (mankind, jinns and all that exists).”(1:1)